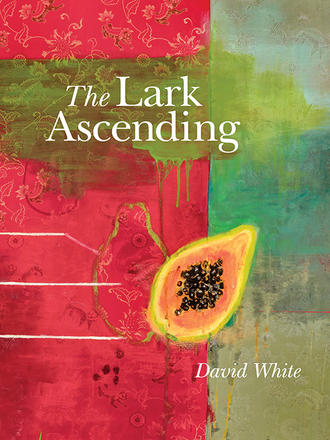 "A straight woman, a Gay man and a Chinese child. Our family couldn't have existed 30 years ago.In 1997 my friend Judy Jones adopted a girl from China; she asked me to be the child's godfather and I accepted. It was a fairly unsettled time in my life; I was uncertain about where ... Read more

"A straight woman, a Gay man and a Chinese child. Our family couldn't have existed 30 years ago.In 1997 my friend Judy Jones adopted a girl from China; she asked me to be the child's godfather and I accepted. It was a fairly unsettled time in my life; I was uncertain about where I was going to live due to unsettling events. I moved in with Judy and Shen, temporarily; but then I just stayed.Every now and again, I'd write poems about Shen and our life, from 1997 till the summer of 2016 when I began working on revisions. It wasn't until we went to China with Shen was 12 (2008), and visited the Orphanage where Shen spent the first year of life, that I began to think of the poems in terms of a book. A health scare in 2014 (I ended up spending four days in hospital, and Shen came every night and just sat in the room doing her homework until visiting hours were over) that I realized I needed to make some order out the manuscript."I had kept a journal while in China and when we had some down time in Shanghai I started to write poems about our trip. The first of the "travel" poems was "The Beautiful Ladies Of The Tang Dynasty." The first drafts of the poems happened while China was still very fresh in my memory; and I also had the journal as a source to turn to. And then, when Shen went off to York University to study music, and Judy and I were facing the "empty nest" (this was Fall 2014), I wrote a couple of pieces about that feeling you have when your child leaves home, and I knew then that the book was finished. Stan Dragland, who was the supervisor for my Master's thesis on Gwendolyn McEwan, read here in London. I read his new book and as his address was in one of the essays, I sent the manuscript off to him, not realizing at the time that his was also the address of Pedlar Press."

David White's first book is "The Lark Ascending" (Pedlar Press, 2017). "Written between 1997 and 2016, it infuses lyric meditation into narrative memoir and travelogue. A sequence of poems, it also serves as an essay about the culture that produced his adopted Chinese daughter, Shen -- to whom he dedicates the book. Spanning nearly twenty years of writing, the book captures the expansions and subtractions that mark the life and wisdom of 'a Queer Odysseus' with plenty to report about being alive in the twenty first century as an adoptive father, a gay man, a devoted friend, and a human being" (Michael Robeson, Canadian Literature). White's second book, "Local Haunts" explores London, Ontario and environs which Treaty #29 refers to as The Huron Tract; it will be published by Pedlar Press in 2019. He lives in London, Ontario and is a Professor at Fanshawe College.

Other titles by David White