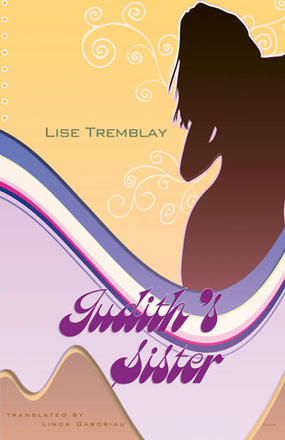 In 1968 an eleven-year-old girl contemplates her social prospects. Her mother is prepared to do anything to make sure her children don't grow up ?ignorant,? like Judith's attractive sister Claire. This coming-of-age novel focuses on solitude, alienation, obesity, lies, sexuality, ... Read more

In 1968 an eleven-year-old girl contemplates her social prospects. Her mother is prepared to do anything to make sure her children don't grow up ?ignorant,? like Judith's attractive sister Claire. This coming-of-age novel focuses on solitude, alienation, obesity, lies, sexuality, shame, madness, and fear of strangers, and everyone's first encounters with the betrayals of friends, family, and community.

Born in 1957 in Saguenay, award-winning Lise Tremblay is one of Quebec's best loved novelists, and winner of the Governor General's Award for Fiction for her third novel Mile End.

"Of course, literature is the goal of all writers. Few achieve it without stylistic tricks and even fewer, with the economy of words and metaphor found in this novel by Lise Tremblay. " —Pierre Foglia, La Presse

"An entertaining new novel from Quebec that will take many people back. The social changes at work in the late sixties are beautifully captured. This lovely little novel is a pleasure to read. " —Paul Ouellet, Radio-Canada

"Never has Lise Tremblay’s writing been so sober, minimalist or refined. And never more real. Never has her lucid, ironic view of the world she explores from one book to the next felt more authentic. " —Danielle Laurin, Le Devoir