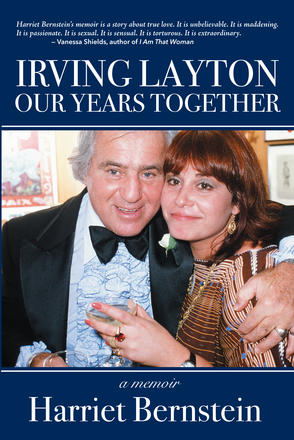 Much has been written by others about the relationship Irving Layton and Harriet Bernstein shared, and most of it is inaccurate. This book tells the true story, and in so doing provides a look into the CanLit scene between 1974-1981. Students and admirers of Layton's work will ... Read more

Much has been written by others about the relationship Irving Layton and Harriet Bernstein shared, and most of it is inaccurate. This book tells the true story, and in so doing provides a look into the CanLit scene between 1974-1981. Students and admirers of Layton's work will discover the genesis of many poems; other readers will find a unique and powerful love story, one that also probes issues of feminism, creativity, and self-creation.

Harriet Bernstein is a romantic feminist who married Irving Layton for love and for art. A former film business executive (the first female General Manager of a major film distribution company), she was for many years a single, working parent whose most important job and joy was being a mother, and now, a Bubbie. She lives a full, powerful, and vibrant life in Toronto, despite having to manage many physical challenges. Her goals are to keep writing and to continue to make great soups.

"I couldn't put down this vivid and sincerely rendered story of the tragic love between a beautiful, idealistic young woman and a brilliant aging poet. Relying on her old journals from the Seventies, and letters and poems by Irving Layton, Harriet Bernstein has broken her silence of thirty-seven years to tell us what it was like loving a creative maelstrom who once dominated our literature. Readers and scholars alike will relish Bernstein's memoir. "
--Susan Swan

"Bernstein writes compellingly this page-turner of a memoir, conjuring up her flower-power, ban-the-bomb, and burn-the-bra young womanhood in Toronto and Boston, but also those idyllic Greek islands where Leonard Cohen would drop by, all wry and ironic and sipping retsina. Not only is Bernstein a vital witness to that most vital poet, Layton, his gusto and genius, she is also the chronicler of that era--the 1970s--when women were becoming feminists and English-Canadians were beginning to believethat they could truly be Nobel-global poets and filmmakers of Oscar-awardconsequence. For me, she herself becomes a kind of reverse-Elizabeth Smart, that Canuck woman writer who gave seemingly all of herself to the British poet George Barker. No, Harriet Bernstein always maintained a coreindependence from Layton, despite loving him indelibly, and this remainsher own radiant, intellectual beauty, everywhere enlightening this sometimes tearful, and always wistful saga. "
-- George Elliott Clarke, 7th Parliamentary Poet Laureate (2016 & 17)

"Time does not heal all wounds. It can't. It shouldn't. Especially the wounds of true love. Time does, however, allow for reflection, for reckoning, for recounting and retelling. Harriet Bernstein's memoir Irving Layton: Our Years Together is a story about true love. It is unbelievable. It is maddening. It is passionate. It is sexual. It is sensual. It is torturous. It is extraordinary. "
-- Vanessa Shields, author of I Am That Woman and Look at Her 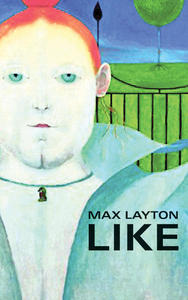 Max Layton's collection  LIKE (Guernica Editions) operates under the directive that this ubiquitous word – "like" – be used in every poem. We chat with Max about how losing his sight opened the "floodgates" to writing songs and poetry, what inspires his work, and his ... Read more 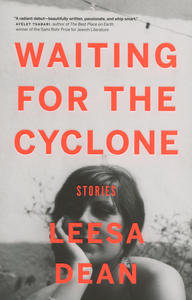 Leesa Dean's debut short story collection,  Waiting for the Cyclone (Brindle & Glass), is indeed the swirling shakeup we've all been waiting for: a bold collection of stories headed up by fierce, unapologetically real women that Ayelet Tsabari would "like to hang out with." ... Read more 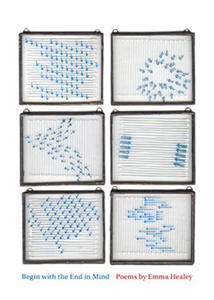 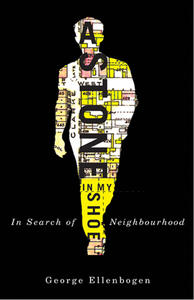 Where in Canada: Strolling around the Plateau Mont-Royal

A Stone in My Shoe is a celebration of Montreal's dense low-income downtown immigrant neighbourhood of the author's youth. Known today as Plateau Mont-Royal, for the first 50 years of the last century it was home and cultural crucible for a critical mass of Jewish immigrants ... Read more