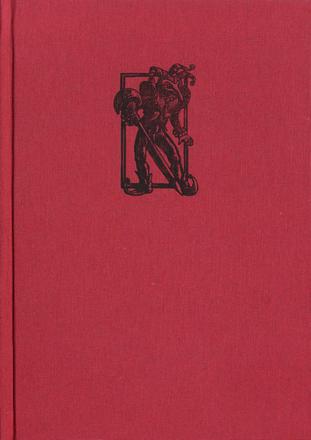 First published as a limited edition in 2005 by the celebrated American private press Bird & Bull, In Black & White is Wesley Bates’ account of his career as a freelance illustrator. Beginning with his earliest inspirations in the pages of books browsed in childhood, Bates ... Read more

First published as a limited edition in 2005 by the celebrated American private press Bird & Bull, In Black & White is Wesley Bates’ account of his career as a freelance illustrator. Beginning with his earliest inspirations in the pages of books browsed in childhood, Bates recalls his first set of wood-engraving tools, his first and subsequent commissions, becoming established in the Hamilton arts scene, and his collaboration with friends and acquaintances in the private press and publishing communities.

Bates tells the stories behind several book projects and commissioned works, including illustrating W. O. Mitchell’s The Black Bonspiel of Willie McCrimmon for McClelland & Stewart, George Elliott Clarke’s award-winning Execution Poems for Gaspereau Press and the lasting friendship that developed in the process of illustrating the work of American poet and essayist Wendell Berry.

In Black & White also provides glimpses into the world of private presses. Through Bates’ collaborations and friendships, and his participation in annual affairs like the Typocrafters conference and the Grimsby Wayzgoose, we meet the publishers of Larkspur, Aliquando, Bird and Bull, and Appletree Alley presses. We also follow Bates’ growing interest in book arts and typography which resulted in his establishing his own West Meadow Press in 1984.

Bates also describes some of the techniques of wood engraving and printmaking, describing the rise, fall and later resurgence of wood engraving in both the book and advertising industries. Colour and black-and-white reproductions of Bates’ prints illustrate both the examination of technique and the story of an exciting career so far.

“This project was born out of the kindness and patience of two publishers,” says Bates. “The first edition was published by Henry Morris at Bird & Bull Press in Newtown, Pennsylvania. Henry kindly suggested that he would like to print ‘a bunch of my engravings’. He then said that it would be very interesting to have the stories behind the engravings. When I showed some reluctance to do that much writing he countered ‘How much trouble can it be? Tell the story and don’t let the truth get in your way’. Then he waited patiently for almost two years. There were a fair number of phone calls from Henry where he explained that kindness and patience are not infinite. But in the end Henry printed the blocks and the text beautifully and he made a book for which I will be forever indebted to him. The second publisher is Andrew Steeves & Gary Dunfield’s Gaspereau Press, which makes very fine books. Their motive for the present edition is kindness and their modus operandi is patience. I find it wonderful how great publishers think alike. ”

This book is a trade hardcover. The text will be typeset in Dante and printed offset on wove-finish paper making (estimated) 160 pages trimmed to 7 × 10 inches. The sheets will be Smyth sewn, case bound in paper-covered boards and enfolded in a letterpress-printed jacket. The book includes over 75 illustrations.

Wesley Bates was born in the Yukon and raised in Saskatchewan. He now lives in Clifford, Ontario, where he runs West Meadow Press. Known primarily as a wood engraver, Bates’ work has been commissioned by numerous publishers, including Penguin, Random House, McClelland & Stewart, The Porcupine’s Quill and Gaspereau Press.

Other titles by Wesley Bates