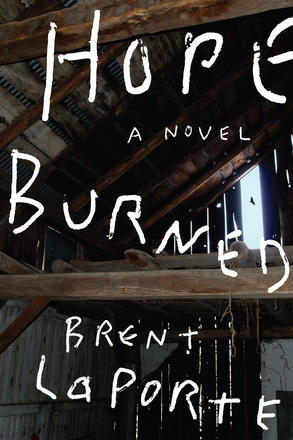 You sit down at the weathered harvest table to write a letter to your son. You need to explain the horrific events of the night, the circumstances that stained your hands with so much blood — the horrors that led you to take the lives of your own father and grandfather.

You sit down at the weathered harvest table to write a letter to your son. You need to explain the horrific events of the night, the circumstances that stained your hands with so much blood — the horrors that led you to take the lives of your own father and grandfather.

You journey back through darkness, deliberately, tentatively, to recover your own childhood. You compose your captivity, your torture, and the brutality of the men you’ve just killed. This was life on the farm: the strange and unspeakable things that went on.

By the very same light you also write about escape, about security, compassion, and even love. The simple kindnesses that made you the man you are today, shielding you from danger, teaching you to live….

At once as bleak and moving, tense and beautiful as Cormac McCarthy’s The Road, Brent LaPorte’s Hope Burned emerges from the ashes of the simplest, nearest apocalypse, from the innocence of childhood utterly betrayed, to ask which is the more difficult: to choose to live, or to die?

Brent LaPorte lives in Courtice, ON. This is his first book.

“[An] unflinching stealth bomb of a novel. LaPorte's narrator, the blood on his hands still fresh, confesses his deed on the first page: He has just murdered his own father and grandfather. The novel is Tom's confession, made in one long night to his sleeping son. . . . LaPorte uses the homespun as a subtle narrative equivalent of its real-life purpose: girding us to endure the darkness, whether it's remembered or anticipated. ” — Globe and Mail

“The book is unsettling in its shocking descriptions of abuse, but is alternately impressive in terms of Laporte’s ability to understand his characters so well — even their darkest parts — and then reveal their souls to the reader, so that we may glimpse into why they do such terrible things. ” — subTerrain

"This fine novel begins with a shocking revelation and ends with another one. . . . An impressive debut from an author who bears close attention. " — Booklist

“Another short but good read from indie Canadian publisher, ECW Press . . . Perhaps the most striking thing about the book is the authors ability to get into the heads of the characters of the book . . . I definitely look forward to further work from this author. ” — Spitting Venom Reviews

Other titles by Brent LaPorte