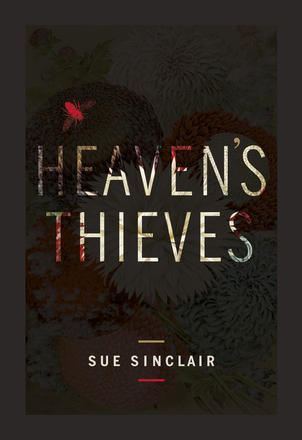 Lyric poems built with consummate skill by a poet at the peak of her powers.

Heaven's Thieves is a collection engaged with the big questions--What are bodies for? What does it mean to be alive? What is beauty and why does it have such power over us? What is the point of art?--and ... Read more

Lyric poems built with consummate skill by a poet at the peak of her powers.

Heaven's Thieves is a collection engaged with the big questions--What are bodies for? What does it mean to be alive? What is beauty and why does it have such power over us? What is the point of art?--and the urgent ones--how to live in a shattered ecology, what to do about grief, illness, betrayal. Sinclair turns her attention to these questions with fearless curiosity, economy, and an originality born of her willingness to pursue her own line of inquiry to its limit. These poems get close and cut deep, mixing subject and object, surface and soul: "Red mud glistens / like cut fruit--or like the knife / that did the cutting, laid down. "

In this, her fifth collection, Sinclair knows that nature is both "done to death" and "inexhaustible"; that art is an elegy for experience, but even so,

. ..to die
is not to wash through the body of a deer like a ghost;
it isn't to skulk under a living skin.
It's a change in the value of things. (from "The Dead")

Experience and its value are changed in these poems. They are as wise as they are disruptive, and they change us as surely as they remake the world.

Praise for Sue Sinclair:
". ..a poet who looks long and hard at the world to draw existential meaning. Her studious gaze is insightful, even - dare I say it in this secular age - soulful. " --Barbara Carey, The Toronto Star
". ..vivid, lively, crisp, and packed with delicious surprise metaphors. " --Anita Lahey, Arc Poetry Magazine

Sue Sinclair is the author of four previous collections, all of them nominated for regional and/or national awards. She also recently completed a PhD in philosophy at the University of Toronto on the subject of beauty and ethics. In 2012 she was Writer-in-Residence at the University of New Brunswick, and in 2013 she served as the inaugural Critic-in-Residence for CWILA. Sue was raised in Newfoundland and is now based in Montreal, where she writes, edits and teaches.

"In Heaven's Thieves, Sue Sinclair offers us a gorgeous, authoritative, boundary-leaping meditation on beauty and incarnation. Sure-handed of music and chiselled of mind, realm-crossing and fearless, Sinclair's poems live, think, and feel, by and in matter, about things that matter. Sinclair's book, that is, informs, in the fullest sense. And equally, dazzles. "--Jane Hirshfield 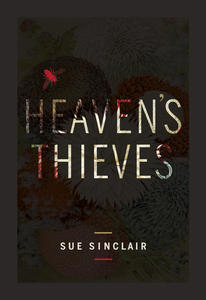 ALU resident mixologist Tan Light comes up with a one-two punch of espresso and Kahlua, echoing the punches of "Come in. Nothing There. / Come in. Nothing." of Tan's favourite poem in Sue Sinclair's latest collection,  Heaven's Thieves (Brick Books).