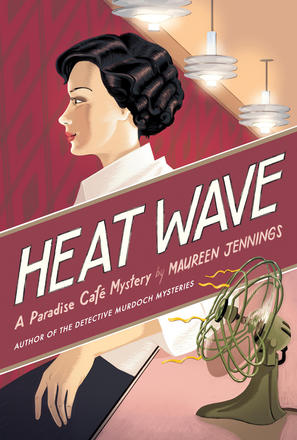 It's July 1936 and Toronto is under a record-breaking heat wave. Charlotte Frayne is the junior associate in a two-person private investigation firm, owned by T. Gilmore. Two events set the book’s plot in motion: an anti-Semitic hate letter is delivered to Gilmore, who up ... Read more

It's July 1936 and Toronto is under a record-breaking heat wave. Charlotte Frayne is the junior associate in a two-person private investigation firm, owned by T. Gilmore. Two events set the book’s plot in motion: an anti-Semitic hate letter is delivered to Gilmore, who up to now has not acknowledged his religion, and Hilliard Taylor, a veteran of the First World War requests the firm’s assistance in uncovering what he believes is systematic embezzlement of the Paradise Café, which he owns and operates with three other men, all of whom were prisoners of war. The two events, although seemingly completely unrelated, come together in this wonderful novel that brings to life characters who are as real to the reader as those of the Murdoch series.

Maureen Jennings was born in the UK and now lives in Toronto. Best known for the Detective Murdoch books, which have been adapted into the long-running television series, Murdoch Mysteries; she is also the author of the Tom Tylerand Christine Morris books. Her books have been translated into other languages, including Polish, Korean, French, German, Italian, and Czech. Murdoch Mysteries has been aired in many countries, including the UK, the US, Poland, Hungary, Romania, Czech, Slovakia, Slovenia, Croatia, Serbia, Bulgaria, Greece, Ukraine, and the Baltics.Jennings was awarded a Certificate of Commendation from Heritage Toronto in 1998 and the Grant Allen award for ongoing contribution to the genre in 2011. She has received a total of eight nominations from the Crime Writers of Canada, for best novel and best short story of the year.Jennings lives in Toronto with her husband, photographer Iden Ford, and her dog, Murdoch.

"In contemporary fiction, the millennial-aged single woman is often a character through whom we identify our own paucity and miscalculations: the lack of children, money, stability or foresight providing a plot in which to flail. What a relief it is then to spend time with a protagonist who isn’t defined by the traditions she rejects – in the summer of 1936, no less. "

"The plotting of this slim novel is seamless. There’s only 240 pages but we solve not one but two mysteries and learn a great deal about the protagonist and the supporting characters in her life. Nothing is rushed or glossed over; the storyline climaxes in a short yet action-packed few pages, and our journey to that point wasn’t totally unpredictable, but enjoyable nonetheless. " 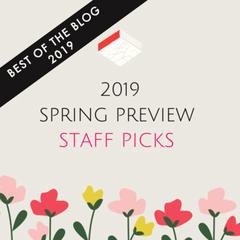 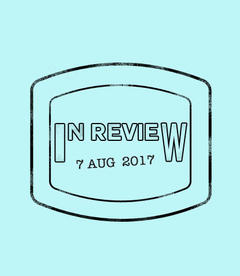 In Review: The Week of August 7

This week our book club got real chatty about China, love, and translation and stepped up our London, ON knowledge (did you know Kim Mitchel's song “Patio Lanterns” wasn't named after the dangling bulbs on the patio of  a favourite bar?!). 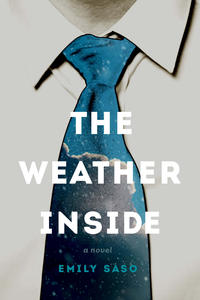 Emily Saso's debut novel  The Weather Inside (Freehand Books) is deliciously surreal: a young, recently married woman witnesses ice and snow – both when outside and inside her tiny Toronto apartment – when everyone else complains of the heat. Learn more about this novel ... Read more

Other titles by Maureen Jennings