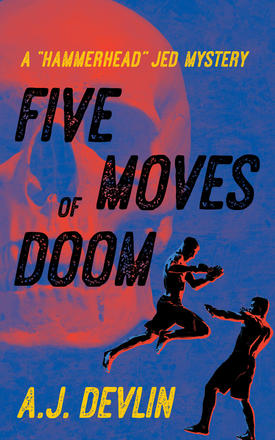 Hired by local mixed martial arts trainer Elijah Lennox to find a missing UFC Championship belt, pro-wrestler PI “Hammerhead” Jed must extract answers from the tight-knit MMA community. Still consuming his weight in banana milkshakes, Jed ventures into a world of jewel thieves, bodybuilders, eccentric yoga enthusiasts, and adorable baby goats. As he infiltrates an exclusive and unique no-holds-barred fight club, Jed might just find himself down for the count …

Five Moves of Doom is a high-altitude and high-attitude entry in A. J. Devlin’s award-winning mystery series, one that finds its hero pushed to his absolute limit, relying on his closest allies to survive, and making choices he never thought he’d have to make.

Youhave a couple of options when you answer the door wearing nothing but askin-tight pair of André the Giant boxer briefs before being arrested formurder.

ONE: You accept what’s happening andfully embrace your shame.

TWO: Youman up and rock those undergarments with the same aplomb James Bond would whilesipping vodka martinis (shaken, not stirred) at a no-limit baccarat table inthe Casino de Monte-Carlo.

I attempted to pulloff the latter and tried to puff out my hairy chest, which was suddenly itchyas hell. I also quickly real­ized my torso was long overdue for a trim.

“BurtReynolds on a bearskin rug ain’t got nothing on you, Big Guy. And while I’msure a bunch of tabloids will duke it out for the privilege of splashing thisiconic pose all over the cover of a future issue, I’d hardly call that bulgethe Eighth Wonder of the World. ”

Vancouver Police DepartmentHomicide Detective Constable Rya Shepard, flanked by two uniformed officers,tugged on the lapels of her tan pantsuit blazer before nodding toward my junkand rolling her eyes.

“Hello, Rya. You seem chipper. ” Igrabbed a T-shirt and pair of track pants on the banister beside me and slippedthem on faster than it takes a piece of weakened two-by-four western red cedarto break in half over my forehead after winning a wrestling match.

“DetectiveShepard?” asked one of the uniformed officers beside the woman I had long lovedwith feelings I had never shared.

One of the cops struttedforward, yanked my wrists behind my back, and handcuffed me while his partnerpulled a laminated card from a pouch on his police duty belt and proceeded toread aloud my rights. “John Edward Ounstead, AKA “Hammerhead” Jed Ounstead. Youare hereby under arrest for the murder of—”

I couldn’t takeit anymore. “What the hell, Rya?!?”

“Don’t make this anyharder than it has to be,” she said, hang­ing her head.

Iclenched my jaw as Officer Tweedle-Dumb snapped on the metal restraints.

“Thisisn’t a heel turn, Detective. You know me. I’m not a murderer. ”

Ryacrossed her arms and finally looked me in the eye. “I hope you’re right, Jed. ”

She turned her back to me. “Take himaway,” she said softly to the officers. 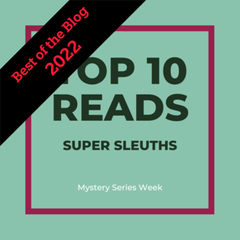