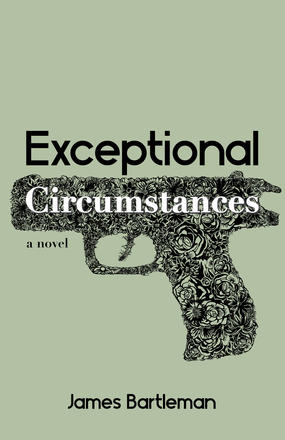 Autumn, 1970: Hostage-taking separatists in Quebec abduct a foreign diplomat and a cabinet minister and threaten violence across the country. As fear sets in, the government turns to Luc Cadotte, a specialist on international terrorism and veteran of the clandestine struggles ... Read more

Autumn, 1970: Hostage-taking separatists in Quebec abduct a foreign diplomat and a cabinet minister and threaten violence across the country. As fear sets in, the government turns to Luc Cadotte, a specialist on international terrorism and veteran of the clandestine struggles in Latin America.

From the jungles of Colombia to Montreal under siege, former diplomat James Bartleman plots a turbulent thriller based on events he witnessed first-hand. Swerving between fanatical ideologues and crass careerists with bloody hands, Cadotte has to choose sides when they all seem dirty, and put everything on the line in a crisis that puts all that he stands for to the test.

James Bartleman is the former lieutenant governor of Ontario and the bestselling author of the novels As Long as the Rivers Flow and The Redemption of Oscar Wolf. A member of the Chippewas of Rama First Nation, he is also a retired ambassador and a member of the Order of Canada. He lives in Perth, Ontario.

James Bartleman has written a challenging novel of ideas. Set in the world of Canadian diplomacy in Latin America of the 60s and 70s, with a climax during the FLQ crisis, Exceptional Circumstances portrays moral issues and dilemmas that are directly relevant to the most current of events in Canada. Bartleman draws on his extensive background as a diplomat and intelligence community insider, as well as on the unique perspective offered by his aboriginal heritage, to shine a bright light on a question we can no longer ignore: can we protect our nation’s security without losing our soul?

Bartleman writes an excellent “spy novel” tempered in the realism of the time, situation, and politics. Class, minorities, justice, and cold war politics all shape this novel. There is not so much a battle between good and evil as it is a battle between varying shades of gray… An exciting action novel in places and a thought provoking novel throughout.

Exceptional Circumstances is a thoughtful and modern presentation of the idea that political leaders can do illegal things based on necessity. It is a pernicious concept that Bartleman skillfully weaves through the politics of Colombia and Cuba and ends with its unvarnished and unnecessary use in Ottawa during the FLQ crisis in late 1970. Luc Cadotte, a young Metis from Georgian Bay, the main character, joins Foreign Affairs and is seduced into the shadowy world of global “exceptional circumstances” but a strong sense of home and family comes to the rescue. It is a must read for all who are disturbed by the willingness of democratically elected government to unfavorably alter the balance between the rulers and their citizens. More than two thumbs up. Gar Pardy, former Ambassador and Director General of Consular Affairs, Foreign Affairs Canada.

From the jungles of Colombia to Montreal under siege, former diplomat James Bartleman plots a turbulent thriller based on events witnessed firsthand.

Other titles by James Bartleman