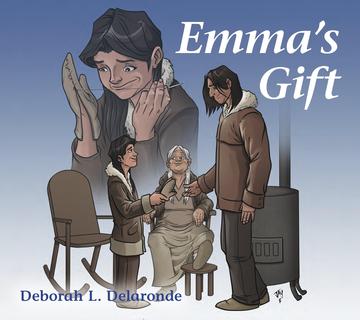 Emma wants to participate in her community's annual 'King's Day' celebration that is held every year on January 6th. She loves to see the gifts that are given and hear the stories people tell when they visit. Her mother, however, feels that Emma is too young. When Emma's grandmother ... Read more

Emma wants to participate in her community's annual 'King's Day' celebration that is held every year on January 6th. She loves to see the gifts that are given and hear the stories people tell when they visit. Her mother, however, feels that Emma is too young. When Emma's grandmother hurts herself, Emma reluctantly agrees to help. In helping her grandmother prepare and serve her King's Day meal, Emma discovers the meaning behind this special day. 'King's Day' is about celebrating Christ's birth and the Three Wise Kings who visited the baby Jesus bearing gifts on this holy day. Emma learns that 'King's Day' is not only about exchanging gifts, it's also about helping family and friends by giving one's time. Beautifully illustrated by Jay Odjick.

Deborah L. Delaronde-Falk lives in central Manitoba on a cattle ranch along the western shores of Lake Winnipegosis. She honours her Metis heritage by writing and publishing under her maiden name. Deborah's twelve published stories except for Friendship Bay and The Rabbit's Race focus around Metis protagonists with story situations that she hopes will convey the way of life of the Metis people in both a historical and contemporary context. Louis Riel Day: The Fur Trade Project is Deborah's twelfth book. Deborah retired as a children's librarian having worked for twenty-six years at Duck Bay School in the community of Duck Bay, Manitoba. She earned her employer Frontier School Division's 'Outstanding Contribution Award' and the prestigious 'Lieutenant Governor's Medal for Literacy' Award presented by The Honourable Peter M. Liba', Lieutenant Governor of Manitoba. Deborah is the first recipient of the 'Beatrice Mosionier Aboriginal Writer of the Year Award, 2015.

Jay Odjick is an artist and writer from the Kitigan Zibi Anishinabeg Algonquin community. He works as a freelance illustrator in publishing, children's book illustration, design and television as well as writing and drawing comic books. Jay created the cover artwork for The Dreamer's Legacy by Celu Amberstone, as well as cover and interior artwork for Emma's Gift by Deborah L. Delaronde.

King's Day was a special day in Emma's community. Every year on January 6th, people would celebrate the Epiphany, and the Three Wise Kings who visited baby Jesus bearing gifts. Emma's family was busy preparing for it. Emma sat by the window using the sun's light to knit woolen fish mitts for her dad. "When will I be able to take part in King's Day?" Emma asked her mom. "Hmmm. ..," Mom mumbled, chewing on a sinew thread. "There's more to King's Day than you may think. "Emma heard the familiar jingle of Uncle Michel's horse bells. He had a wooden box filled with pickerel, northern pike and mullets on his sleigh. "Were you able to catch my favorite fish?" Emma asked. "I didn't even need a net," Uncle Michel replied with a wink and a smile. "The fish must have known this box was for you because they jumped in there all by themselves. " He held up one of his buckskin mitts showing a big gaping hole. "But look what happened when I fished your net," he said. Dad laughed, "I'm almost positive you'll be getting a new pair today. " Mom always sewed and beaded buckskin mitts for Uncle Michel as a King's Day gift. Dad took the mullets from the box and began to fillet them. Emma knew that when he was done, it would be her turn to wash and then grind the fillets so her Mom could fry fish patties to feed their King's Day visitors. Emma watched him work until she heard the jingle of bells from another horse. Dad was busy so she greeted Mr. Flett. "Is your grandmother home?" he asked. "She's been waiting for you," Emma replied. "She was worried that she wouldn't have enough wood when she started cooking her King's Day meal. " Grandma always sewed and beaded mukluks for Mr. Flett as a King's Day gift.

Other titles by Deborah L. Delaronde