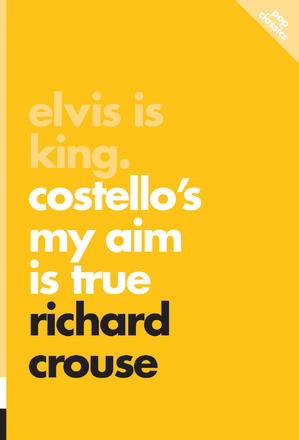 Before Elvis Costello was one of Rolling Stone’s greatest artists of all time, before he was inducted into the Rock and Roll Hall of Fame, he was Declan P. McManus, an office drone with a dull suburban life and a side gig in a pub rock band. In 1976, under the guidance of legendary label Stiff Records, he transformed himself into the snarling, spectacled artist who defied the musical status quo to blaze the trail for a new kind of rock star with his debut album, My Aim Is True.

In Elvis Is King, Richard Crouse examines how the man, the myth, and the music of this arrestingly original album smashed the trends of the era to bridge the gap between punk and rock ’n’ roll.

Richard Crouse is the regular film critic for CTV’s Canada AM, CTV’s 24-hour News Channel and CP24. His syndicated Saturday afternoon radio show, Entertainment Extra, originates on NewsTalk 1010. He is also the author of six books on pop culture history including Raising Hell: Ken Russell and the Unmaking of The Devils and The 100 Best Movies You’ve Never Seen, and writes two weekly columns for Metro newspaper. He lives in Toronto, Ontario.

“There’s no pretentious navel-gazing or ‘how do I fill 100 pages?’ tangents in Elvis Is King: Costello’s My Aim Is True. Like that no-bullshit debut album released at the end of a decade infamous for its poses and pomposity, Crouse’s book says what’s necessary in fast, furious fashion, covering Costello’s musical upbringing, his debut’s recording, its marketing, its songs, and subsequent stage and TV support appearances. Never does he lapse into obnoxious and very un-Rock & Roll pseudo-academic blather. ” — Psychobabble

"There is little doubt the entire project is a labor of love that many readers will find contagious as they listen to My Aim Is True again or for the first time. " — PublishersWeekly. com

"Though relatively brief (and appropriately so, given its narrow focus), Elvis Is King presents a tight, thorough portrait of the musician as a young man that will appeal not only to die-hard Costello fans but rock historians in general. " — Small Press Reviews

"His little book is worth a read. " — ARSC Journal 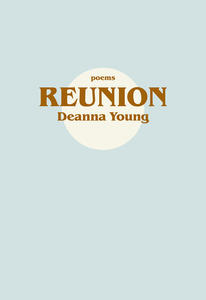 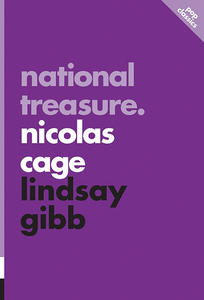 Other titles by Richard Crouse