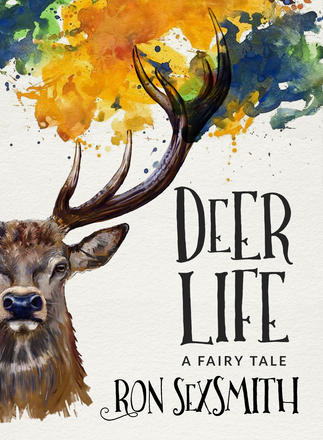 Deryn Hedlight was not having a very good day and it was about to get much worse. He’d read stories of witches as a boy, but never believed for ... Read more

Deryn Hedlight was not having a very good day and it was about to get much worse. He’d read stories of witches as a boy, but never believed for a second they were true. That is, until an unfortunate hunting accident turns his world upside down. What seemed like an honest mistake leads to an altogether unexpected transformation. But poor Deryn wasn’t the only wronged character tied up in these gloomy circumstances and sinister forces.

Deer Life tells the story of a kind-hearted boy from Hinthoven and his mother_s undying love. Mostly though, it’s all about patience, friendship, and heroism where you least expect it.

Ron Sexsmith is an internationally acclaimed, Juno Award–winning recording artist. He spends most of his time writing songs, touring, and making records. Deer Life was mostly written on the road, during long drives and in dressing rooms and hotel rooms. Ron lives in Perth County, Ontario.

Leaves in the whirlwind, scarecrow’s clappin’
All good children ought to be nappin’.
The cows in the tree, the bird’s on the ground
For your dream’s just a nightmare upside down.

Sexsmith’s novel has much the same effect as his music, conveying uncertainty with fearlessness and heart.

Full of mischief, magic, heroes, villains and the kind of lyricism you would expect to find from Sexsmith’s writing.

A tale that will entertain, amuse, and, yes, even educate. No small accomplishment for a writer.

A brilliant fairy tale that begs to be read.

Deer Life is a charming tale with a lot of heart.

It’s a bit Disney and a bit Dickens, and in the end, love conquers all.

There’s a sort of musical quality to Ron’s writing.