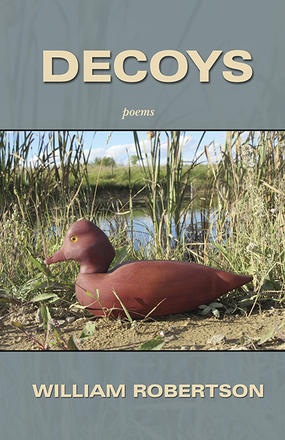 William Robertson writes with a quiet, unpretentious gait. He leads us through the beauty he finds within the simplicity of an honest life. His poems explore how his roles as father and grandfather allow him to share his love of the natural world, and his passions ignite especially ... Read more

William Robertson writes with a quiet, unpretentious gait. He leads us through the beauty he finds within the simplicity of an honest life. His poems explore how his roles as father and grandfather allow him to share his love of the natural world, and his passions ignite especially when he writes about his love of birds. He asks if it would be possible for us all to be lovers of birds with the ardour of St. Frances of Assisi. “In the creek, birds I’ll probably never name explain their desire.” He writes as if quiet devotion just might release their thoughts.

At the time of writing this book, William Robertson was a homemaker. He now lives in Saskatoon.

William Robertson’s engaging animal encounter poems come from that place where experience segues into anecdote and anecdote into kitchen table wisdom. Walking-paced, often wry, low-falutin in manner and speech, they channel the music of the vernacular, where ‘official’ walleye are still pickerel and even fish tales need no inflation to make them sing.
— Don McKay

This long overdue new collection by William Robertson celebrates the transformative moments that illuminate the everyday — a raven in flight, a son’s laughter, a fisherman’s perfectly-cast fly touching down on the surface of the stream. As the title suggests, the poems search for the true sentiment, the true image or insight to light out way, to guide us through the losses that accumulate in every human life.
— Elizabeth Philips, award-winning poet and novelist, author of Torch River and The Afterlife of Birds. 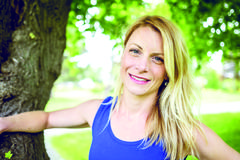 Other titles by William Robertson