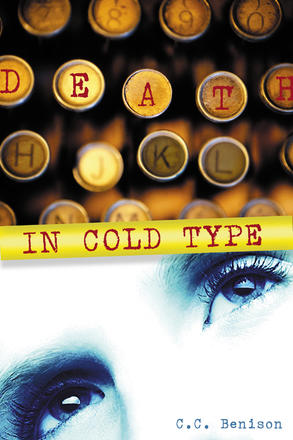 Newspaper reporter Leo Fabian doesn't think of himself as an opportunist. But when the object of his desire, Stevie Lord, loses the object of her desire to murder, he finds a whole new way to penetrate a woman's heart.

Who would want to kill Michael Rossiter anyway? Scion of ... Read more

Newspaper reporter Leo Fabian doesn't think of himself as an opportunist. But when the object of his desire, Stevie Lord, loses the object of her desire to murder, he finds a whole new way to penetrate a woman's heart.

Who would want to kill Michael Rossiter anyway? Scion of an old Winnipeg newspaper family, he may have been rich, but he didn't really seem to have enemies. But as Leo delves deeper into the circumstances surrounding Michael's death, he learns some surprising things about his friend that quite possibly led to his demise. Michael's brutal fate mires Leo in a case that comes to embroil his fellow reporters at the Winnipeg Citizen, including troubled feature writer Liz Elliot, volatile lifestyle editor Guy Clark, and Michael's narcissistic sister Merritt Parrish, whom Michael had tried to help get back on the straight and narrow. One of his oldest friends, Axel Werner, also becomes involved and, of course, Stevie, the woman Leo loves.

The past intrudes in new and disturbing ways. Old scandals cast long shadows and long-ago deaths take on frightening implications. From old-money Crescentwood to a new-money mall, from the Citizen's dilapidated newsroom to a peaceful prairie retreat, Leo follows a complex trail of clues, until he not only knows, but knows he has only moments to thwart another brutal murder.

C.C. Benison is the nom de plume for Winnipeg writer Doug Whiteway. Prior to Death in Cold Type, he had written three mystery novels —Death at Buckingham Palace, Death at Sandringham House, and Death at Windsor Castle, which have been translated into three languages.A Carleton University journalism school graduate, Doug worked as a reporter and feature writer for the Dauphin Herald in the 1970s, and for the Winnipeg Free Press in the 1980s. He has been the associate editor of The Beaver, Canada's History Magazine for the past seven years.As an independent writer, Doug has contributed to numerous magazines, newspapers, and corporate communications. He has been a recipient of a National Magazine Award, two Western Magazine Awards, and an Arthur Ellis Award for best first mystery novel.

Behind the shops on the east side of the street and across a lane, Michael occupied what had once been the gatehouse of an estate built at the turn of the twentieth century by a grain merchant of some means. Some decades later, after the property had been subdivided, the house had been renovated and enlarged. The second storey Michael had turned into a photo studio. Stevie passed through the arched stone front gate, a legacy of its original owner. The path forked: one part curved east toward the original mansion, which had remained in spite of the subdivision of the property; the other led west to Michael's house. The heat of the past several days had given second life to the vegetation along the path, the loamy perfume mixing with the acrid aroma of burning stubble that wafted into the city from outlying farmers' fields. Stevie drew in a long breath. She was reminded of her student days, when she would ride out to the university with her car pool, looping by one set of fields that had yet to give itself up to suburban development. Every September smoke from the burning stubble would drift in clouds across the highway, plunging cars into sudden twilight, obscuring vision and sending unlucky drivers into cursing fits. Stevie had found the eeriness strangely attractive. The smoke seemed an alien force blotting out the sun, a prelude to some unnatural occurrence.

And then one year something grotesque did happen: the first morning the burning fields sent hundreds of rabbits into panicked flight, hurtling across the road into oncoming traffic. Their flattened, bloody carcasses greased the highway for miles. Stevie had been repelled by the gore yet fascinated by the desperation that drove the creatures to their deaths. She shivered as much in the memory as in the cooling wind pushing through the trees that divided Michael's house from the neighbouring residence.

No light shone from the front windows. Momentarily disconcerted that Michael might have thought she wasn't coming and had left the house, Stevie made her way around the path to the back, to the rear door that opened into the kitchen. Light poured from the windows into a series of oblongs marshalled along the lawn's darkness. She climbed the short set of steps, pressed the doorbell and heard a muffled chime deep in the interior of the house. She noted from a crack of light that the inside door was not shut properly. A drowsy insect buzzed fitfully at her feet and she flicked it gently off the stoop with her toe, then focussed one eye on the thin bright vertical and waited for Michael's shadow to fill it. A portion of a chrome shelf unit dazzled, and Stevie could see the remains of food preparation on a counter. She pressed the doorbell a second time. Odd, she thought, if he had gone out surely he would have locked up and left a note on the door.

Puzzled, Stevie opened the screen door, pushed through the inside door, and stepped into the kitchen. "Michael, are you there?" she called. "Michael?" He could be upstairs in the darkroom, but the house wasn't a bunker. Sound penetrated. She had been in there developing photographs herself and heard the doorbell ring.

"Michael, oh Mikey, where are you?"

Stevie placed the camera on the counter then stopped near the open door leading into the dining room and listened intently. "Mikey, darling, love of my youth, where are you?" she said under her breath. It was then, as she peered into semi-darkness, that she felt a tiny stab of anxiety. The unlocked door, the protracted silence, something in the air, some odd indiscernible odour. Her breath began to quicken. She gripped the doorframe, frozen in indecision, unsure whether to leave or to battle her apprehension.

Then, suddenly, a light switched on somewhere in the living room beyond. Stevie skipped through the dining room with grateful relief. "Michael?" she said, bursting into the room, her spirits braced by the warm illumination of a single lamp on a piecrust table in one corner of the room. A mantle clock began to chime the hour. 8:00. Stevie glanced at its antique face and then looked up over the fireplace into a mirror that reflected the length of the room. Only her own surprised face looked back.

The last chime dissolved into silence. Stevie looked around her. Surely Michael turned the light on, she reasoned with herself. He must be playing a joke on me. He's hiding somewhere. But he's not like that; he wouldn't do that; he's not that kind of person. She called out again: "Michael!" Her voice cracked. She made herself move forward. "Oh, this is crazy," she muttered to herself, grasping one of the drapes and pulling it aside, prepared to be frightened. And then, at her feet, she saw it -- a box with a cord leading to the lamp. The light was timed to come on at 8:00.

At the end of the room, from a partially opened sliding door leading to Michael's study, she noted a trickle of light seeping out onto the carpet. Some presentiment urged her forward.

She hesitated by the door. Inside, in the blackness, she could see the glow of a computer screen, the cursor pulsating in an upper corner. A tiny whine came from a fan cooling the guts of the machine. Gently she pushed the panels apart, allowing the light from the living room to pour over the shelves of books, filing cabinets, plants and desk, much of it in puzzling disarray. Hadn't Sharon tidied this room?

And then she saw him.

She knew without even thinking that he was dead. His head lay in a puddle of blood on the carpet, his body twisted as if in the posture of some fitful sleep. She was suddenly aware of her racing heart, the coursing blood roaring past her ears, the ice in the air and the smell -- it hadn't been imagined -- of death. She grasped something cold and metallic on a table and closed her eyes against the vision, but it remained, intensified, imprinted on her retina as if in a photographic negative: a ghostly white figure crumpled on a blood red background. The image then began to dissolve into tiny dots, bubbling and fizzing, and she could feel herself about to lose consciousness. I can't pass out, she thought. I have to get to a telephone.

She willed herself to open her eyes and again confront the horror. A sob clutched at her throat. Her stomach heaved. She turned and stumbled back to the kitchen, back to the white bright kitchen and the white pristine telephone that would reconnect her to the real world. But the voice on the other end was remote, briskly asking her to repeat the address, calmly telling her to remain at the house, coolly assuring her that the police would be there very soon.

In the 90s, we were charmed by C.C. Benison's cheeky Jane Bee mysteries -- fans will recall Bee as the housemaid who helps the Queen solve whodunits like Death at Windsor Castle: Her Majesty Investigates. Bee is not in the spanking new novel Death in Cold Type but Benison (aka Doug Whiteway) does retain the playful spark of the early books, titling a chapter on an English food critic Nasty, British and Short and sprinkling the names of real people -- including his own -- into the murder tale set in 1988 Winnipeg. The hero is a reporter who shares elements of Whiteway's resume and the scenery will be familiar to locals.

Other titles by C.C. Benison