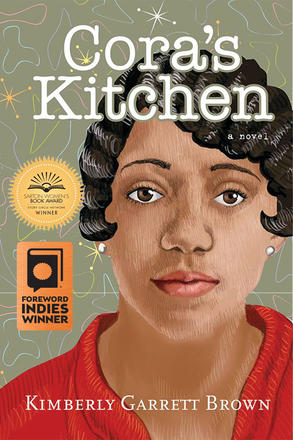 Cora James, a 35-year-old Black librarian in Harlem, dreams of being a writer. Torn between her secret passion and the duties of a working wife and mother in 1928, Cora strikes up correspondence with renowned poet Langston Hughes, who encourages her to pursue her dream. Duty ... Read more

Cora James, a 35-year-old Black librarian in Harlem, dreams of being a writer. Torn between her secret passion and the duties of a working wife and mother in 1928, Cora strikes up correspondence with renowned poet Langston Hughes, who encourages her to pursue her dream. Duty frustrates Cora again, this time when she’s called upon to fill in for her cousin Agnes while she recovers from a brutal beating by her husband Bud.

Working as a cook for a white woman, Cora discovers both time to write and an unlikely ally in Mrs. Eleanor Fitzgerald, who becomes friend, confidante, and patron, encouraging Cora to rise above what’s commonly thought of as “a woman’s lot. ” Yet, through a series of startling developments in her dealings with the white family, Cora’s journey to becoming a writer takes her to the brink of losing everything, including her life.

Kimberly Garrett Brown is the founder and editor of a women's literary press, Minerva Rising. Her work has been published in numerous publications including Linden Avenue Literary Journal, Black Lives Have Always Mattered: A collection of essays, poems and personal narratives, The Feminine Collective, and the Chicago Tribune. She currently lives in Tampa, Florida. Cora's Kitchen is her debut novel.

"Cora’s Kitchen delves deeply into what it means to be a Black woman with ambition, to make choices and keep secrets, and to have an unexpected alliance with a white woman that ultimately may save both of them. Kimberly Garrett Brown renders Cora with immense empathy, acknowledging and confronting Cora’s own prejudices and allegiances and the social pressures that continue to reverberate far beyond this story. Cora’s Kitchen is a poignant, compelling story in which misfortune and fortune cannot be teased apart, and literature and life have everything to do with each other. "
—Anna Leahy, author of What Happened Was: and Tumor

"… powerful … Brown speaks to timeless struggles of women who had ambitions that reached beyond traditional expectations. … An affecting novel of female friendship and a desire for independence. "
—Kirkus Reviews

"In Cora’s Kitchen, all women will find their challenges and longings expressed with unflinching honesty. Kimberly Garrett Brown’s characters are faithful to a time, yet timeless, transcending the years to both painfully and beautifully illustrate the struggles women face to find and fulfill their vocations. Spellbinding. "
—Erika Robuck, national bestselling author of The Invisible Woman