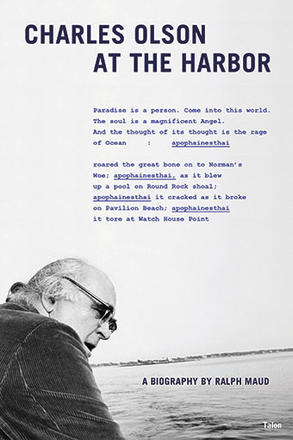 Charles Olson at the Harbor

Charles Olson at the Harbor

Charles Olson was quite possibly the greatest, and without question the most influential, of the ?New American Poets” published by Grove Press in the mid-twentieth century.

Charles Olson was quite possibly the greatest, and without question the most influential, of the ?New American Poets” published by Grove Press in the mid-twentieth century.

Synthesizing the experimental avant-garde of Black Mountain College with the uncompromising existentialism of the Beat generation, the new structuralism of the San Francisco Renaissance and heralding the postmodern deconstructionism of the L=A=N=G=U=A=G=E poets, his spirit, mind and intellect are ubiquitous in late-twentieth-century poetry around the world. His archaeology of language unearthed classical sources and aboriginal, principally Mayan, cultures within the history of European colonialism and resulted in an absolute insistence that the public value of the human imagination is inseparable from the particulars of both the time and place of its origins and composition.

His reputation tarnished and his poetry misread 20 years after his death in Tom Clark’s carelessly biased 1991 biography, Charles Olson: The Allegory of a Poet’s Life, Olson and his work have been diminished in the study of poetics since Clark’s creation of his grotesque caricature of this great American poet as a young hustler who he irresponsibly and falsely claims became a defeated and pathetic old man in his later years.

With Charles Olson at the Harbor, Dr. Ralph Maud, a longtime Olson scholar, friend and correspondent, finally sets the record straight, insisting that Olson was as careful with his genius as any young man could be; that he achieved critical success as a Melville scholar; that his ?projective verse” established an undeniable and lasting sea change in poetic thought around the world; and that he eschewed success of the ordinary kind to create a new restorative stance in the polis that can take us into a different future?all reflected in a large body of poetry that the world can no longer ignore.

Ralph Maud is Emeritus Professor of English and Associate of the Institute for the Humanities at Simon Fraser University. He founded the Charles Olson Literary Society. He is the author of Charles Olson Reading (1996) and the editor of The Selected Letters of Charles Olson (2000.) He has edited much of Dylan Thomas’s work, including The Notebook Poems 1930–1934 and The Broadcasts, and is co-editor, with Walford Davies, of Dylan Thomas: The Collected Poems, 1934–1953 and Under Milk Wood. Maud is also the editor of The Salish People: Volumes I, II, III & IV by pioneer ethnographer Charles Hill-Tout. He has been a contributing editor to Coast Salish Essays by Wayne Suttles, The Chilliwacks and Their Neighbours by Oliver Wells, and is the author of A Guide to B.C. Indian Myth and Legend, and The Porcupine Hunter and Other Stories—a collection of Henry W. Tate’s stories in Tate’s original English, which grew out of his survey of Franz Boas’s Tsimshian work, published as an article: “The Henry Tate-Franz Boas Collaboration on Tsimshian Mythology” in American Ethnologist. Maud’s subsequently published book, Transmission Difficulties: Franz Boas and Tsimshian Mythology, expands further on the relationship between Henry Tate and Franz Boas.

“Olson asked him to ‘be his scholar’ (basically, an invited observer) at the 1965 Berkeley Poetry Conference. It was Maud’s destiny to become Olson’s scholar in truth. ”
— Pacific Rim Review of Books

Other titles by Ralph Maud