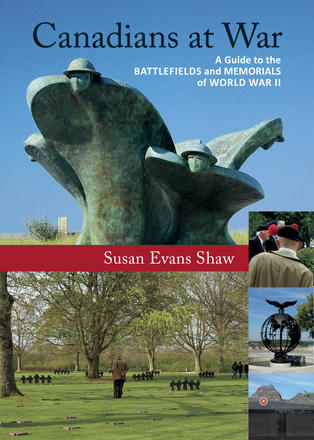 Dieppe, the Battle of Hong Kong, the Mora River Campaign, the Invasion of Normandy, the Siege of Dunkirk, — battles not as distant as we may think. The constant gunfire, the whistle of bombs, the hiss of gas, the cold, the wet, the fear, the loneliness, and the anguish of ... Read more

Dieppe, the Battle of Hong Kong, the Mora River Campaign, the Invasion of Normandy, the Siege of Dunkirk, — battles not as distant as we may think. The constant gunfire, the whistle of bombs, the hiss of gas, the cold, the wet, the fear, the loneliness, and the anguish of losing friends and colleagues.

Outside of the military, no one can quite imagine how the soldiers endured all of this. But endure they did. Canadians fought on several fronts during World War II, proving the mettle of soldiers, airmen, and their commanders. Canadians at War Vol. 2: A Guide to the Battlefields and Memorials of World War II, a follow-up to Susan Evans Shaw's guidebook to the battlefields and memorials of World War I, takes its readers on a tour of the places where the Canadians fought, and died — the battlefields, memorials, and cemeteries scattered throughout Europe and the Far East.

Beginning with an introduction on the preparations for war, the book heads first to Hong Kong before returning to the invasion at Dieppe. From there, we follow the Canadian troops through Italy as they push towards Rome and then through Northwest Europe. The Invasion of Normandy and the Liberation of Holland lead up to the final days of the war. Supplemented with many maps and photographs, Canadians at War Vol. 2 also includes chapters on the Canadian Forestry Group, sappers at Gibraltar, the Canadian Women's Army Corps Overseas, Canada's chemical and biological warfare program, and prisoners of war. This volume is a must-have for those interested in heritage tourism and World War II and for the families of veterans and is an ideal complement to Evans Shaw's World War I companion volume.

A writer and reviewer, Susan Evans Shaw is the author of Heritage Treasures, a guide to historic homes of Hamilton and region, and My Darling Girl: Wartime Letters of James Lloyd Evans 1914-1918. 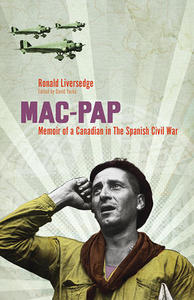 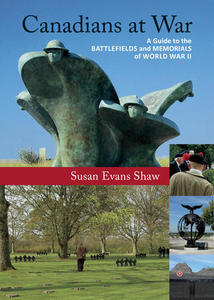 Other titles by Susan Evans Shaw