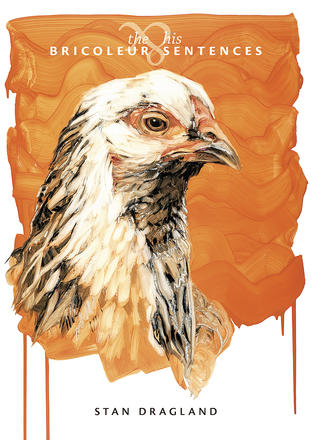 Bricoleur & His Sentences, The

Bricoleur & His Sentences, The

The Bricoleur and His Sentences is about reading, and about writing and thinking conducted with an ardent scepticism, a muscular dance between yes and but. On its way to a lively discussion of literary rhetoric and a gathering of sentences illustrating same, this book formulates ... Read more

The Bricoleur and His Sentences is about reading, and about writing and thinking conducted with an ardent scepticism, a muscular dance between yes and but. On its way to a lively discussion of literary rhetoric and a gathering of sentences illustrating same, this book formulates a bricoleur's poetics founded in Stan Dragland's personal experience, both literary and otherwise, and does so in the beloved company of other bricoleurs/bricoleuses--writers like Walter Benjamin, Margaret Avison, Michael Ondaatje, Bobbie Louise Hawkins, Colleen Thibaudeau and Phil Hall. One section details Dragland's respectful retrospective disengagement from the literary and social theory of non-bricoleur Northrop Frye. The eclectic and heterogeneous ensemble might be summed up in the words with which Cynthia Ozick describes Robert Louis Stevenson's essay, "Virginibus Puerisque": "an essay not short, wholly odd, no other like it, custom-made, soliciting the brightness of full attention . . . ." All this is prologue to a fascinating array of sentences drawn from novels, stories, poems, essays, songs and speeches, all grouped in rhetorical categories with the fancy Greek names but each pulling its own literary weight. This is a bricoleur's assemblage, an assortment of bits gathered from here and there and stored up against the time when they might happen to come in handy for making something new. | Dragland's work is both an essay on bricolage and an exercise in it. Engaging, exciting in a quiet way, the reader is invited into the process, as opposed to being, as in much postmodern writing, the butt of the process. This is metaessay, but the feel is different: not Donald Barthelme, but rather an old-timer showing the reader how he puts together his tables or murals or what have you. Dragland's essay engages practical and philosophical issues fearlessly, without ever losing his plain, vernacular-based, Mark Twain-like idiom. | Guest editor: Don McKay

A brilliantly realized withholding, prodding [his] readers to think the unruly gap between givenness and wanting--for [Dragland] the space of real poetry. -CanLit || "One of the most startlingly honest books I have ever read. It brought me to tears again and again. When I finished reading it I simply started again and read it cover to cover, shed more tears, read several passages aloud over and over, and after that I was able to emerge." || "Sometimes, rarely, there is art that lifts and exalts - and commiserates - the state of us, holding us in awe for how it reveals. Grace. No other word for it." -reader reviews of *Stormy Weather: Foursomes*