Black Bears in the Carrot Field

Black Bears in the Carrot Field

Finally, a Canadian poet that writes characters better than a novelist. Bold, humourous, and with the twang of a hurting song.

Linda K. Thompson’s debut book of poetry, is loaded with personalities from small towns and long ago days. Growing up in the isolated Pemberton Valley ... Read more

Finally, a Canadian poet that writes characters better than a novelist. Bold, humourous, and with the twang of a hurting song.

Linda K. Thompson’s debut book of poetry, is loaded with personalities from small towns and long ago days. Growing up in the isolated Pemberton Valley in BC her characters are full of imperfection and humour. Verna, who sneaks back from the dead, Gloria, who whacks down walls, Kirk, who buys a house on Visa, and old Pete, who never loved the moon. Thompson deftly combines the twang of a hurting song with something dark, lyrical and very witty. Peppered with farm life, cows, horses and old cars, the reader enters each poem and doesn’t want to leave. There’s Eddie who rolled his skidder in ’68. Dominion Day on the verandah. Juicy Fruit and Sen Sens. Dreaming about black bears in the carrot field. Ethyl Peach hammering out tunes on a mildewed piano. And then there is Jesus, come to town, driving a Chevy Chevelle or was it a Dodge Dart, mid-blue, hardtop with a 273, spotted later at the Stawamus Chief looking way up. Finally, a Canadian poet that writes characters better than a novelist.

Linda K. Thompson was raised on a farm in the Coast Mountains and has lived for many years on Vancouver Island. Her work has been published across Canada and in the U.S. and Great Britain. She has won several awards for her writing and been shortlisted at the Malahat Review and the Troubadour International Poetry Prize contest. Linda has a chapbook Four Small People in Sturdy Shoes and her work most recently appeared in Prairie Fire and Release Any Words Stuck Inside of You: Canadian Flash Fiction and Prose Poetry. Black Bears in the Carrot Field is her first full-length book of poetry. She lives in Port Alberni.

"Whoever is talking in these poems is someone I want to sit down with at the kitchen table, potatoes boiling on the stove, “cherries on the oil cloth gleaming in the electric light. ” The story-teller’s voice is refreshingly rural, heart-driven and tough. Every character Thompson brings so brilliantly to life will stay with you forever. ”–Lorna Crozier, author of Through the Garden: A Love Story (with Cats).

"Thompson's gorgeous writing is a soul balm. Drawing inspiration from a cast of engaging characters and inviting spaces, this collection renders wise reflections on growing up along the BC coast. With an ebullient ear for language and a clear-sighted celebration of spirit, she offers readers a saucy, sensuous smorgasbord of captivating, tender-hearted poems. ”–Eufemia Fantetti, author of A Recipe for Disaster & Other Unlikely Tales of Love.

“Here are poems of pinto ponies, swampy pastures, bowie-knives and ball-peen hammers, ginger beer and thimble babies. This collection is a hillbilly chin-wag in a jacked-up shack with a big bottle of whiskey. It’s an off-kilter kitchen party, a Lillooet River valley hootenanny. It’s the sweet chord harmonica music drifting out through the window of a dusty pick-up as it jaunts down a washboard road. Salt of the earth and tough as jerky, Thompson is a gifted storyteller, chronicling small talk, gossip, and intimate secrets whispered over a Formica table. Deftly crafted, raucous, rhythmic and filled with heart. Discover the charm and twang of Linda Thompson. There is no other writer like her. ”–Sandra Ridley, author of Silvija.

"Like the people she writes about, Linda Thompson’s poems are plainspoken and unsentimental. Her characters show up fully formed from her blunt yet tender scrutiny—she’ll convince you there is a man named Boober who pumps gas down at the Texaco. Thompson’s poems are like secrets overheard through an open kitchen window—you won’t be able to keep them to yourself. "—Rhonda Ganz, author of Frequent, small loads of laundry, winner of the ReLit Award for Poetry. 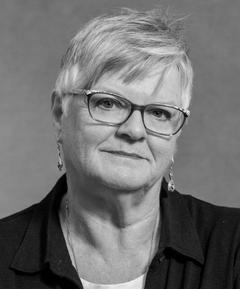