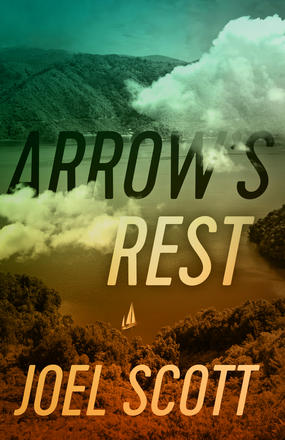 When his lover’s sister is the latest victim in a series of sadistic assaults, Jared Kane sets out to find the guilty party. His search leads him into a tangled network of sex, power, and religion connecting high political office in the city to a secretive sect in the B. C. wilderness.

The crimes seem connected to an exclusive yacht club in Vancouver’s West End, where Jared is able to moor his old wooden sailboat, Arrow, so he can infiltrate the elite. Jared’s friend Danny MacLean has no qualms about fleecing the club’s privileged members and joins Jared in the pursuit. Tracking their quarry on a long chase up through the furthest reaches of the Salish Sea, Arrow and her crew pay a tragic price for resolution in the bleak waters of Desolation Sound.

Born and raised on the prairies, Joel Scott has traveled extensively and worked as a fisherman, a yacht broker, and a librarian. He is a two-time winner of the Cedric Literary Award. Joel is a lifelong sailor and circumnavigator who currently lives and sails out of Chemainus, B.C.

A half dozen overdressed people swept up to the table and grabbed Cat up in a blizzard of hugs and kisses. A small exquisite blonde stood apart from them, frowning at the melee. She looked slightly familiar, and Jared thought he had seen her picture somewhere. She couldn’t possibly be over fifteen years old and he doubted she weighed ninety pounds. The gamin was dressed in a matelot sweater, white slacks and a pair of distressed combat boots. Given the company she was with, he didn’t doubt her outfit had cost more than his entire wardrobe.

“What the fuck are you staring at mate,” the urchin uttered in a nasal Kiwi accent.

“Sorry,” Jared said, startled. “I was wondering how you managed to sneak into the Club. ”

“I’m plenty old enough sport. You one of those pervs that likes the young ones then are ya? Not in your wildest dreams you sick bastard. You fancy a quick kick in the goolies then?” She shuffled her booted feet.

“I’m with Cat,” Jared stammered. The words coming out of that angelic countenance were so incongruous he was almost speechless.

“Oh, you’re the one with the old wooden sailboat,” she said, grabbing Jared’s arm and pulling up a chair beside him. “Sorry about that, mate. Since that last photo shoot every weirdo in the fucking universe wants a piece of me. You wouldn’t believe the stuff I hear from some of the assholes out there. I’ve even got a minder now. Me, Sally Owens for fuck sake. My mates back home would die laughing if they knew. ”

The big scarred man with the buzz cut who’d been staring at Jared winked.

“You race her then? Did a lot of that back home on the Fourteens. I was damn good too. You should take me out on her sometime. I’m a winner. ” She patted Jared’s shoulder, grinned and looked even younger. “I’ll be sure to clear it with Cat first. ” She downed her drink and stood up and grabbed her bodyguard’s arm.

“C’mon you ugly mother, dance with me. You’re making everybody else too scared. ”

“Series fans will have fun catching up with Jared and friends. ” — Publishers Weekly

“Crime on the high seas from author Joel Scott as he lets his protagonist Jared Kane set sail in this third installment in the series. Arrow’s Rest is a wonderful nautical thriller that’s tight and suspenseful with true-to-life characters. ” — Dietrich Kalteis, award-winning author of Ride the Lightning

Other titles by Joel Scott