Angel Wing Splash Pattern celebrates Richard Van Camp's 24-year career as one of Canada's most prolific and award winning best-selling authors. This collection of hilarious and profound stories is where we meet Torchy, Sfen and Snowbird in "Mermaids" and this is where we see ... Read more

Angel Wing Splash Pattern celebrates Richard Van Camp's 24-year career as one of Canada's most prolific and award winning best-selling authors. This collection of hilarious and profound stories is where we meet Torchy, Sfen and Snowbird in "Mermaids" and this is where we see Larry from The Lesser Blessed in his epic short story "How I Saved Christmas. " There is pain in these stories and there is loss. There is death, but there is also rebirth, and there is always the search from each of the narrators for personal truth. The voices, secrets, and communities across the north and the south are all linked by themes of hope, the spirit of friendship, and hunger. This 20th anniversary edition of a Canadian Indigenous classic contains additional material, including a new story, a new introduction and cover. Richard has gone on to publish four other short story collections, but Angel Wing Splash Pattern is where Richard's love for the short story first premiered.

Sky BurialPain seared up Icabus' leg forcing him to stop and wince. He wheezed through one lung, and the mall blurred around him. Hecoughed and his chest sounded and felt as if it were stuffed with thebroken glass of grey light bulbs. This was it: he was dying. The Creemedicine had him. In his reflection, Icabus hated what he saw. I'm not that skinny,am I? He was bleeding inside and felt so weak. "I seen betterlookin' corpses. " Something had blown behind his left eye earlier thatmorning, causing his ears to ring. The bird. It was dying in front of him. He didn't know what thebird was called but was awed at how bright and blue the feathers were. Parakeet? Parrot? No, he knew it wasn't the true name of thebird's tribe, and he wished he knew. He thought of all the shampoo bottleshis daughter Augustine had and chose the one that smelled the best. "Papaya," he said. "That's your Dogrib name now: Papaya. "The pet store, which showcased the bird, held it in a cage. Thebird measured three feet from black beak to bright blue tail, yet the cageonly offered four. A sign read: "Do Not Tap Cage. " The bird was upsidedown, shitting on itself and biting at the chain that sliced into its leg. The bird, he thought, deserved something far better than this. Oh, how Icabus wished to be around fire. He was sure thebird was a woman. She panted; her black tongue licked at her swollenankle. She hung awkwardly, rested, shivered, tried to bite at the chain,fell back, shivered again. It looked as if she were drowning. Icabuswatched the bird and felt under his shirt where he was bleeding inside. It was as if he had been force-fed thousands of porcupine quills that37were growing with each breath. He pressed into his left rib cage as hestrained to open the cage. "Macaw," a voice said suddenly behind him. "Huh?""It's a Macaw. "Icabus turned to look at the wielder of such a firm voice. Itwas a child. An Indian girl. Tall, slim. She was beautiful. Her eyes werelarge and round. She wore a T-shirt with a huge white owl with yelloweyes on it. A younger white boy with a runny nose came up and startedbanging on the cage. The girl left as fast as she had appeared. Icabuswanted to talk to her, but he was hit again with pain. He coughed andcoughed and coughed. He held himself up against the glass and lookeddown until the reddest blood dripped from his mouth. He had to hurry,but where was the sign? 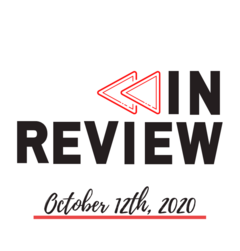 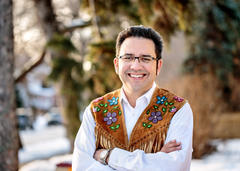 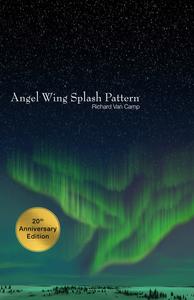