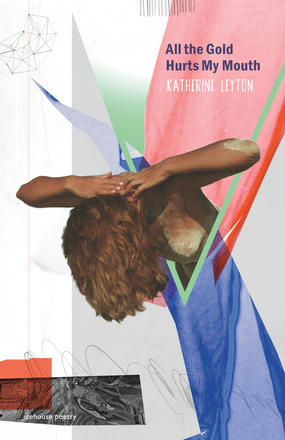 Katherine Leyton's fresh and vibrant debut collection takes on the sexual politics of the twenty-first century, boldly holding up a mirror to the male gaze and interrogating the nature of images and illusions.

Katherine Leyton's fresh and vibrant debut collection takes on the sexual politics of the twenty-first century, boldly holding up a mirror to the male gaze and interrogating the nature of images and illusions.

Confronting the forces of mass communication — whether television, movies, or the Internet — Leyton explores the subtle effects of the media on our perceptions and interactions, including the pain of alienation and the threat of violence simmering just below the surface.

And yet, for all its unflinching and raw lyricism, the poetry of All the Gold Hurts My Mouth is warm and searching, full of humour and hope. Engaging her readers with lush vocabulary and spare, tightly controlled forms, Leyton's poems become a rich quest for identity, authenticity, and nature uncorrupted. Reaching gloriously from isolation and pain to connection with love, Leyton channels the wit of past feminists to create a manifesto for our time, an affirmation of what might be possible.

Katherine Leyton was the inaugural writer-in-residence at the Al & Eurithe Purdy A-Frame in the summer of 2014. Her poetry and non-fiction have appeared in numerous publications, including the Malahat Review, Hazlitt, the Globe and Mail, and the Edinburgh Review. She is also the founder of the highly unorthodox video poetry blog, HowPedestrian.ca. A native of Toronto, Leyton has lived in Rome, Montreal, Edinburgh, and Forli.

"In this fierce debut, Leyton explores women as palaces and grand pianos, gleaming objects admired and shattered. Through her lyrically exuberant voice, whirring with musicality and subversive jabs, art becomes a looking glass. Just as 'women hum to drown their hunger,' these poems bring the salve of self-creation to their reader. "

"Katherine Leyton debuts with a brash, provocative collection centred around how women are seen by men, as expressed in popular culture, and how women internalize that male gaze. "

"Leyton’s writing speaks in soft whispers but hits like a sledgehammer. "

"Leyton's voice is both enigmatic and unabashed, delving into the mysteries of selfhood while offering a vivid meditation on what it means to be a woman alive today. A fearless, urgent, and beautifully wrought debut. "

"Katherine Leyton’s debut offers a sobering view of the social uses and sometimes cruel mediations of the female body. In All the Gold Hurts My Mouth, sexual politics move between individual, material realties and abstracted representation while considering the intricacies of desire, sociopathy and power relations connecting the two. "

"An outstanding debut, filled with complicated yet still vivid imagery. Leyton's lines lift off the page to throttle you. "

Katherine Leyton's debut poetry collection  All the Gold Hurts My Mouth (Goose Lane Editions) is a perfect end to #poetsresist: it examines sexual politics through the 21st century lens of ever-present communication technology. Her raw-yet-gorgeous poetics are a view into ... Read more