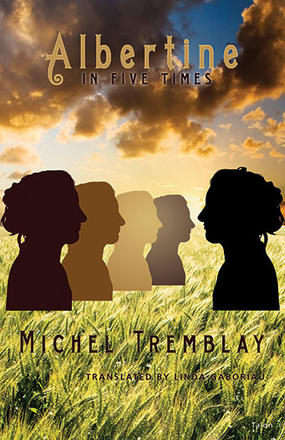 Michel Tremblay’s well-loved and award-winning play presents the story of one woman, Albertine, at five different times in her life. The older Albertines warn the younger ones of what is to come—“Our fate depends on you,” Albertine at 70 says to Albertine at 30. Together, ... Read more

Michel Tremblay’s well-loved and award-winning play presents the story of one woman, Albertine, at five different times in her life. The older Albertines warn the younger ones of what is to come—“Our fate depends on you,” Albertine at 70 says to Albertine at 30. Together, these five Albertines provide a moving portrait of the extraordinary life of an “ordinary” woman.
This new, updated translation by Linda Gaboriau, commissioned for the prestigious Shaw Festival, celebrates the 25 years this classic Canadian drama has intrigued and delighted audiences around the world.
Cast of 6 women.

“The story of a life, told by Tremblay with immense compassion. ”
– Toronto Sun

“A remarkable play… The conception is brilliant. ”
—New Statesman