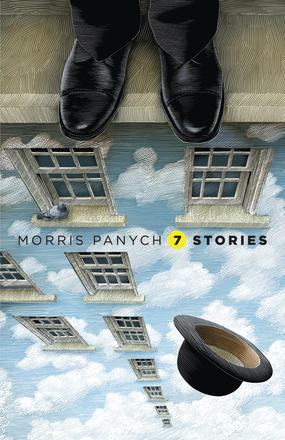 In this fast-paced, sophisticated and hilarious play, a man contemplating suicide on a seventh-storey building ledge confronts the stories of the people who live inside the building. These “seven stories” lead to a charming and surprising ending.
Cast of 2 women and 3 men. ... Read more

In this fast-paced, sophisticated and hilarious play, a man contemplating suicide on a seventh-storey building ledge confronts the stories of the people who live inside the building. These “seven stories” lead to a charming and surprising ending.
Cast of 2 women and 3 men.

Morris Panych
Playwright, actor and director Morris Panych has been described as “a man for all seasons in Canadian theatre.” He has appeared in more than 50 theatre productions and in numerous television and film roles. He has directed more than 30 theatre productions and written more than a dozen plays that have been translated and produced throughout the world. He has twice won the Governor General’s Award and has won the Jessie Richardson Theatre Award 14 times for acting and directing. He has also been nominated six times for Toronto’s Dora Mavor Moore Award and three times for the Chalmers Award. His classic 7 Stories ranks ninth among the ten best-selling plays in Canada, outselling the Coles version of Romeo & Juliet.

“A sweet and funny little play about a man on an apartment building’s window ledge whose deliberations, presumably about whether to jump, keep being interrupted by nutty residents who poke their heads out of windows. How do you know this is a well-conceived work? Because each of those interlopers seems interesting enough to be the subject of a play as well … Panych renders all these encounters with a wry incongruity … the humor [is] restrained enough that the lovely, subtle conclusion doesn’t seem out of place. ”
– New York Times

“The laughter and tears live so closely together that one can’t speak too loudly for fear of drowning the other out … Twenty years after its creation, 7 Stories seems more entertaining and yet more relevant than ever. It’s the kind of fate that every author should enjoy. ”
– Toronto Star

Other titles by Morris Panych