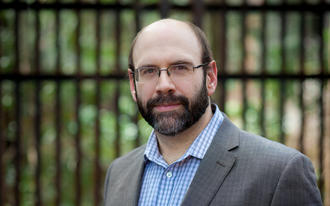 This week's Indie Reading Room features Mark Sampson, author of All the Animals on Earth (Wolsak and Wynn), a satirical post-apocalyptic novel that imagines a world both like and unlike our own that has been severely depopulated simply because people aren't having children anymore. An entertaining and wry social commentary, All the Animals on Earth sweeps you up in the life of ordinary people contending with a strange new reality.

Scroll down for our Q&A with Mark where he tells us more about his novel, the quirky-cool cover, writing inspirations, and more. Then, head over to the  ALU Instagram for Mark's reading from his new novel.

Bonus: get 20% off  All the Animals on Earth right here on All Lit Up with promo code READINGROOM.

Mark Sampson: My new book, All the Animals on Earth, is a parody of a post-apocalyptic/dystopia novel, about an alternate version of our world that has been profoundly depopulated, not by disease or war, but simply because most people just don’t want to have any children. This social trend causes all manner of social and economic calamity. To solve the problem, scientists develop a process, called “pullulation,” that can transform certain species of birds and mammals into humanoid form. But there is, of course, a terrible accident, and soon these creatures are everywhere and basically taking over the world. Oddly enough, I got the idea for this book on my wedding day, back in 2012. I took a look around at our wedding party—five bridesmaids, five groomsmen—and noticed that everyone was in their thirties, and nobody, at that time, had any kids yet. I think this phenomenon—of people either delaying having children, or not having them at all—is particularly acute of my generation. And I tried to imagine a world where this sort of thing became a massive social moment, and what might happen, and the book sort of took off from there. 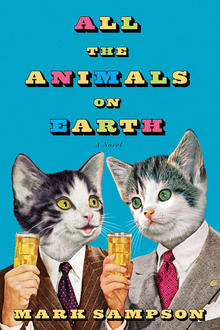 MS: My story-idea antenna is usually up all the time, and inspiration can come from literally anywhere: something I read in the newspaper, an anecdote shared by a friend, something I overhear while at the gym or in the grocery store. These things can get stuck in my head, mill around for a while, and morph into something I want to write—a poem, a short story, or even a whole novel. I often find there are too many ideas than I could ever actually write down. To steal the title of an old Calvin and Hobbes compendium: there’s treasure everywhere!

MS: Oh Lord, yes. I am an early-morning writer—very early. My alarm goes off at 4:30 am, five days a week, and I write for about two and a half and three hours before breakfast. I may also try to steal a few hours on the weekend, at a more civilized hour, if I can swing it. I think day-to-day continuity is really important to how I write—especially when I’m working on a novel—and so I try to write at the same time every day if I can. It works for me.

MS: A lot of the books I’ve loved this year are already getting lots of recognition, so let me recommend one that I feel isn’t getting enough. When We Were Vikings, by Andrew David MacDonald, blew me away. It’s a novel with a first-person narrator who suffers from Fetal Alcohol Syndrome, and her story of living with her n’er-do-well brother who is trying to raise her. This is one of the most intense, gripping stories I’ve come upon in a while. Go check it out.

ALU: Tell us about the cover design of your book.

MS: All the Animals on Earth has just about the best cover I could ask for, and it’s very “on brand” for me: it features both cats and cocktails—two of favourite things! It was designed by artist Michel Vrana, who perfectly captured the zany, absurdist tone of the story. You know, it’s funny: when I was discussing the cover concept with the publisher and they sent me two very different designs to look at, I was on the road in New Brunswick talking to a group of high school creative writing students. I decided to do a little straw poll and showed the kids both concepts. Interestingly, their favourite was the much-more conservative design, but then I realized I hadn’t told them about my new book’s premise yet. Once I did, they changed their tune. Oh of course, they said, you’ll definitely want the wackier cover if that’s what it’s about.

Mark Sampson is the author of five previous books: the novels The Slip (Dundurn Press, 2017), Sad Peninsula (Dundurn Press, 2014) and Off Book (Norwood Publishing, 2007); the short story collection The Secrets Men Keep (Now or Never Publishing, 2015); and the poetry collection Weathervane (Palimpsest Press, 2016). Mark has published many short stories and poems in literary journals across Canada, including in The New Quarterly, The Antigonish Review, PRISM international, The Nashwaak Review, The Puritan, This magazine and FreeFall. He is a frequent book reviewer for Quill & Quire, Canadian Notes & Queries (CNQ) and other publications. Born and raised on Prince Edward Island, he currently lives and writes in Toronto.

Buy  All the Animals on Earth for 20% off on All Lit Up until October 1 with the Indie Reading Room promo code READINGROOM. Find Mark in the   ALU Indie Reading Room on Instagram, and stay tuned every Thursday until November 12th for  more author readings and Q&As! 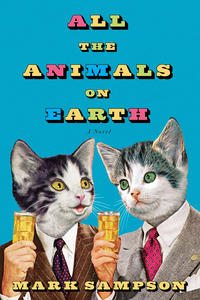 All the Animals on Earth