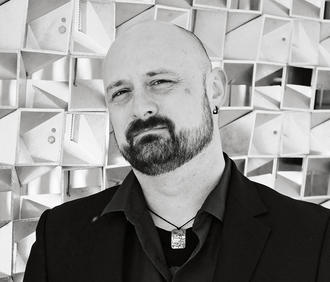 Master of the Canadian fantastic Chadwick Ginther graciously answered our Proust questionnaire, letting us know how he turned the fantasy of writing into writing fantasy (like his most recent short story collection When the Sky Comes Looking for You, Turnstone Press), and why Luke Skywalker will always be his hero.

Chadwick Ginther: Even though I’d always loved making up stories and reading, becoming a writer never felt like an attainable goal when I was growing up. I felt as if writers came from “somewhere else.” However, when I moved back to Winnipeg in 2001, I applied for a job at a bookstore. Working there, and seeing authors—many of them from Manitoba—launch new books almost daily made the dream of becoming a writer seem achievable. Seeing every author who’d turned publishing a book from achievable to reality was the kick in the pants for me to move from thinking about stories, to writing them. And from there, to actually finish a story, and — most importantly — submit it for publication. That last act one I’d never followed through on.

CG: So many! Comic books were how I learned to read, and a medium I enjoy to this day. Chris Claremont, best known for his epic run on Uncanny X-Men, was the first comic book writer whose name I paid more attention to than any individual superhero. He was probably my first inkling that writing could be a job. I’m still in awe of how he was able to juggle a huge cast and pay off the plot threads constantly being set up in a monthly comic, sometimes years later. Stylistically, I may not have much in common with them, but Guy Gavriel Kay was the first writer I knew to be Canadian, and Armin Wiebe the first writer I knew to hail from Manitoba. Winnipeg writers Michael Van Rooy and Steven Benstead were the first two published authors to critique my writing and their encouragement and advice definitely got me down the road further and faster than I could’ve on my own. I experienced the work of Tanya Huff, Patricia Briggs, Kelley Armstrong, Carrie Vaughn, and Jim Butcher as a reader around the time I decided I wanted to write urban fantasy. Or, perhaps, I decided to write urban fantasy because I enjoyed reading their work. My first unpublished novel attempt was sword and sorcery on an imagined world, but now most of my work takes place in a version of our world, albeit one where magic and monsters are real. If I have to name a favourite author, it’s probably Roger Zelazny, there was so much personality in his narrators, particularly Corwin from his Amber novels, and I hope to evoke even a shadow of his craft.

CG: I got my start as a reader with comic books, primarily Marvel Comics, and that seeded my love of fantasy, science fiction and heroics pretty early, and I still read graphic novels in pretty much all genres. When I’m not reading fantasy of all types, I also enjoy mystery and crime fiction (during the pandemic I developed a particular love of cozy mysteries). Most of my non-fiction reads are specifically for research purposes, not pleasure.

CG: I love rereading! If I’m ever stuck in a reading slump I’ll revisit an old favourite. I have several books I enjoy rereading, but lately, the most notable one is Roger Zelazny’s A Night in the Lonesome October. I’d read it a few times long ago, but in recent years, I’ve been revisiting it every October, one chapter a night. The book, also set in October, features a chapter for each day of the month as a diverse crowd of characters and their animal companions, some very familiar (including Larry Talbot, Sherlock Holmes, and Jack the Ripper) try to stop or hasten the arrival of the Elder Gods. Every time I read this book, I find some new tidbit that’d eluded me the time before. 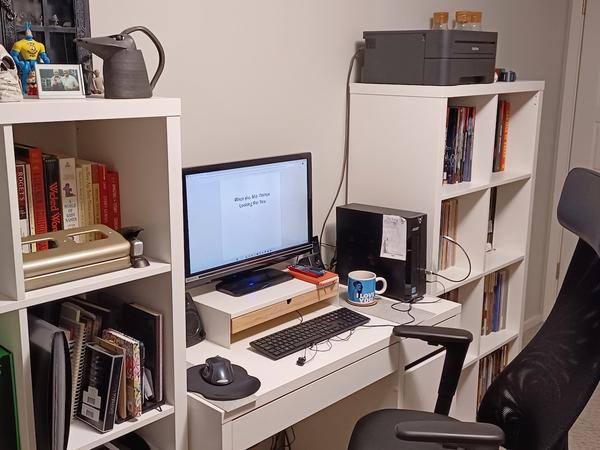 CG: I always try to carry a notebook so I can scribble down any ideas that come to me. I can, and do, write everywhere, but I typically write at home in the mornings, not because I’m an early riser or a morning person by nature, but because then, no matter else what happens with my day at least I’ve got some words on the page. I typically have a pot of black tea ready and listen to music while I write — often a soundtrack I’ve made especially for that story.

CG: In fiction: Corwin of Amber, introduced in Roger Zelazny’s Nine Princes in Amber, a book and series I revisit frequently. Even though the reader meets Corwin during the character’s bout of amnesia, they know immediately who he is from his early, instinctual, reactions. For a long time, my email signature was a Corwin quote: “Talk is cheap, whiskey costs money.” All that said, my favourite character in any media is Luke Skywalker. I’ve followed Luke’s adventures in comics, novels, and film pretty much my entire life. He was my first hero.

CG: Stories are everywhere. I can’t not write. Whenever I’m doing some idle task a plot point or character reveals itself. Every time I overhear a snippet of conversation, I invariably find a bit of story I’d like to continue. I could see a day when I choose to stop seeking publication, but I don’t see that I’ll ever give up on stories. Stories made me who I am. 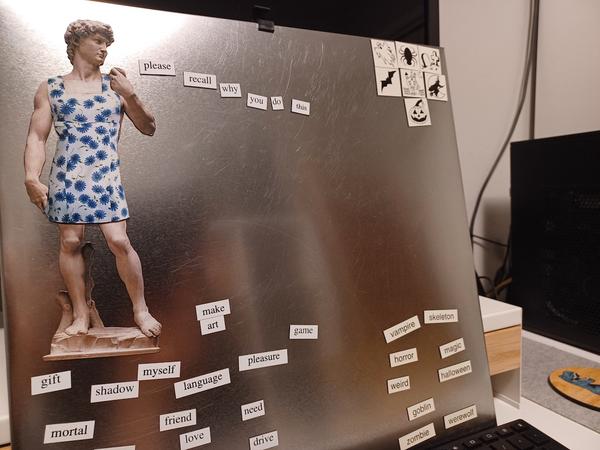 Chadwick's writing advice: "please recall why you do this."

Chadwick Ginther is the Prix Aurora Award-nominated author of Graveyard Mind and the Thunder Road Trilogy. His short fiction has appeared in many magazines and anthologies, his story "All Cats Go to Valhalla" won the 2021 Prix Aurora Award for Best Short Story. He lives and writes in Winnipeg, Canada, spinning sagas set in the wild spaces of Canada's western wilderness where surely monsters must exist.

January 22, 2021
The Humdrum Magical: On Accessible Formats in Publishing