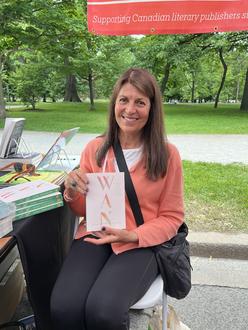 Uncover the writer behind the novel  Wan  (Freehand Books) – Dawn Promislow. In this month's edition of Writers' Block, Promislow shares how she realized writing fiction is a way for a writer to put distance between themselves and their material, how she is drawn to novels and short stories that are translated from another language, and her advice to aspiring writers.

I grew up in apartheid South Africa and the world around me was complex and fraught. My own position in that world, as a privileged white person, was fraught. While I was a great reader, I had no idea how to express my thoughts. It was also dangerous in some degree to express what one thought in that time and place. So perhaps most of my life I kept what I really thought about things to myself, and I don't think I wanted to be a writer, at all.

Much later, after I'd been living in Canada for many years, I read J.M. Coetzee's first two autobiographical volumes, Boyhood: a memoir; and Youth, and they struck me with force. Coetzee described his childhood in South Africa in the first volume, and in the second he described his time in London as a young man: a South African alone in London.  My own life had obvious similarities. I was a white South African, although a different one from Coetzee: I was Jewish, for one thing, and I grew up in Johannesburg, while he grew up far away from there, in a small country town. But I had spent two years as a young person in London, because my family emigrated there in 1977. The singular experience of being a young 'colonial' person, somewhat unmoored and out of sorts in this great, foreign city, I shared with Coetzee.

I read his autobiographies. I was filled, immediately, with astonishment, because they are written in the third person. It had never occurred to me that one could do that, when describing one's own life. I saw at once how much clarity and power the writing gained by Coetzee writing in the third person. The writing had no sentimentality, it was shorn of all the usual 'personal' things one expects in autobiography, and was almost cold.  Yet the books are powerfully moving, and are filled with profound truth, both emotional and societal.

So I realized there was a way to express what I thought, felt, or experienced, that put me at a distance. It was the distance that was key. Coetzee had made that distance with his autobiographies, but I realized that fiction does this, by definition. Fiction is a way for a writer to put distance between herself and her material; fiction is a way to write one's thoughts and feelings, but in the third, not the first, person.

I knew right then that this is what I now could, and would, do: write fiction. I started writing the short stories that formed my first collection, which was published in 2010 ( Jewels and Other Stories, Mawenzi House).

Do you have any rituals that you abide by when you're writing?

When I was writing Wan and then revising it, I was waking up at 5:30 every morning, and working for two or three hours. I think the very early mornings, when everyone else is asleep and the world itself feels asleep, are good for working, something about the silence and solitude is compelling. Sometimes I can't wait to go to bed at night so that the early morning will come sooner, as I know my best work will come then. I recognize that this is eccentric to some degree, but there it is! 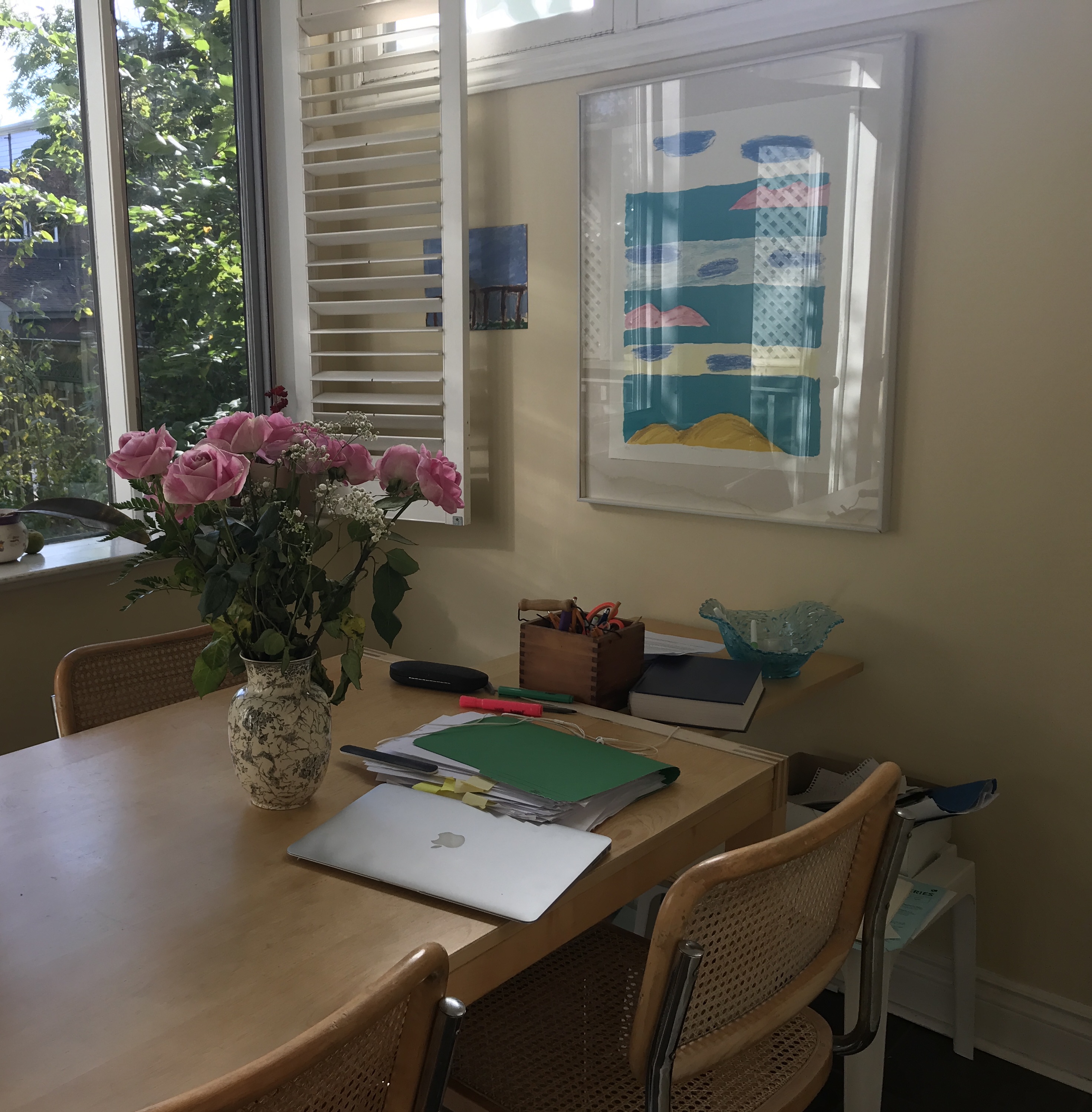 This photo was taken in October 2019 when I was revising Wan (the dog-eared manuscript in the green folder you can see!) It was a temporary workspace which is a corner of our breakfast room. I loved this space, perhaps because I was so filled with joy to finally be nearing the end of the creation of Wan. I don't remember where I got the flowers from, or why, but they are beautiful and apt, indeed.

What's the toughest part of being a writer?

Well, there are no easy parts to being a writer, and many tough parts! But perhaps the toughest is constantly striving for the form or story or creation that I want, that perhaps I can never achieve to my fullest satisfaction. The ideal of the novel never quite measures up to what I finally write, and this is an excruciating thing to live with. Perhaps every artist feels that way.

But it is also tough to spend years, a great deal of time, doing something with no guarantee it will be finished, or achieved. And earning no money in all that time, a hard and essential fact that must be mentioned!

I go through phases in my reading depending on mood or time, but lately I am drawn to novels or short stories that are translated from another language. The language in a novel is what interests me the most, and so it intrigues me that a novel can be written in another language, that is not English! How would it differ? Of course if it's written in another language it comes from another part of the world that is not English-speaking, with another world view—perhaps. The foreignness specifically is what interests me. I've read a lot of Japanese fiction recently and some of my favourites are Yasunari Kawabata's Snow Country and The Izu Dancer, and his Palm-of-the-hand stories; and the short stories of Yasushi Inoue. I've admired Soseki Natsume's Kokoro, originally published in 1914, which has something of the spareness of Camus. And I just read The Hole by Hiroko Oyamada, written in 2014 but published in English in 2020. The elusiveness and spareness that I find in Japanese work have influenced me as a writer, or perhaps they speak to my own writer's instincts for simplicity, a simplicity that can—paradoxically—reveal complexity.

Do you have a book you have gone back and read several times?

Many, too many! But I will mention a book I feel to be kind of a touchstone. Jean Rhys's Wide Sargasso Sea is a shifting, compelling masterpiece in which I discover something new each time I read it. Wide Sargasso Sea speaks in an inimitable voice, a woman's voice: it's a feminist work, and a post-colonial one. Its implicit commentary on colonialism and patriarchal structures is profound and far-reaching. But perhaps what compels is Wide Sargasso Sea's mystery, the questions it raises of perception and interpretation: the extraordinary, flickering consciousness of humans, in the world Rhys depicted.

I can't say it's my favourite fictional character exactly, but the son, Will, in Nadine Gordimer's My Son's Story is very close to my heart. Of course it's a South African novel but I like Will because of the magical way the story is narrated, so that you don't actually know what he is doing until the very end, and there is something meta-fictional in it (I can't say more or it would be a spoiler!) Perhaps I identify with Will, it's as simple as that.

What advice would you give to aspiring writers? 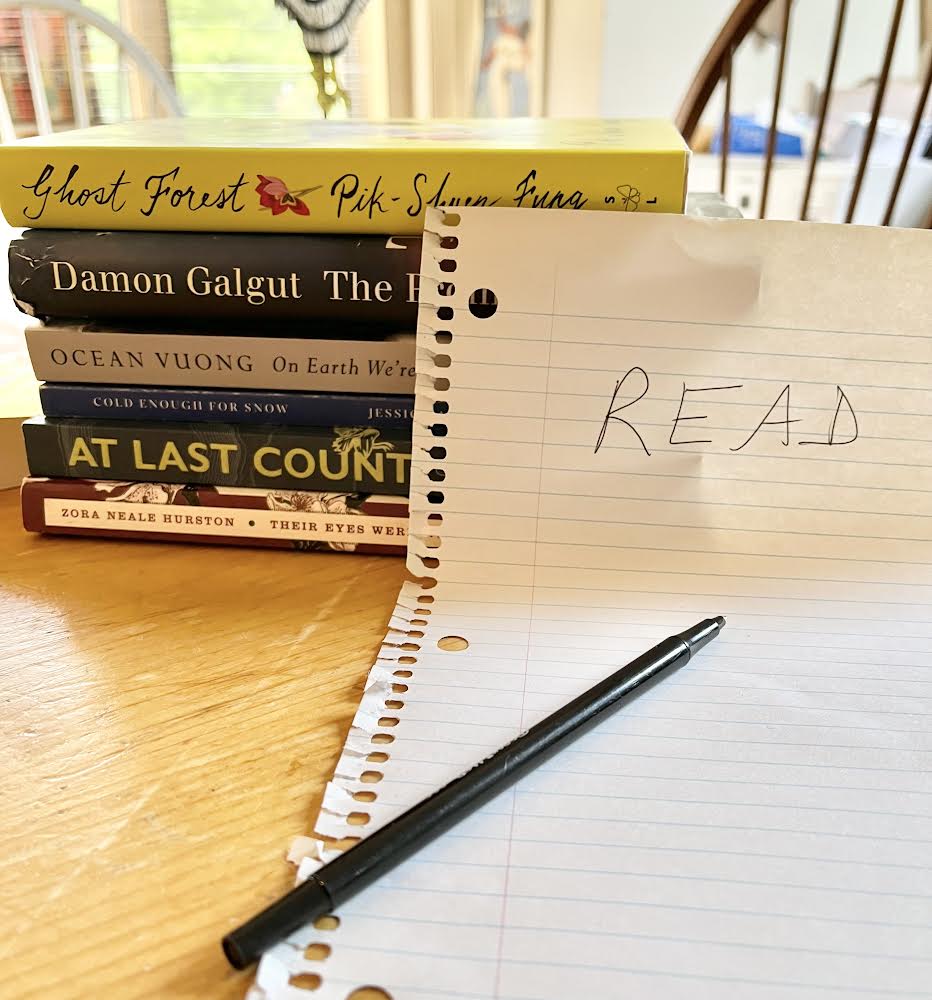 Well, I am supposed to be working on a new novel, but it is quite hard to extricate myself psychologically from  Wan, so I expect it will take some time before I make progress! 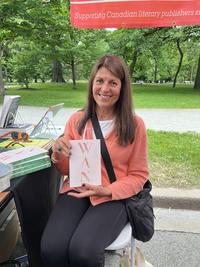 I live in Toronto near a ravine, which is my favourite place to be every morning, especially since we got a dog. The dog forces me out walking in the mornings, and I love walking. I think it's while walking that my writing ideas emerge, or develop, or evolve, in an organic way, and it's while walking that I work on puzzles in the writing, or where I work on things that are confounding and difficult.

I appreciate overall the delicate balance between the city and the natural world, a balance I try to maintain in each of my days. To enjoy the ravine—the trees and hidden stream, and the birds—and to also enjoy the city's busyness: the many people of all different kinds, the pulse of the city.

As long as I have my laptop, I can make my workspace anywhere: the corner of our breakfast room, a corner of our dining room, a favourite coffee shop, a room in a foreign city. It doesn't bother me at all to move around, and perhaps the temporariness of a workspace is compelling in itself. I remember different workspaces I have had with particular intensity: the room with a white cat in Manhattan where Wan, essentially, was conceived, and the farmhouse near Madoc, Ontario during a golden September, where the first draft was written.

My writing career, such as it is, would not be possible without the support of my husband, I do think a writer has to have a partner/friend who understands the precarious nature of the vocation, and believes in it. And that could be widened to include the society at large in which a writer lives, a society that believes in and supports the work of artists, all along the difficult path they travel. In Canada we have that, and I am grateful for it. 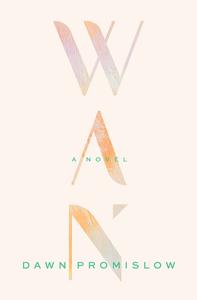 Jewels and Other Stories

September 17, 2018
Solace and affirmation: talking about rape with other women

February 7, 2018 By Kagiso Lesego Molope
Read This, Then That: Truth and Fiction in Namibia