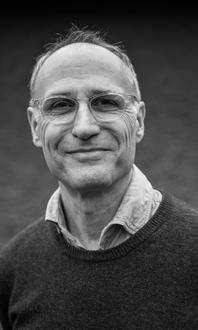 Paul Headrick whose soon to be published novel - Losing Shepherd (Signature Editions) releases in February, sits down with us Q&A-style to talk about which writers have influenced his writing, his current book recommendations, and how communication is the key in setting up priorities.

I encountered George Orwell when I was a child, and I suppose my youth made me more susceptible to the authority much of his work establishes with simple language. I haven’t read him in years, but the influence has been long-lasting: I remain cautious about over-writing, about awkwardly ambitious figurative language, about the potential for my narrators’ voices to draw attention to themselves in ways that are unjustified or inconsistent with their psychology and situation. (Once, long ago, a fellow student in a creative writing workshop observed that one of my stories had absolutely no metaphors or similes, and he generously congratulated me for having produced a kind of minimalist tour-de-force. I said nothing about my apparent minimalism being a simple product of fear, fear of the ghost of Orwell appearing over my shoulder as I wrote, mocking me for pretention.)

I was well into my twenties when I hit Mavis Gallant. She’s not an influence in any way that’s easy for me to get at. Her work always reminds me to try harder. It reminds me that fiction can be important. A conversation between a woman and a man about their child can be realistic and vivid, and simultaneously it can convey the evil that overtook a civilization, or forecast global disaster to come, or suggest at the same time that there’s love still to be found. (Okay, Paul, try rewriting that scene you’re working on one more time.) 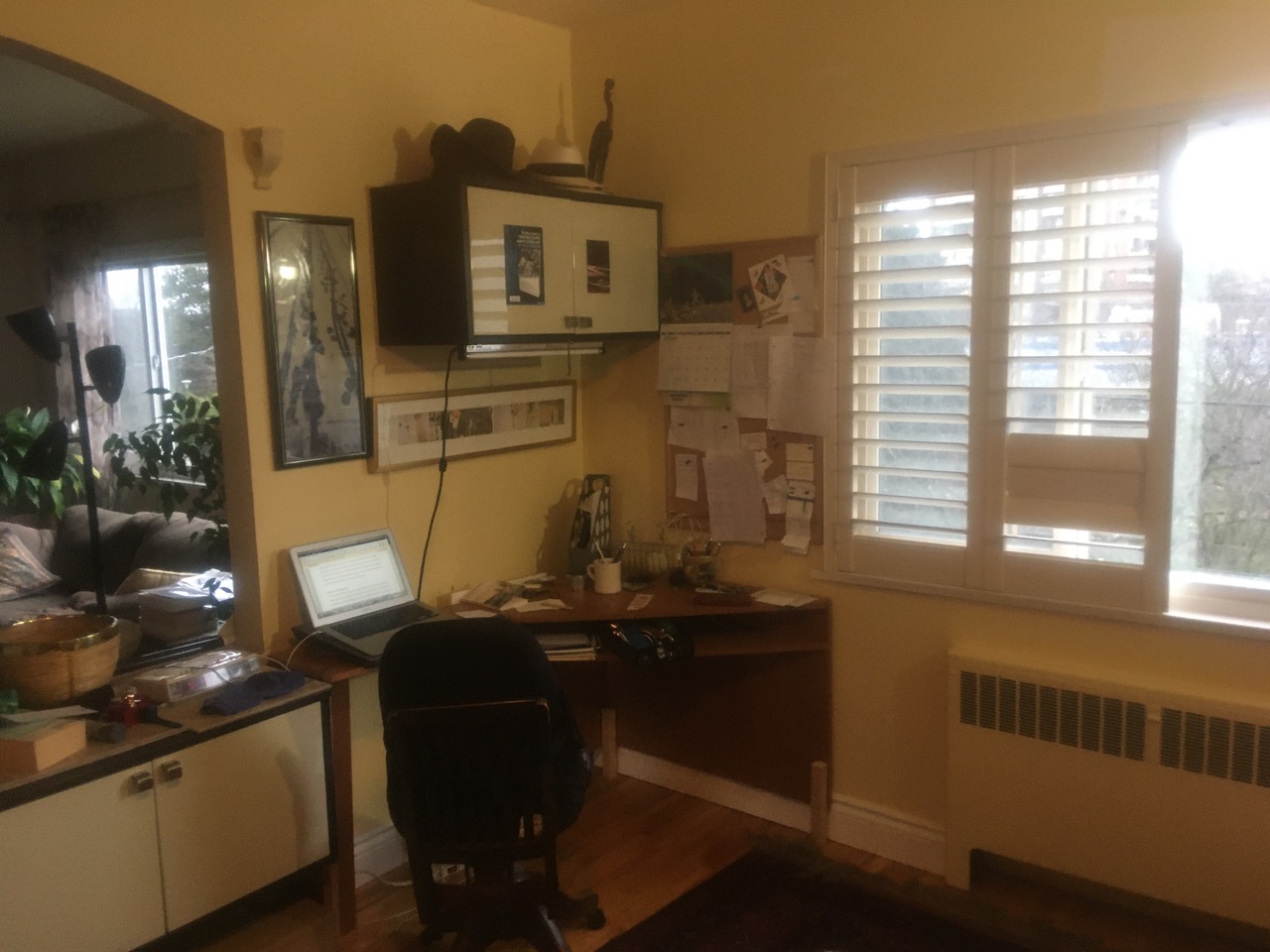 What’s one book you always recommend?

I’m always recommending Mavis Gallant’s The Pegnitz Junction, and for explanation see “influences and impact” above. More recently, it’s Caroline Adderson’s A Russian Sister that I can’t stop talking about, and my confident guess is that won’t have changed many years from now. I like works that have a mysterious element to them, that make me feel that in addition to everything beautiful and moving that I see, there’s yet more if I look again and look closer, and there’s something that will always remain inexplicable, but never arbitrary. Adderson’s novel about Anton Chekov’s sister thrills me that way, and I want everyone to share the thrill, to read something so serious, funny, riveting, so smart and deep about love and art.

I absolutely love Thomas Hardy’s Jude Fawley, from Jude the Obscure. Hardy never steals Jude’s dignity as he moves from one cruelly thwarted desire to another yet more ironic and painful, one unfairly frustrated ambition to another, and finally to tragedy. It’s been a long time since my life felt like a folly and Jude, the saint who cares for lost causes, my obvious patron (if I were the sort to have one). But I can still get in touch, effortlessly, with that distant time when Jude made me feel that dignity might be something I could truly sustain through all my failures, rather than just fake, while fooling nobody.

Have you experienced writer’s block? What did you do about it?

I became blocked, oddly enough, when I was working on my textbook.

I think the term “writer’s block” sometimes get misapplied. There are certainly occasions when I’m facing a narrative problem and can’t think of a solution, and often I’m undisciplined and don’t get to my writing. But those situations aren’t “blocks”; they’re intellectual limitations, or failures to set priorities.

I was in the early stages of putting together A Method for Writing Essays about Literature, and a strange and powerful anxiety overtook me. The small part of the project I was working on seemed impossibly daunting, so much so that the thought of it shook and sickened me, and the worry spilled over into the rest of my life. Even trivial tasks became fraught with the possibility of humiliating failure. (I remember in particular asking my partner to put videos in the VCR for us, because I felt certain that I would botch any attempt to complete the task myself.) The condition persisted for a few truly rotten months. I was teaching full time then, and the classroom was about the only place where my anxiety would leave me.

I arranged a meeting with a publisher’s rep to talk about how to present the textbook project, and talking with her struck the key blow that began to shatter the block. In hindsight, I don’t think it was anything concrete that she said that began to ease my anxiety. She just listened well. She was relaxed and positive. I went home, and it took me about two hours to complete the writing task that before had seemed impossibly complex. The anxiety didn’t vanish from my life, but it ebbed, and when it shows signs of returning, I talk about it. 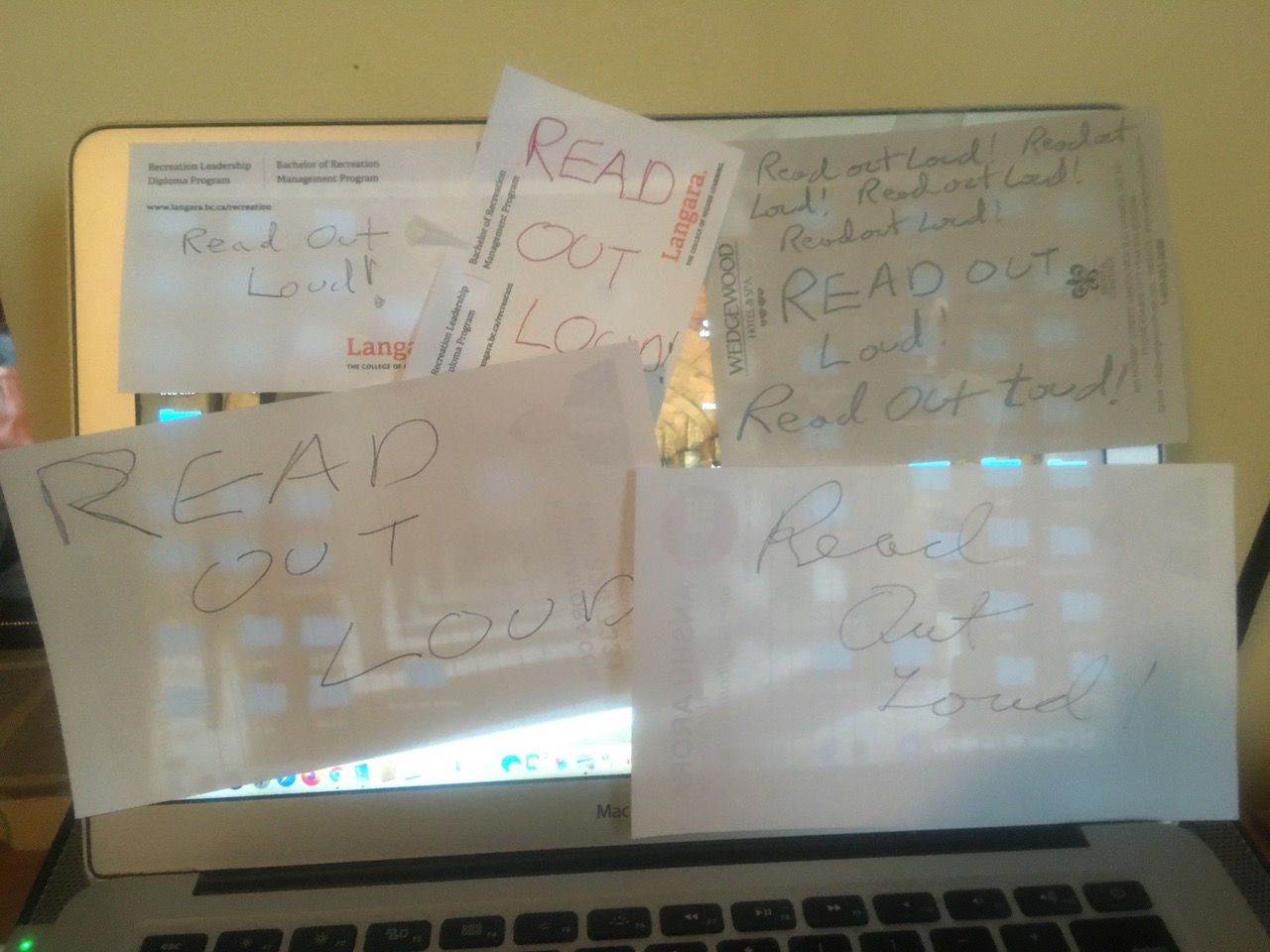 I’m revising False Creek, a thriller set in a gloomy Vancouver winter. (Yes, I agree, “gloomy” is redundant with “Vancouver winter.”) The protagonist is an innocent who’s in the wrong place at the wrong time, and he finds himself both on the run and trying to find whoever viciously beat his best friend. A crippling case of seasonal affective disorder complicates his efforts. There’s some soccer, a heroic four-year-old girl, a couple of chases, deep friendship, sex in a carwash supplies closet, and, I hope, an implicit-without-being-didactic commentary on the nasty truths about BCs permanent extraction economy. I’ve been working on it for about a decade. No anxiety. 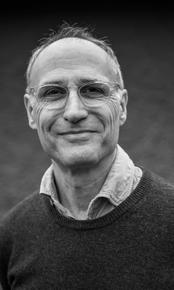 Paul Headrick is the author of a novel, That Tune Clutches My Heart, (Gaspereau Press; finalist for BC's Ethel Wilson Fiction Prize), and a collection of short stories, The Doctrine of Affections (Freehand Books; finalist for the Alberta Book Award for Trade Fiction). He has also published a textbook, A Method for Writing Essays about Literature (Thomas Nelson). Paul has an M.A. in Creative Writing from Concordia University and a PhD in English Literature from York University. He taught creative writing for many years at Langara College in BC, and gave workshops at writers' festivals from Denman Island to San Miguel de Allende, Mexico.

May 12, 2022
Under the Cover: Lesley Krueger on Women’s History Month and her novel Time-Squared