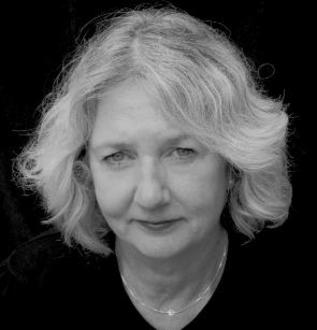 In this week's edition of Writer's Block, we are joined by author Cora Siré, whose recently published a collection of short stories titled  Fear the Mirror (Véhicule Press). She shares in our Q&A the most surprising thing about being a writer, what made her become a writer, and her most rewarding moment as a writer.

When your characters take over the storytelling. You want them to go in one direction, but they rip the steering wheel out of your hand. This happened with Gabriel in Fear the Mirror. It’s like he overthrows the government of Cora-the-Writer and commandeers the drama into a new dimension. I intended Gabriel to connect with his lover, Aude, learn to tango like she wants him to, be an attentive partner, but he opts for rough sex and macabre humour. Gabriel subverts the story to become authentic – the hero he wants to be, not the stodgier version I had in mind. Turns out we’re both tricksters and control freaks.

Is there one stand-out moment that made you realize you wanted to become a writer?

The day I wrote my very first word. I’m sitting on the kitchen chair, my feet don’t even touch the ground, and I pick up a thick HB pencil. It feels as bulky as a rocket ship in my little hand. The blank page of my lined notebook stares me down. It’s painstaking, but I manage three wobbly letters, all linear: LIT. You could say the fire was lit in that moment. Once I got some words down, I started writing my secrets – the ones I reveal in Fear the Mirror. I still had zillions of obstacles to overcome before I became a writer, including breaking the habit of writing EVERYTHING IN CAPS. 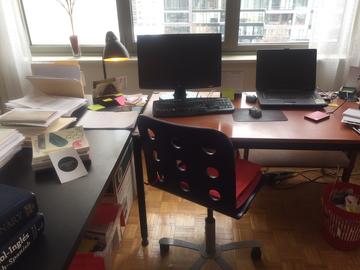 Have you experienced writer’s block? What did you do about it?

Avoidance behaviour is my most persistent roadblock. It’s not so much that I don’t know what to write, it’s that I want to write something other than what I’m supposed to be doing, such as finishing a manuscript or responding to my editor’s comments. If I’m working on prose, I want to write poetry, wrap my imagination around the small and compact. And if it’s poetry I’m supposed to be polishing, I’m possessed by the urge to tell an elaborate story, or start a new novel. It’s the deadline that keeps me honest in the end, knowing that someone is waiting for my work.

What was your most rewarding moment as a writer?

There were two moments actually. The first happened a few months after the launch of my debut book. I’m waiting for the bus on Sherbrooke, one of my favourite Montréal streets for its amplitude and elegance, feeling a bit angsty about my book. All the deflating self-doubt that writers feel after a book comes out, once the initial euphoria wears off. The bus arrives, I climb on board and there, a few seats down, sits a person reading my book. Redemption!

The second moment happened more recently when I encounter an acquaintance, an older woman in a shiny blue coat, walking down the street towards me. She hurries over and says that she’s perplexed about the setting of one of my stories in Fear the Mirror. “I looked up the place in the atlas and couldn’t find it! Is my atlas out of date?” I have to tell her that the country in question, Luscano, is entirely imaginary. But it makes my day to learn that I created a place so vivid, readers might believe it exists. 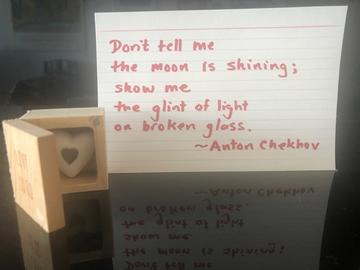 Cora's advice: Don't tell me the moon is shining; show me the glint of light on broken glass - Anton Chekhov

Although I’ve graduated from the thick HB pencil, I’m still in favour of the linear. I like to line up my pens by my laptop alongside a pad of graph paper. On a good writing day I’ll start with some yoga to engage my body and mind, followed by a ritual of hiding of my phone. (I reserve social media for my phone and keep it in another room so I’m not tempted while writing.) Then I sit down at my desk, fire up the laptop and invoke a mantra I stole from Chekhov: Don’t tell me the moon is shining; show me the glint of light on broken glass. 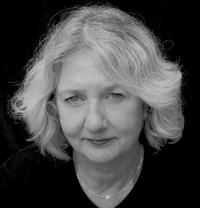 Cora Siré is the author of two works of fiction and two poetry collections. Her novel Behold Things Beautiful was a finalist for the QWF’s Paragraphe Hugh MacLennan Fiction Prize in 2017. Her stories, essays and poems have been published in many anthologies and magazines in Canada, the U.S. and Mexico. Based in Montréal, she often writes of elsewheres, drawing on encounters in faraway places and her family history of displacement. 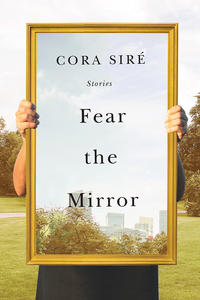