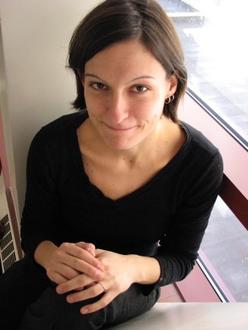 Montreal-based writer and translator Katia Grubisic—whose most recent translations include Daughter of Here and Little Girl Gazelle (Linda Leith Publishing)—sat down Q&A-style with us to chat about her ideal writing day in a pandemic (a forest, water, books), her upcoming translation (A Cemetery for Bees), and a standout writerly moment at the age of three.

Katia Grubisic: I am told that at the age of three, I strode out into the middle of the living room, took a deep breath, and declaimed, “La nuit est noire / La nuit / est noire.” [The night is dark.]

KG: When I was young, I would get in trouble for trying to read at the table, so I would sneak around the book interdiction—though my family is bookish, my father’s a writer, etc.—by reading anything that was lying around. The cereal box. My mother’s teachers’ union rag. An Allan Fotheringham column in the back of the Maclean’s magazine left lying around. Recently, I had a gig for a while doing pedagogical summaries for the Quebec ministry of education, and so I got to plow through endless kids’ and YA books, and I find myself missing that, the task, the range, the endless surprise. Especially I like reading books that I wouldn’t want to have written, don’t want to translate, and have no interest in emulating.

KG: I have recommended and lauded and given and shared countless times Colum McCann’s This Side of Brightness. I like all his novels, and I really like several, but this one somehow seems to have been written at a point in his creative trajectory when he was still casting about to flag down an elusive story that has a life of its own, rather than trying to Be A Writer, or telling a good story and knowing how to be good at it. The book’s about the construction of the New York City subway, and it’s engrossing and human and entertaining and telling and insightful and very good, and you should read it.

KG: There’s no such thing, but in these virusy, red-alert times it would look like a week with no people in it. A single day? Ideally I’d love to have, like, two hours to read on purpose, two hours to wander around in a forest, I’d want to be near a body of water, I’d want to have a translation of something satisfying to bash through, and then I’d want another bunch hours to get lost working on my own writing, and then I’d stay up all night reading some page-turner. 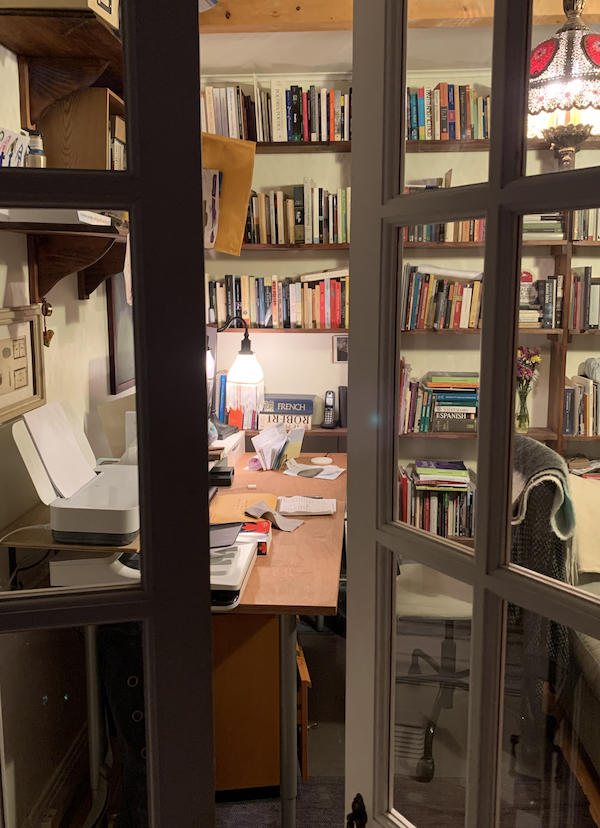 KG: I’m finishing my third edits on my English translation of Alina Dumitrescu’s Le cimetière des abeilles, A Cemetery for Bees, which will be out with Linda Leith Publishing next spring; this is a scary stage, because it is properly my last version before I submit the manuscript to the publisher, who will assign an editor and proofreader to see it through another six or seven drafts altogether. Alina is another Romanian-born Montrealer by adoption, like Ioana Georgescu, whose novel Daughter of Here just came out, also with LLP. There was a point at which I had to come back to Ioana’s novel to finish copyedits while mired in a first draft of Alina’s, and I was worried that the voices would get tangled. But in fact it seemed like I was inhabiting two different minds, two different Romanias, two different twentieth centuries, two completely different aesthetics. 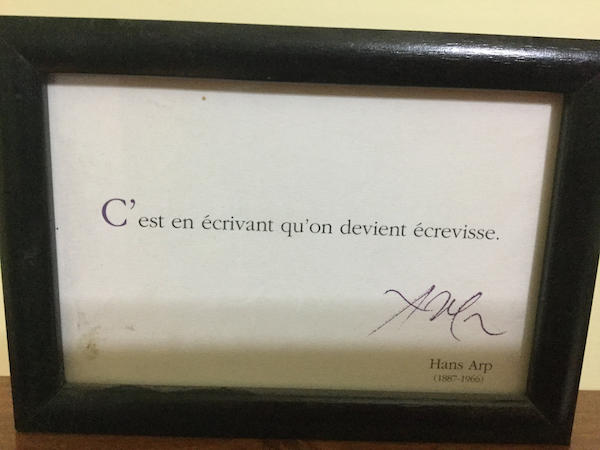 Katia's writerly advice, literally translated to "It is by writing that one becomes a crayfish."

I’m a writer, translator and editor—that’s my priority order, though it’s not always how it pans out. I’ve published a bunch of poetry, short fiction, and translations, mostly in Canadian journals and magazines. My translations include the children’s books ABC MTL, by Jeanne Painchaud, with photographs by Bruno Ricca, and Little Girl Gazelle, by Stéphane Martelly, with illustrations by Albin Christen; and the novels Brothers, by David Clerson, White Out, by Martine Delvaux, and Daughter of Here, by Ioana Georgescu. My translation of Marie-Claire Blais’s tremendous Des chants pour Angel, Songs for Angel will be out shortly too.

I live in Montreal, in a house that’s falling down in nearly every possible way, and which I am really enjoying restoring, albeit verrrrry slooooowly—it’s the opposite of the blank page. You have all the materials, the ideal outcome, the problems all laid out: get the straight thing to be straight. It’s satisfying. I sometimes think it would be easier to have a day job that’s completely other than writing—renovatrix, say, or migrant fruit picker or intergalactic neurosurgeon—but mostly I just build and repair and render words and sentences all day. I have no pets, though our kids are after us presently to let them adopt a kitten from a neighbour’s brand-new litter. They’ve named one Farine and they like to stop to visit on our way home; he’s pretty cute.

April 5, 2018
Kinds of Dads: A Poetic Retrospective for Father’s Day