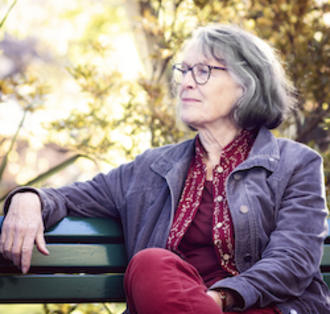 Drawing from her own lifetime of experiences as a construction worker, Kate Braid brings us her newly published collection  Hammer & Nail: Notes of a Journeywoman (Caitlin Press). We welcome Kate to the ALU blog and chat more about how working in construction sparked her initial interest and desire to write, having tough conversations with Fear, finding a fave author in Joseph Campbell and making a ritual of Mah-Jong.

Kate Braid: I never planned to become a writer, and it wasn’t until after I’d published two books that I dared even say the word. It sounded too distant, too magical – literally unimaginable. Maybe it’s because, though I was a ferocious reader, I never knew what the heck I wanted to “be” when I grew up, though I tried a lot of the things that girls raised in the 50s thought they should be: secretary, clerk, childcare worker, etc.. I wasn’t satisfied with any of them. Then, desperate for cash, I stumbled into construction. The most important writing moment for me came about five years after that. (I’m a slow learner!)

Since I was a kid I’ve kept journals, starting with a small pink plastic one with a tiny lock. That ended when I lost the key. (Is that symbolic?) But when I started in construction in 1977, every night after work I’d write two and three single-spaced pages, trying to understand what the heck was going on in this strange world of men and building. As the years went by and I got busier, especially when I started my own contracting business, the notes got shorter. I had to cut to the pith so I could get to bed and start again early the next day. But one evening, looking over my short lines, I suddenly wondered if this could be poetry? It took a few more months to get up the nerve to ask my boyfriend, and “Yes," he said. It looked (and more important, it sounded) like poetry to him. Amazing! It was that, that gave me the courage to take my first writing course.

KB: That first writing course was given by Tom Wayman and it changed my life. It was a class on Writing about Work and it was fluke (or fate?) I ended up there, but that’s another story. Tom became a friend and mentor; he invited me to join his writing group, the Vancouver Industrial Writers’ Union, where all of us wrote about work and explored the importance of people talking about this huge part of our lives. He pushed me (gently) to get up and do my first public reading – which was truly, the most terrifying moment of my life – then encouraged me to start submitting poems to literary journals, and later a publisher.

It was a pleasure and an honour and seemed only appropriate that years later, I built Tom an office and a new writing space in his basement in the Slocan Valley.

KB: In non-fiction, not a single book, but an author – Joseph Campbell. His Hero with A Thousand Faces, an exploration of the overlap of world mythologies and the particular myth of the hero’s journey, changed my life again. I’d already read Carl Jung on the presence of a male and female element in every person, and the concept of a collective unconscious, and I found it electrifying to see this global pattern carried forward and applied to specific civilizations in Campbell’s work.

In poetry, I go back to Rilke, especially the translations of Anita Barrows and Joanna Macy. I marvel that every time I go back to any of these books, I read them each time with a new perspective and deeper understanding. This is one of the pleasures of aging!

KB: Alas, yes. I start with two games of online Mah Jong. The problem is that “two” too often turns into three or four, etc.. And the writing time suffers. Now, if you asked about the ritual I wish I had, it would be to get up, go straight to the gym, home for breakfast and be at my computer by 10 every morning where I’d start with a 20 minute meditation.

KB: How hard it is. Any day job I’ve ever had – clerical, construction, you name it – got easier as I spent more time and got better at it. But the stresses of writing – making myself get down to work (no more Mah Jong!), stay with it, edit, edit, edit, all the self-doubts and lack of income or recognition – don’t seem to change.

So why do it? Because it’s so deeply rewarding to think on paper. This is how I find out what I’m thinking, what’s bothering me. There’s something about the physicalness of it too, the getting-it-down-on-paper that drives me.

I’m also surprised at how much I love doing public readings of the finished work, because of how powerful personal feedback and the sense of an audience response is. It tells me everything about how well a piece is really working. I’m not sure how that’s going to work on virtual readings, but I’m about to find out. 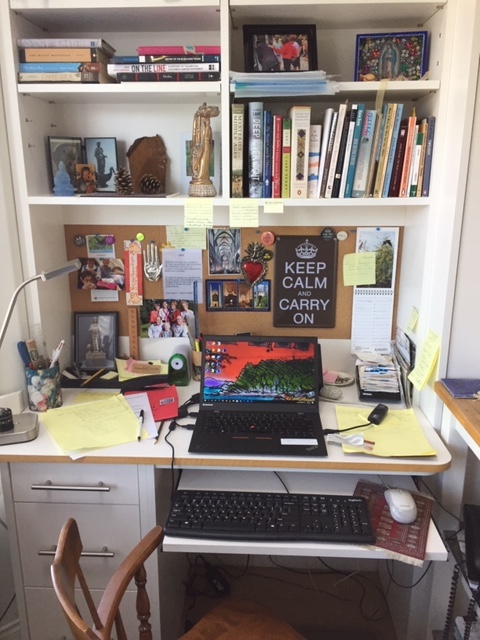 Keep Calm and Carry On! A snapshot of Kate's workspace

ALU: Have you experienced writer’s block? What did you do about it?

KB: Although I’m driven to it, I find it a scary process to write down on paper what I’m thinking, or imagining. Often if I feel stalled in one genre – poetry or non-fiction – I switch to the other for a while, which usually somehow solves the problem. But I got really stuck – twice – when I was writing my memoir about being a carpenter, Journeywoman: Swinging a Hammer in a Man’s World.

When I was still on the tools, I started writing the book as fiction. Odd, given that I hardly ever read fiction. I think I didn’t want to be exposed. So I’d started the book a dozen times, but I wasn’t getting anywhere. In fact, my main character – Kelly – seemed to be rebelling. She’d been closely following what you might have noticed was my own life track, until she went up north to work, and after, wouldn’t come back down south, as I had. It was the oddest thing. I tried many new starts but finally I gave up and signed up for an MFA in Creative Writing at UBC, specifically so I could finish this novel.

When I told Keith Maillard, my fiction teacher, the problem, he had me do that old gestalt exercise of sitting my “character” in one chair and me in the other, then talking to her. In front of the whole class! Did I say I was writing fiction because I didn’t want to feel exposed?

Keith said it’s a great sign when a character escapes your control and starts off on her own way. Who knew? My novel was actually launched! Still, I must be a control freak because I didn’t like this wild-woman-character thing one bit.

So I went back to Plan A (or F, or…) and started the book yet again, this time as non-fiction, as a memoir. But again, after months of work, I got stuck. Day after day I sat in the Vancouver Public Library staring out the window at a couple of crows building a nest on the roof opposite. At least they were building, while I was getting nowhere with my writing.

So I used Keith’s trick. (My essay about this was published in Room several years ago.) I realized I was afraid of something, afraid to say it in this book. So I sat Fear in the chair opposite me at the library carrel and had a silent conversation. I asked Fear what the heck was going on? Why was it blocking me? Then dutifully wrote down our conversation.

It turned out Fear was angry that I couldn’t just write the damned book and move on. It was my life, wasn’t it? What could be so hard about just writing it down? I told Fear I seemed to be afraid to reveal myself this much and in a moment of inspiration, said I needed help and asked Fear if it could help me. 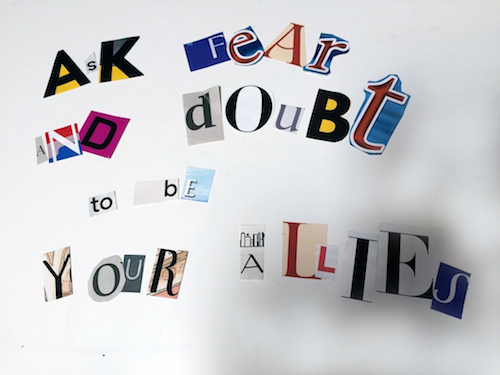 Fear was a little nonplussed, but agreed. And the book was quickly finished. I think it also helped that I figured out this book wasn’t really for me; it was for all the young tradeswomen out there who needed a bit of encouragement, some sign of a path, that they weren’t alone.

One final note: when I had a bit of trouble finishing up this newest book, Hammer & Nail, I did something similar and realized I feel a sweet sadness about it. I think this will be the last of several books on my construction experience. It’s time to move on – to what, I’m not quite sure! 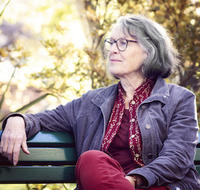 I was born in Calgary, the eldest of six kids, which is maybe how I got to be just a bit bossy, independent, and a control freak to boot. The family moved to Montreal when I was ten, which I now realize was a gift; I still love the cosmopolitan, bilingual character of that city. It was also where I got my first job as a writer, as Assistant Editor on CIL’s house organ. (There were only two of us on staff, so the title was a bit overly dramatic.) I realized there, that I was not cut out for corporate work, so in 1970 I moved to Vancouver.

It was the hippy days, and yes, I got involved with a commune. That was good for a while and I found it especially intellectually stimulating. It was the kind of commune where we read a lot and talked most of the night about the new era and how social relations had to change. But I’d also joined Consciousness-Raising groups and was beginning to find myself as an independent woman, which didn’t fit at all well with the patriarchs, despite their theories. So I left.

I felt pretty lost for a while and ended up on one of the Gulf Islands off Vancouver, which is where I got into construction – not from any desire to build, just because I’d run out of money. It turned out I adored building things – why does no one give girls a chance to try physical labour? – and I did it for the next 15 years, always as the first woman these men had ever worked with. This is the story of Journeywoman, three of my poetry books, and now of Hammer & Nail.

On the island, in 1978, I also met the man who’s now my husband. His son, my step-son, ow lives in France with his wife and a daughter, my granddaughter, so we go to France every chance we get – which of course is a lot more complicated in these days of Covid.

I’ve written, co-written, edited and co-edited 15 books and chapbooks of poetry and non-fiction, including, with Sandy Shreve, two editions of what turned out to be a ground-breaking anthology of Canadian form poetry, In Fine Form. My most recent book of poetry is Elemental (Caitlin Press, 2018) and my most recent book of non-fiction, Hammer & Nail: Notes of a Journeywoman, is a follow-up to my memoir of being a carpenter, Journeywoman: Swinging a Hammer in a Man’s World. (Both Caitlin, 2012 and 2020.) 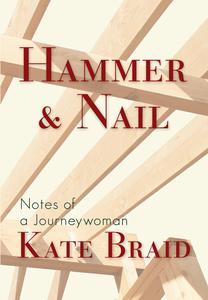 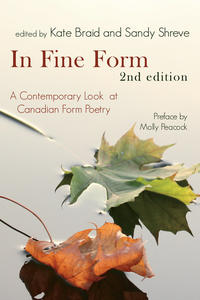