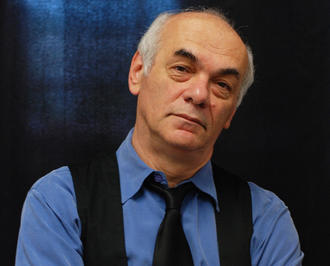 All Lit Up: What’s the most surprising thing about being a writer?

Endre Farkas: That I’m a writer. I didn’t have a standout moment when I decided to be a writer. I wanted to be a great soccer player. I wanted to fall madly in love. I didn’t want or not want to be a writer. Writing seemed to come easily, even when it was hard. It seemed as natural as the breath breathed in and out. Writing led to more writing. And so it still goes. What is also surprising is that I’m still writing after all these years, in spite of the fact that I haven’t become famous or rich. Revelation. Writing is not what I do. Writing is what I am. Maybe it’s a romantic notion, but it’s true for me.

EF: I’m a genre fluid writer, so I’ve been influenced by writers from different genres. I started my writing life by writing poetry. The first poet I encountered who influenced me, in the sense that he was the first poet I read, was Jozsef Attila, a Hungarian poet. I was in grade one in Hungary and everyone in class had to memorize and recite a poem. The poem I was given to memorize was “Lullaby.” It’s about a tired mother trying to convince her child to go to sleep. In each stanza, she lists a bunch of things that have gone to sleep, from creatures, to threadbare jackets, to streetcars to get him to go to sleep. I instinctively liked the rhyme, images and the idea of lists. I don’t know if I consciously thought that then, but I think it now. I can still recite parts of it. Sixty years later, I incorporated that poem into my first novel Never, Again. That’s influence.

William Blake was the poet I most liked while in university, both for his poetry—simple and complex at the same time—and his weaving of social and political themes into his work. Being the sixties - and he being outside the mainstream of his time – he appealed to me. He made it into my second novel, Home Game. Blake and a high school friend led me to Allen Ginsberg, to his howling and yawping. I co-wrote a parody, Howl Too, Eh, with Ken Norris and Ruth Taylor that made it into National Lampoon and earned us over a thousand dollars. Not bad, eh?

Canadian poets David McFadden, George Bowering, Daphne Marlatt, A.M. Klein and Leonard Cohen all influenced me in different ways at different times. McFadden turned me onto the quotidian as subject matter and Bowering to the Black Mountain poets. Marlatt turned me onto language, stream of consciousness, and rhythm, and Klein to my Jewish heritage as subject matter. And Cohen— he was mystical, cool and from Montreal. And finally, The Vehicule Poets. To know why, read  Vehicule Days:  An Unorthodox History of Montreal’s Vehicule Poets edited by Ken Norris (Signature Editions).

In my plays and performances, it was Becket and Brecht who I looked to and read. Becket introduced me to non-realist possibilities in plays and Brecht to infusing social and political concerns into plays. “Food comes first and then morality” was a quote of his that I had pinned to my wall. Though, to be honest, I changed “morality” to “art.”

My prose—my most recent genre exploration—is influenced by my father who was a great storyteller, and Ferenc Molnár whose Paul Street Boys was the only novel I ever read in Hungarian—I was seven or eight—just before we escaped from Hungary in 1956. It was about loyalty, innocence, conviction, principled behaviour under stress, and individuality. It was a great read. I’ve even incorporated the novel as a “character” in both my novels.

EF: The Long Goodbye by Raymond Chandler. For its language, its observations and its hardboiled-ness. I channeled Chandler when I wrote Murders in the Welcome Café, a serial poem. There are books of poetry and favourite poems I dip into regularly. Shakespeare’s “Sonnet 130,” Blake’s “Auguries of Innocence,” Ginsberg’s “Howl”, A.M. Klein’s “Heirloom,” Ken Norris’s “You are reading this too fast” and Carolyn Marie Souaid’s “Paper Oranges” to name few.

EF: Not anymore. In the beginning, because I thought it was romantic and I couldn’t sleep, I used to write round about midnight to the cool jazz of Chet Baker, Miles Davis, etc. I also used to like writing first drafts by hand. I still do when on the road. I like the feel of my fountain pen, its scribbling/scratching on paper. Nowadays most of my writing is done on the computer. I also like to toke as a way of opening doors of perception. Editing, I do straight. I now write or not write anytime and everywhere. But one ritual I still abide by is showing up. 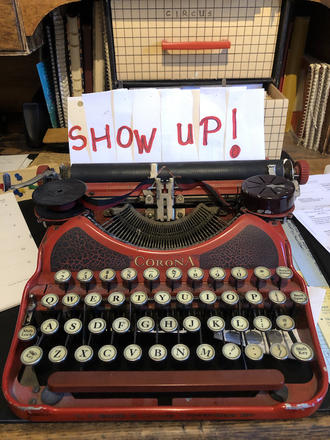 EF: I didn’t have one “most rewarding moment.” It always seems to be when a line of poetry works. It’s the sigh after an image is “perfect,” when I feel that there can be no other way to say it (at that moment). In fiction it’s when a character says something I hadn’t thought of but rather comes out of his/her mind and mouth. And I say “of course.” Or when a scene makes a scene.

EF: I wake up. It helps to be awake. I do my tai chi exercises and forms. It’s great for posture, balance, memory, mindfulness and sweeping away sleep. Coffee is a must. In winter, staring out my window helps me focus. In summer, going to my little garden, seeing what seeds sprouted, what plants bloomed, what vegetables were eaten by the birds or squirrels, and which died. Then, going to my desk and winning the struggle between starting to write and googling. Winning is when I start to write. Although I sometimes think that by googling I can approach writing from a disconnected perspective, outside the box. Sometimes some random piece of trivia or serious piece of information might spark something. A fellow poet, Stephen Morrissey, wrote a poem that I use as a mantra to get me going: “regard as sacred the disorder of my mind.” I write in 20- to 30-minute bursts. After that my back begins to ache and my mind wanders. Looking in the fridge and having an epiphany as to what would be fun to eat for lunch is part of the perfect writing day. After lunch, a siesta is a must. Waking up in a good mood is great. Reading one of the three to five books I have going is a nice transition back into writing. Feeling like making supper is a good sign for more writing afterwards. I usually have a good conversation with my partner about writing (she’s a writer as well) or watch stuff till midnight and then write for an hour or so. Then it’s off to sleep, perchance to dream of waking. 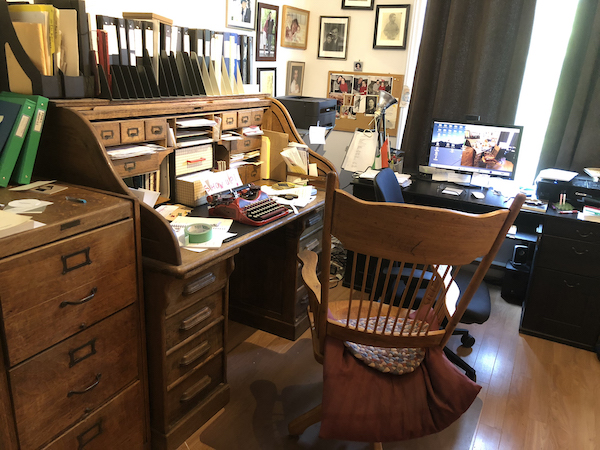 EF: How and why did you structure your book Home Game the way you did?

This question is about the creative process. And though most critics and readers react to a work by asking what’s it all about, I’m very curious to see how a novel is structured and why. This question may seem more about construct than content, but for me, one is very much linked to the other.

Originally, Home Game had a much different structure. It had back and forth sections between Tommy, the main character, and his childhood friend, Frog, and, like two trains on the same track, they were heading toward each other. I liked it but my editor thought that the back and forthing was taking strength and focus away from both. It also required more tell than show. Then I got the idea of starting in medias res, in the midst of things. Now it starts in a crucial part of a related chain of events— the situation is an extension of previous events that are developed in later action. I wanted to plunk the reader in the middle of things and live the unravelling that Tommy is experiencing. The reader, like Tommy is dislocated. The structure reflects this dislocation, beginning in a police station, in his birth town, from where he and his parents escaped eleven years earlier during the 1956 Hungarian uprising. There, he is waiting to be interrogated for something that is not clear, in a language he now hardly speaks, and scraping a drying brownish stain from his hand. By way of this beginning, his childhood and present predicament is presented simultaneously. What follows is a flashback to how it all started, at a soccer game that seems to have nothing to do with the interrogation. The flashbacks are interrupted by "flash present" interrogations. So, in the end, I did get my back and forth-ing but not the way I had originally conceived it. God bless and curse editors.

The devil and the angel are in the details. And these details, I believe, are relevant to more fully appreciating the story. After the fourth or fifth draft, I began to see its arc. I began to consider Home Game as a quest. I started to tweak some details. Originally, I chose to call the soccer team the Internationals because the team is made up of players from all over the world who, like Tommy, are exiles/immigrants. They are all from elsewhere. Then I changed it to the Knights because it suited the quest idea. Later, I realized that both were right, so I had them call themselves Sir Internationals. It reflected their own sense of identity and their evolution into being Knights on a quest. This way, Tommy leading the team back to his homeland becomes much more than the story of a couple of friendly soccer matches between countries. Also, in his own trials, tribulations, epiphanies, and adventures into sex, drugs and love, identity and home become more meaningful because he is a Knight errant. He and his teammates being “Knights” also ties in with The Holy Grail that they are consciously and unconsciously after. He discovers that his Grail isn’t the trophy he holds up at the start of the novel but Frog’s Manifesto, “J’Accuse,” at the end of the book.

There are other underlying structures, minor and major, upon which the story is built. I invite the reader to look for them. I really believe that with this extra eye, a story or any piece of art, becomes more alive.

Thanks so much to Endre for answering our questions, and to Ashley at Signature Editions for making the connection.  Home Game is available on All Lit Up.