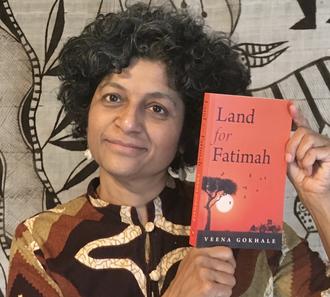 We talk with author of Land for Fatimah and Bombay Wali & other stories (both Guernica Editions) and Indian vegetarian cooking school Slurrrrp! owner Veena Gokhale on when she decided to become a writer (it involved squirrels), how books can spur social change, and the spice-fuelled graphic novel she's working on next.

All Lit Up: Is there a stand-out moment or experience that helped you realize that you wanted to become a writer?

Veena Gokhale: I am around eight years old, bright eyed, an avid reader, and fond of the bushy-tailed squirrels in my garden. I practically live in my garden where the wild banana trees whose fruit is inedible grow. This is a small town called Bhilai: right in the middle of India, more or less! I am plotting a story about a little girl who makes friends with a squirrel, who becomes her pet. But alas, not for long, because then he runs away!

I can still connect with that excitement, the rush of pleasure as my mind speeded up, intensely engaged with the plot and words. Words that I then committed to paper.

Around that time when I was asked by my parents’ friends whether I would like to be an engineer or a doctor when I grew up, I would say: “I want to be a writer.” (Note: my father was an engineer and my mom a doctor.) People were taken aback, but nobody contested, as being a writer has always been respectable, even if ruinous!

VG: I lived in Tanzania from 2005-2007, working for a dynamic, non-profit organization. I had always wanted to use stories in social change communications. It was in Africa that I got to work on two illustrated storybooks that targeted school children with socially relevant messages. I wrote the storyboards in English and a colleague translated the dialogue into Kiswahili. Then I worked with a local artist who did the illustrations. We also included a feedback form in the books.

The motivation behind the first book was the need for intergenerational dialogue on HIV-AIDS and presenting the issue of HIV-AIDS prevention in a larger perspective. Another issue my NGO was trying to highlight was the importance of the quality of education. Everyone was talking about infrastructure, building schools, even teacher training. We wanted to go further. So I wrote a story about a girl called Zainabu who goes to a poor school that takes a child-centered approach and encourages critical thinking, while Richard goes to a richer school where the emphasis is on rote learning and scoring in exams. Guess which of the two ended up solving a pressing problem in their village?

Getting those books done and out to thousands of people in a network called Friends of Education, developed by the NGO, was rewarding.

That feeling of satisfaction hit me again when I read the following words about Land for Fatimah from a reviewer: “... a powerful tale about land ownership, dispossession, power, and poverty told through the eyes of four women..."Masterfully weaving an important global narrative about the consequences of colonial, corporate, and governmental greed with a more personal story of working in an NGO in a foreign land, Land for Fatimah is a must-read.” 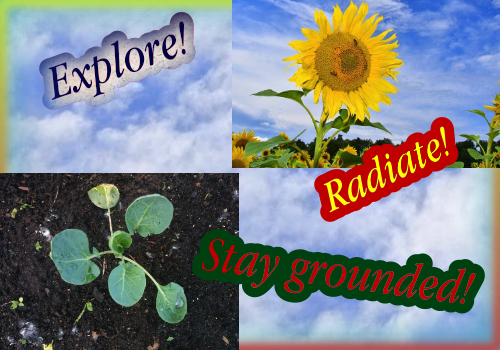 VG: I have set myself a couple of stiff challenges. Sigh!

I have a small business giving Indian, vegetarian, cooking classes. Yes, I am indeed an immigrant shape shifter, as my back-of-the-book bio says! I started looking for food-related Indian stories and myths, and found a few. At this point I have an outline for a book that would include vegetarian recipes from all over India. The riches of Indian regional cuisine, and vegetarian at that, are not so well known here. As for the stories, I hope to have one at the end of each section, and perhaps retell them for the 21st century. One of them is about Annapurna, the Goddess of Nourishment, which I see as belonging in a Feminism 101 class! I don’t know the cookbook industry at all and on top of that I would rather have this book come out in French! I learned French after coming to Montreal, but I certainly cannot write well in that language.

Recently I wrote an outline for a graphic novel. It’s a dystopia, involves spices, and one of the rather mysterious central characters is a woman corrupted by power, personal and economic. I know next to nothing about graphic novels and would certainly need to collaborate with an artist.

VG: Because its loads of fun, particularly writing fiction. Stories, plots, and characters come to me but the practicalities of life take up so much time that I take ages to get them into a word document, if at all! Some require a lot of work to develop to fruition, others come a bit easier, though there’s always tons of rewriting. I love that. It’s so fascinating and satisfying to work with words.

People sometimes say that it must be difficult to write fiction. I say, no, it’s real life that’s tough. It’s exciting to spin tales. There’s so much freedom. I have had an intimate relationship with stories since I was a child and I remain hooked! Literature has enriched my life tremendously. It’s gratifying to have found a tiny niche in that world. 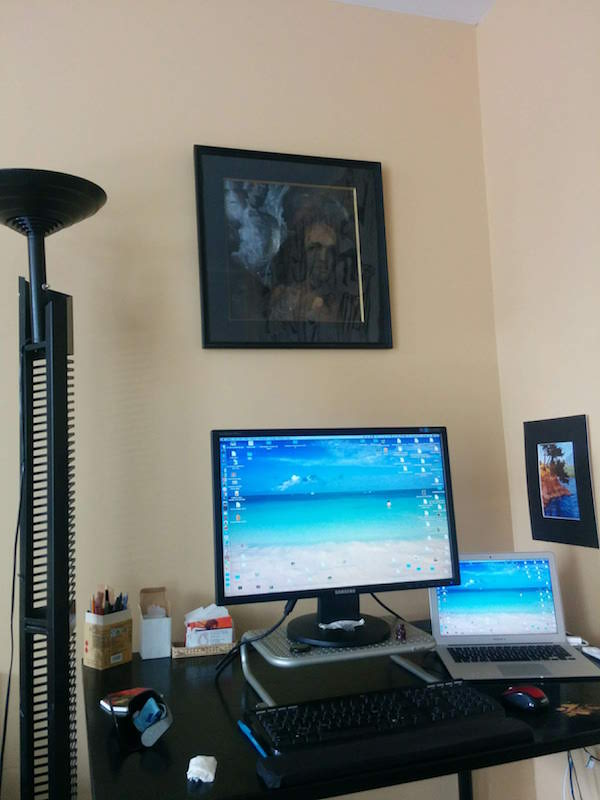 VG: It’s selling your book, finding readers. No one else can do it for you, though friends and people around you do help. There’s an explosion in creativity and the number of books being published has multiplied enormously, even as the book-reading public has shrunk and attention spans are diminishing. And there’s all this free reading available online! As a writer you are competing with Homer and Shakespeare onwards to the most trendy, new, genre-bending book. Why should anyone take a chance on a new or newish author with a book that costs $20-25 (though prices do fall fast on Amazon!)? People seem to want to watch video clips posted on Facebook or Netflix movies or do something else altogether rather than read. Book sales are a kind of taboo topic. Collectively there’s a lot competing for the attention to cultivate audiences, nurture readers, and promote books and authors.

ALU: Tell us about your books, Bombay Wali and other stories, published in 2013, and your recent novel, Land for Fatimah. 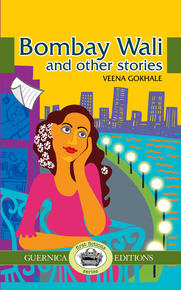 VG: The title, Bombay Wali, means a woman from Bombay. Half of the 12 stories are set in that “tough, tantalizing, slum-speckled, City of Gold,” a cosmopolitan place as vital as New York, London, Buenos Aires, Beijing or Lagos. I was born there, then lived elsewhere, until my parents moved back just as I was entering university. Later I worked there as a journalist for English language publications.

The title story is about three young women journalists who are plotting to rob a bank! Feroza is a middle-aged professor who is “left at home,” looking after aging parents, while her two siblings are absent. She goes unexpectedly to an evening of jazz music and is assailed by a tragic memory. Dilip is a Dalit (low caste) student studying on a scholarship and is literally starving. Martin, a pre-teen boy living on an unnamed island, has an unusual friendship with a reclusive heiress, Maliha. So there’s a variety of characters caught in different human dilemmas. The book brings Bombay, India and elsewhere to pulsating life.

In Land for Fatimah, Fatimah is a subsistence farmer who has been ousted from fertile farmland along with her entire village to make way for a government project. Her people are called the Aanke. Compensation was promised, but a year later very few families have got it. The Aanke have scattered in different parts of Kamorga, the imaginary east African country where the novel is set. Meanwhile, Anjali, an Indo-Canadian, single-mom and an international development professional, has willingly relocated to Kamorga from Toronto. Her 10-year-old son Rahul is unhappy about the move and she is clashing swords with her colleague, Grace. Anjali and Fatimah form a bond and decide to find new land for the Aanke to cultivate. Then, all hell breaks loose! Said one review: “The story revolves around multiple conflicts and family relationships, with displacement as a premier theme affecting several key characters. It’s tough to have that many interwoven threads, but Gokhale handles it deftly—the reader is not overburdened.” 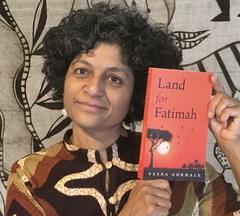 Veena Gokhale loves the arts, nature, yoga, and Buddhism and is curious about political, social, and environmental issues. She also drinks (alcohol) and often has subversive and bitchy thoughts, which she expresses quite freely. She met her partner, Marc-Antoine, in a café in Vancouver, happily dropped out of a PhD and followed him, after some detours, to his hometown, Montreal, where you can find her with a large collection of stuffed toy animals.

She is stunned by how difficult it is to find professional and financial stability, as an immigrant, in Canada, and even more so, in Quebec. She is trying to fully embrace the Buddhist notion of letting go and is at times successful. If you are ever in Montreal, she invites you to try out an Indian, vegetarian cooking class with her, and highly recommends a walk in Jardin Botanique.

Thanks so much to Veena Gokhale for answering our questionnaire, and to Anna at Guernica for making the connection.  Land for Fatimah and  Bombay Wali and other stories are both available on All Lit Up. 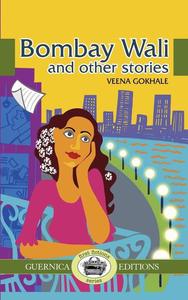 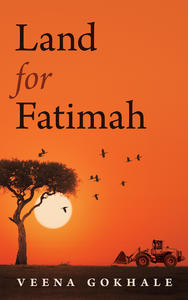 February 8, 2016
Read This, Then That: A Double-necked Guitar of Rock Reads