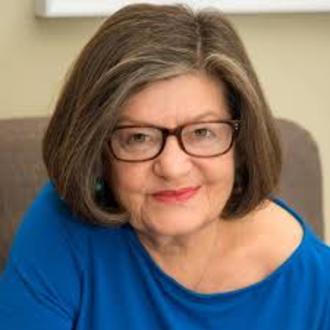 We chat with the hilarious Sharon Butala, author of the recently published  Zara's Dead (Coteau Books) about the glamorous life of a writer (at least in wishful thinking), the haunting influence of Karl Ove Knausgaard (even in your dreams), the monotony of irony, and more.

Sharon Butala: Probably when I found out that writers got invited to festivals and to do readings in London, Sydney, New York, Buenos Aires, etc...I was living on a remote cattle ranch in southwestern Saskatchewan and ranchers never leave because of ranching demands. So I gave writing everything I had, thinking those invitations and plane tickets would soon be coming my way and I would at last see the world. Instead, I got invited to Swift Current and Medicine Hat, Grande Prairie and Williams Lake. I drove to them. In a truck.

SB: Kurt Vonnegut hated semi-colons. How can you read a man like that? Obviously, he’s a negative influence. I tried and tried to imitate Alice Munro whose work I worshipped; turns out you can’t. I’m reading Karl Ove Knausgaard, find him so brilliant he creeps into your soul, but last night I dreamt he was in the bed with me (nothing else, just lying beside me – I might have put my hand on his knee) and I thought, this has got to stop. I want to find me; I want to write me, but after forty years of writing I don’t think I’ve done it yet. Every single book I read influences me, one way or the other.

SB: I enjoy reading books that don’t keep saying things I already know. I’m not terribly interested in irony – gimme a break on irony, that’s for kids (and literary critics with their moustaches) – I forgive a lot of dumb stuff for the sake of writing that is beautiful. But I like thick, dense books whose ideas and characters I can lose myself in, and by which my brain is constantly being illuminated, so that mentally, I’m saying, every now and then, aahhh! And have to look up from the page to think about what I’ve just read. And the kettle is boiling over and the phone is ringing and your husband is carrying you out because the house is on fire – bad luck for me because my husband’s dead – and you don’t notice. And when I do get up from the book, I feel about a hundred years old and the world is different than it was when I sat down.

SB: My ninth novel, and at last I have the technique to be able to concentrate on the ideas and not get held back by trying to put a sentence together. Fortunately, I love sentences; I love what you can do with them; I love trying to do all those things. I’m dropping my old tricks though: setting a scene so carefully that the very air is palpable. I like doing that, but there is no longer time for it. Or delving deep into the characters’ brains and souls. I love doing that too, but apparently the market hates it. (Exception: Knausgaard) So I’m into narrative, at last. The grave is pulling at me, I’m scrabbling to stay out of it until this book is done. And maybe one more... 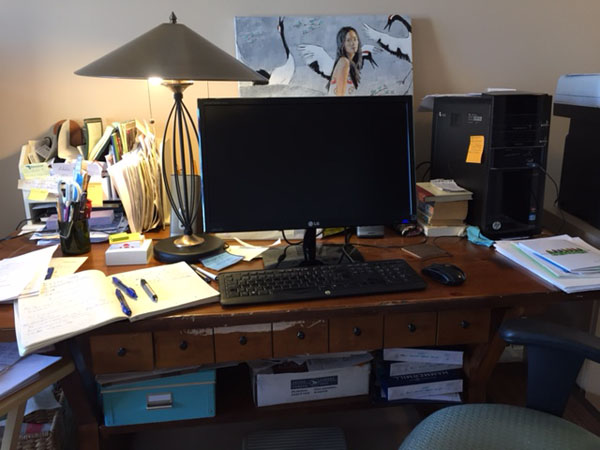 SB: OMG: It’s other peoples’ success. No, it’s that seventeen cups of coffee per day is bad for you. Let’s see: I’m too old for anybody to tell me to get a job, but I’m sure that’s the major hazard for young writers. I’ve got it: It’s the people you meet when you’re out on your daily walk, who say, “I read your book,” and then nothing else, or, “I’ve read worse.” Or, “My gosh! How can it be I’ve never heard of you?” (Answer: Well, clearly it’s because you’re an idiot.)

SB: I put in six hours of work when every word is right there and every one is the best word possible, and the sentences flow and shape themselves around and through my ideas and I barely have to touch the keys. Exhausted, I finish for the day and while I’m out walking along the reservoir a crowd gathers around me, all telling me what a perfectly wonderful genius writer I am and want to carry my sweater and my cell phone and trail breathless along behind me. But my cell keeps ringing and it’s my agent calling to ask will I go to Buenos Aires to receive a major literary prize? What about Beijing? And Prince Charles wants me to come to England to sit down and talk to him and maybe ride the hounds (to the hounds?) And when I get back home my husband is back to life and is a much nicer person than he was in real life and we live happily ever after on our yacht in the Azores. (Where is the Azores?)

Otherwise, I finish my ninth novel and my agent finds a publisher for it. Please God. 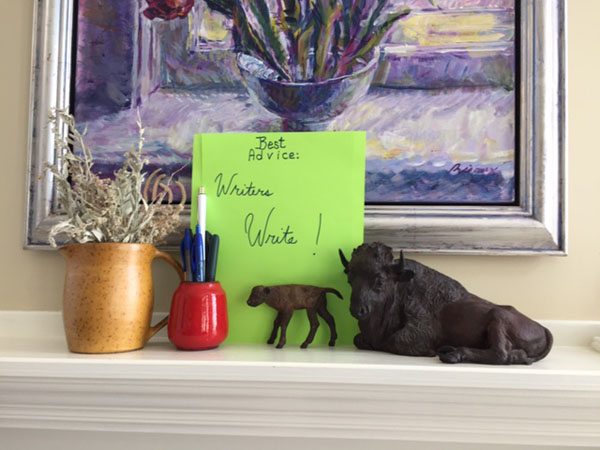 SB: Madame Bovary. Sorry not to be more original. I’ve read it maybe three times and I can never remember the details; I remember only the mute, wild suffering of the woman, how Flaubert captured that. How, a middle-aged bachelor with crazy ambition, possibly half-mad himself, managed to see it and understand it. I have wanted for most of my writing career to write Madame Bovary of the Prairies. I just realized that, so thank you. I have, of course, known a half-dozen Madame Bovarys. Just possibly I may be one myself, but I don’t know anybody who owns a carriage, and I’m not the kind of girl male medical students ever had the slightest interest in. It has been quite difficult and I think I’ve given up. Where’s the poison?

More about Sharon Butala: I must be the little engine who could because people like me don’t get to be writers. Born up in the bush in what had just been a Red Cross Outpost Hospital, taken back to a log house with bears all around and snow up to your eyeballs even in summer (slight exaggeration). No money, no connections, a prairie education (University of Saskatchewan) when I longed for Vassar and Oxford. (I know: it is to laugh, as we used to say when I was a wise-ass kid.) Actually, I finally became a writer when I was in danger of death by sheer boredom, and realized I had to do something or die. I was 38, and published my first book at 44.

I have one son, Sean Hoy, who is an actor and a writer, but to pay the bills used to be a Calgary firefighter. He remains the best thing in my life, plus my two grandchildren, Maeve 16, and Declan 21. I tell people my son is now older than I am. His wife Carol is brilliant and is director of Ryerson University Library. I have four sisters, two remaining.

Two marriages: One ended by divorce back about 1975 and the other by death in 2007. His, not mine. This after 33 years on the rolling grasslands of southwest Saskatchewan. I live in Calgary now, but I left my soul back there on the prairie.

Oh, I have been shortlisted for the Governor General’s Award three times and I think that ought to be worth a prize. The Give-It-Up Prize or the Get-Over-It Prize. I did win a lot of less significant prizes but mostly I can’t remember them, except for the Cheryl and Henry Kloppenburg Award for Literary Excellence, the Marion Engel Prize, and … others. I do have three honorary doctorates though, and am an Officer in the Order of Canada. So I am not a total failure. Am I?

Lately I’ve been writing and talking about ageism, because I am now 77 years and feel it all the time. I dream now of a world where everyone has a better attitude toward aging people, including aging people themselves. This is my last, best idea. I started out in around 1958 marching in a CUCND parade (Canadian Universities for Nuclear Disarmament), went through the Second Wave of Feminism and the Viet Nam war protests with some minor protests in between, and am now protesting ageism. And our ranch is now owned by the Nature Conservancy of Canada and is called the Old Man On His Back Prairie and Heritage Conservation Area. I’m proud of all that.

I would like to move to the perfect place for somebody – me – who continues to get older and who will before too long and if still alive, need a residence where people will notice me before I die, not after, when they break down the door to my condo and find my cold and lifeless body. (Editor please.) Anyway, I think the Brits call that whinging, but then, I never did like the Brits, my father being French Canadian and my mother Irish and Scottish. And am sick to death of Masterpiece Theatre.

Thanks so much to Sharon for taking the time to chat with us, and to MacKenzie at Coteau Books for connecting us! Zara's Dead is available now. For more Writer's Block, click here.