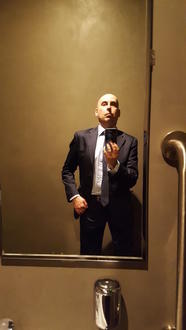 In today's Writers' Block, we talk with author and winner of the 3-Day Novel Writing Contest for  Attack of the Lonely Hearts (Anvil Press), Mark Wagstaff – he tells us about writing jealousy, laments the loss of "olden times," and explains how a snarky protagonist can keep you writing confidently (even on a three-day deadline).

All Lit Up: What do you enjoy reading?

Mark Wagstaff: Two aspects to this. I enjoy stories that are satisfying, in the sense that what happens at the end is a clear and effective development of what happens at the start. I’ve read too many stories that go along well and get you involved, only to take some major curve that makes no sense related to the set-up. Unresolved endings are fine because, as in other parts of life, some things do just hang and never get fixed. But whatever happens has to happen in consequence of action. To take a classic – and perhaps extreme – example, Conrad’s Lord Jim has a pivotal inciting event which everything then flows from with ferocious logic. Makes you think about how we destroy ourselves years before we destroy ourselves. It’s not a comfortable read, but it’s satisfying.

The second aspect is that I enjoy stories that make me jealous. All writers get jealous, no matter what they say. When I read a story and it hits that level when the narrative is flying and the writer is conjuring precise, unique, truthful images that I never thought of before then I’m admiring and I’m jealous, and – most importantly – I understand a bit more about what I need to learn. A writer can never stop learning and, when I get to the final page and think, ‘That’s brilliant. How did she do that?’ it helps broaden my view, which is all to the good.

MW: I’m a slow reader and there’s a pile of books on the floor here two feet high waiting to be read. (I still read in hard copy, it’s the one of the very few things I don’t do online. Apart from the obvious things.) As the pile is always getting topped up I don’t allocate much time to reading things again.

There is one though. Keith Waterhouse’s brilliant 1959 comic tragedy Billy Liar. I first read it in my teens, when the world it describes was still living memory for many. It grabbed my heart then and it still has hold. Despite changes in society, worldview, all that superstructural stuff, that picture of the insularity, the loneliness and panic of young adulthood, seen through the eyes of someone who always believes that one more lie will fix things, doesn’t get tired. That essential truth that the adult world is largely populated by nutjobs, losers and phonies. If you grew up in a small town as I did, you’ll recognise this place exactly.

Incidentally, as someone who very much enjoys swearing and cussing at all times, I’d note that the book has one – only one – A-grade expletive and it drops like a bomb. Great example of timing and restraint. 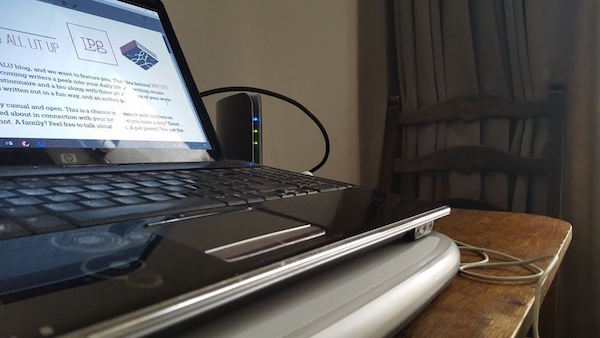 MW: Back in olden times, when everyone drank absinthe and servants did all the work, you could spend your days staring from your study window onto flowerbeds and well-trimmed lawns, perhaps a fountain, and be a writer even if you did nothing much one week to the next. Unless you’re a crook or a lottery winner that’s not really possible now. We’re all busy working two, three jobs and for many writers that means doing whatever to get by.

So perhaps the most surprising thing for me about being a writer is the way that it always matters. I don’t write as often as I’d like and I don’t write as well as I should, but even when I’m doing all the important stuff necessary to pay the rent, I feel this ache in my gut itching at me to write. I walk a lot and I find I’m never just walking. I’m seeing locations, hearing conversations, picking up how younger people are shaping the future language. Seeing gestures, encounters, settings, signs – everywhere and always, I’m feeding that ache.

Pretty much whenever I’m talking with someone, I think, ‘Can I use this?’ Which sounds creepy, but what it means is that writing is not the act of sitting writing. Writing is a practice of life.

MW: Like many people, I find it far more pleasant to start things than to finish them. Which means that, like a hobbyist fixer-upper, I’ve always got lots of stuff half-built. I have a new novel that I’m workshopping round, testing the market, and another novel undergoing heavy renovation just behind it. One of my larger regrets is that I haven’t yet written a really effective London novel, like Arnott’s The Long Firm or Aboulela's Minaret. Which is odd, given I’ve lived in London more than half my life and it’s the city most in my blood. So I’m developing an idea around that.

Plus there’s a new short story collection more or less done, but needs varnishing. I’m also tinkering round with a TV series pilot script. I try screenwriting every now and then because it’s such a fantastic discipline. No inner monologue, no pages of writerly noodling. It’s setting, dialogue, action. That’s it. It’s a great way to clear out the clutter and get to what you want to say. 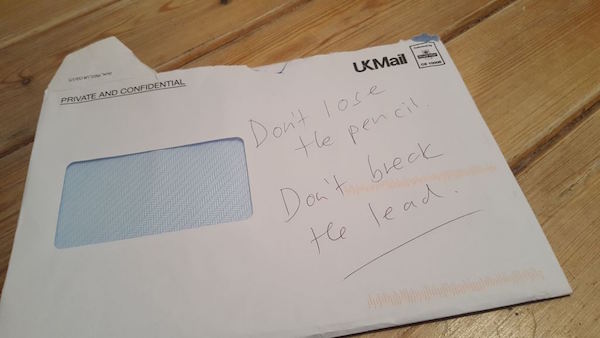 MW: I debated choosing this question, because really being a writer isn’t so tough compared with working down the mine or in a fulfilment centre, or having planes bomb you day in day out. In many parts of the world being a writer can get you locked up, tortured, killed. Or frozen out, with no chance of publication. We have it easy.

Having set that parameter, the toughest part for me is the chasm between what writing offers and what it gives. Because poetry makes points more sharply and concisely than fiction, I’ll defer to R. S. Thomas 'To a Young Poet' especially the final stanza, which always gets me in the gut.

The whole time in my head I’ve got the great stories I want to tell, the sparkling dialogue I should lay down, the lovely, twisty, graceful plots that flow with flawless logic. Then I write and what’s there on the screen isn’t the story I heard, but some retelling of it by a guy in the next room who half-caught it through the wall. The reaching and not quite getting, that’s tough, because ‘the smile / on her proud face is not for you’. My publishers tend to start clenching their fists when I say these things.

ALU: How is writing in a truncated time period (the 3-day novel writing contest) different from your usual approach to writing? How do you fuel up for it and stay motivated? 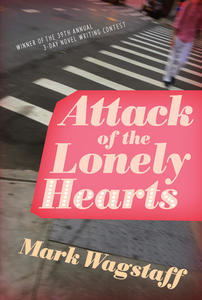 MW: Firstly, I’m deeply grateful to the 3-Day Novel Contest and the great people at Anvil Press for giving me the opportunity to get Attack of the Lonely Hearts out there.

The answer to the first question is enormously different. Writing a short story can take me a couple of months. Writing a novel of 200-300 pages that’s any way cogent usually takes me five to seven years, given that everything gets rewritten three or four times. The reason for which is in the previous question. Of course, you can’t do something that long in the 3-Day contest. My piece is around 110 pages, which is probably starting to nudge the limit of what’s possible.

I had the idea for the piece about six years ago, for a screenplay I never wrote. I found some scrappy notes from then, sketching a possible romcom built around this deeply clumsy woman’s love for a hyper-precise dancer. I hadn’t scheduled writing the piece, so I figured if I was ever to do it I might as well do it in three days.

For me, the only way to finish was to break out of my usual writing practice. Rather than chisel at every word, trying to make things better, I flung down page after page, physically stopping myself from going back to check things over. The narrator’s knowing, slightly snarky voice was a big help with that. I got into the mindset that this voice was just telling me things in one encounter and wouldn’t be there after the weekend. Like this was my only chance to get it all down.

The survival guide on the 3-Day site is massively helpful. Particularly the advice about having the correct mindset of humility and the guidance on pacing and where to finish each day. That’s very important. I’m pleased to say I did finish by 8 p.m. on the third day, as the site advises. Darn, just talking about it makes me want to do it again…

As for fuelling up, same way I always do. Every day I drink gallons of tea. Not green tea, not chamomile or mint. Full-strength tea. It’s what you graduate to after coffee.

Motivation, well, all I can say is that writing is about the only thing I’m motivated to do. I’m always writing or looking forward to writing. If it wasn’t for that, I’d have to clean my apartment or something.

Our thanks to Mark for gamely answering our questionnaire, and to Cara at Anvil for connecting us.  Attack of the Lonely Hearts is available now. 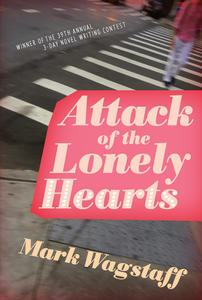 Attack of the Lonely Hearts