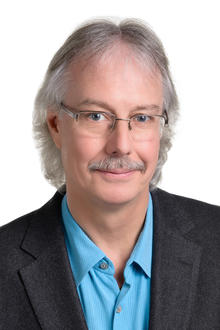 All Lit Up: Is there a stand-out moment or experience you had that helped you realize you wanted to become a writer?

Ian Weir: I’m not sure there was an actual moment in time, but it pretty much coincided with my realization that didn’t have the talent to become an actor. This particular realization dawned fairly early for me—like, partway through grade eleven. At that point, the calculation pretty much became: If I’m no good at acting in plays, then my only hope is to write them instead. I blush to admit that I’m being serious.

IW: Pretty much anything—as long as it’s printed on old-fashioned paper. I’ve tried to adapt to e-readers, but I just can’t do it. And it’s not just nostalgic loyalty to the physical book, or at least not entirely. I just find reading from a screen—any screen—a jittery and unsatisfactory experience. Somehow or other I can’t get past the sense that screens are for skim-reading, and I end up trying to read faster and faster, until my shoulders are up around my ears and I’m hating the whole experience.

IW: Quite a few of them. The Lord of the Rings is one, though I’ve gone back to it less frequently in recent years, partly because I keep re-watching the movies but also because it doesn’t have the same capacity for endless transformation that great novels possess. That’s part of what draws me back again and again to David Copperfield and Bleak House. I certainly wouldn’t hazard the argument that Dickens was the greatest English novelist, but he happens to be my personal favourite. And his novels keep changing as I get older—the Bleak House that I read at 20 just isn’t the same novel that I re-read at 30 and then 40 and then 50 (and counting).

IW: Yes—although I’m not sure I’d ennoble them with a word as significant as “rituals.” It’s more like a collection of obsessive-compulsive tics, such as using one colour of paper-clip for each project. More importantly, I reserve one specific cup for tea-guzzling. I’ve been able to write screenplays while drinking from a wide variety of cups, but the long-term immersive focus of novel-writing requires absolute fidelity. My first novel, Daniel O’Thunder, was written while drinking exclusively from a Christopher Ecclestone Doctor Who mug. I went back to the same mug for Will Starling. And The Death and Life of Strother Purcell owes its composition (all three years’ worth) to a custom-designed mug, given to me by my daughter Amy, with a picture on it of our dearly lamented cat Jag. 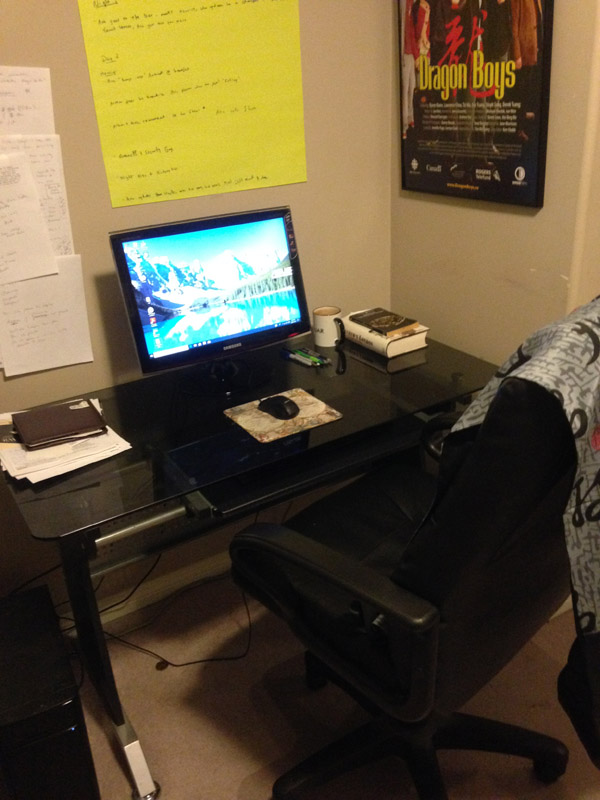 IW: Because I can’t not write.

IW: I don’t believe writer’s block exists. That’s at least in part a legacy from the four years I spent as a newspaper reporter; there’s nothing like daily journalism to disabuse you of the notion that waiting for inspiration is a reasonable solution. Writer’s block is also a non-starter for anyone who works in the TV world, or at least for anyone who works there as a writer. I have, however, managed to get myself completely gummed up by my internal editor’s absurd expectations. I spent months in that Slough of Despond while writing the first draft of Will Starling. Daniel O’Thunder, my first novel, had come quickly, and a lot of that had to do with the fact that I’d never written a novel before. I was a playwright and screenwriter, and if it turned out that my tool-kit didn’t cross over into prose fiction, then what the heck, eh? No harm, no foul—or so I kept telling myself. But with Will Starling, I was so determined to write my best novel that I agonized over every phrase, to the point at which I was refusing to let myself write a first draft at all. What finally broke me out of that? Shameless psychological self-manipulation, actually. I turned off the computer and started writing by hand while sprawled on a chaise. When I was still gummed up, I convinced myself that I wasn’t writing a draft at all—I was just jotting story notes to myself. And if those notes started forming full sentences and then complete paragraphs, then this was to be regarded as a happy accident. 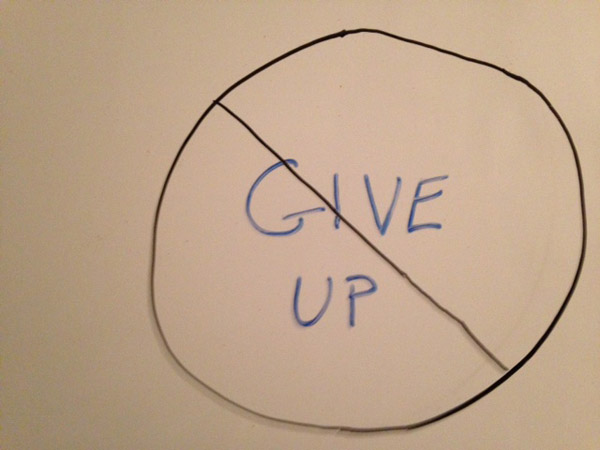 Ian's writing advice: "Don't give up."

Ian Weir was born in North Carolina and grew up in Kamloops, where as an innocent child he began rooting fervently for the Toronto Maple Leafs and the B.C. Lions; no one warned him of the decades of discouragement that lay ahead. After high school, he worked for several years as a newspaper reporter before completing a B.A. in English at UBC, and an M.A. in English Language and Literature Before 1525 at King’s College, University of London. As a playwright, screenwriter and TV showrunner, Ian’s credits include 10 radio plays (for CBC and BBC), 12 stage plays, and more than 150 episodes for some two dozen TV series in Canada and the U.S. The Death and Life of Strother Purcell is his third novel. Awards include two Geminis, four Leos, a Writers Guild of Canada Screenwriting Award and Jessie, along with nominations to several fiction shortlists, not to forget the coveted and prestigious John Peterson Junior Secondary School Grade Nine Typing Prize. Ian lives with his wife and daughter in Langley, BC, where he continues to root fervently for the Leafs and the B.C. Lions. He is nothing if not loyal.

Thanks so much to Ian for answering our questions, and to Nathaniel at Goose Lane Editions for connecting us! For more Writer's Block,  click here.

August 7, 2020
Reflections on Queer Parenthood and the Holidays from the contributors of Swelling with Pride