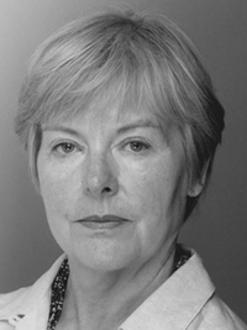 2018 marks the 100th anniversary since the end of the First World War: a devastating conflict whose end was supposed to bring everlasting peace. With another global war to follow, and times today looking no less certain, we interview author Elizabeth Langridge, a survivor of the Blitz of London and whose father fought in WWI. Her hybrid novel/memoirs are of her and her family's experiences in both conflicts:  Arise the Dead I: The Great War and  Arise the Dead II: World War Two (both Guernica Editions).

All Lit Up: Is there meaning behind the title Arise the Dead?

Elizabeth Langridge: Yes. This is on a memorial plaque in the Argonne Forest in eastern France, in an area where there had been fierce fighting in April 1915 between the German and the French armies. A young French captain, Jacques Pericard, became aware that an attack by the Germans was imminent and that most of his compatriots in his section of the trench were either dead or wounded, so in his despair he shouted “Debout les Morts!” – “Arise the Dead!”. I visited this memorial in 2004 and photographed it. At the time I assumed that Jacques Pericard had not survived the battle, but I discovered later during my research that he had lived to 1944.

This is very apt for my memoir, as I have tried to make the dead speak. 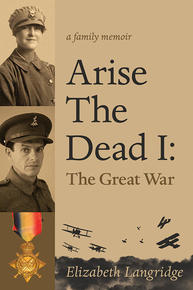 ALU: Combining memoir and fiction is a very unique way to compile a book, why did you choose to write the book this way?

EL: In a memoir there are many blanks and uncertainties, especially in a story from a hundred years ago. While most of it is factual, I compiled fictional parts because I wanted to show that the catastrophe of war, particularly in Britain in WWII a war largely against civilians, affected all people who were in the paths of the bombs, and in many other ways, whether they were rich or poor. No one was immune. I wanted to bring in aspects of the conflict, in WWII, that directly affected my family and others known and unknown to us, to round out the picture. In this war I have many vivid memories from my early childhood.

I also brought fiction into the story so that I could illustrate and highlight certain aspects of real people, such as the personalities, strengths and weaknesses of my parents and others around them, their courage and bravery, their humour in the face of adversity, their common sense.

In WWI, many of the other soldiers who were in the battalion with my father in the story are individuals who were approximations of the real compatriots that he would have had. In my research I strove to find the right tone, the right speech patterns that the young men of 1914 and beyond would have had, and particularly their sense of humour, their priorities, their swearing, their suffering, their grief, their fear and terror, their sense of betrayal, and the sense that they counted for little in the eyes of the authorities.

ALU: Much of the novel focuses on your father's story. Did he talk openly with his children about his experiences during the wars?

EL: No, he did not talk openly, but he did answer direct questions. There was a story/myth that there were angels in the sky at Mons. I asked him about that, although he was not at Mons. He replied: “I did not see any bloody angels.” On another occasion he commented that he and the other young soldiers were cannon fodder, not meant to survive. It was a war of attrition. During the Second World War I heard him comment to another man, "I was in the last bloody lot." Although he abhorred war, he was oddly proud that he had come through. I wish now, of course, that I had asked many more questions, but callow youth, focused on the present, does not go there often enough. I was nineteen when he died. I was aware of the ghost of that war haunting us through the second conflict.

ALU: Was there one part of these books that was hardest for you to write?

EL: While in several parts it was hard to get the appropriate tone, I think that the most poignant was the part where my mother lost the boy she loved, who was shot down over France, and she subsequently had a mental breakdown. Her experience was part of the very common tip of the iceberg of grief that was experienced by so many. She told me, many years later, that a nurse had said to her, "Be a good girl and we'll give you a sweetie," when she was admitted to a hospital, instantly reducing her to girlhood. It was not just the grief over him, as I have indicated in the book, but all the others also – all those "lovely boys." 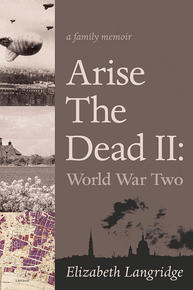 EL: This war, and the second war, affected my parents in so many ways, even though none of it was of their making. For me, I hope that the history of this war will not die away, that young people in schools will remember the evil of war, will be taught facts. I hope that my book will be read into the future, to remind readers that war is evil, that resolutions to conflict can be found other than by mass slaughter. I feel sad that memories may die away. History is re-written. It is up to us to remember the truth and make note of it.

I am glad that this anniversary is being celebrated in some small ways.

ALU: In what ways did you notice the lasting impact of the war on your life? What was the biggest impact it had on you later in life?

The knowledge of both World Wars was with me all my life, both through the very powerful personal experiences of both my parents in both wars and through my own early childhood memories of the Second World War.

Perhaps the most powerful impact was in the sense of realism and cynicism that my own experiences left on my life, brought on by constant fear, in the imminent possibility and probability of sudden death, and in the fear of invasion of one's country, the prospect of living as a subject people in a dictatorship in the Second World War.  This was not an adventure story; it was reality. It brought with it a lack of trust of authority and the suspect nature of decisions made in high places that impacted negatively on the people who did not have a part in decision-making – decisions that had the ability to take your life, or the lives of your sons and daughters. There was the sense that you counted for very little.

If anything positive comes out of war it is the shake-up of the social organization and social class system in a society that was almost like a caste system. I grew up seeing women driving tractors and manipulating farm machinery, driving buses, ambulances, trucks, flying aircraft.

Later in life my cynicism and sense of what is real and true is still with me; it stands me in good stead in many situations. It is not negativism; someone in my youth told me that I was the most positive person he had ever met. I took that to be true. I like that adage by Edmund Burke, "For evil to triumph it is only necessary for good men to do nothing." Every day of my life I am aware of good and evil in mankind, that we must be on the side of the good if we are to create and maintain goodness in our world. There are good people and there are bad people, with gradations in between.  We must be aware of all this, and work for good. It is not easy.

ALU: What do you hope readers learn from your book?

EL: There is no honour and glory in war. It is evil. Mass slaughter of the young does not achieve anything that is positive in any way. Neither does the mass killing of civilians, as in WWII, generated by psychopaths such as Adolf Hitler, inducing retaliatory efforts of the same ilk, do anything positive.

In the book I quote Gregory Clark, Canadian WWI soldier, WWII journalist: "War is so small, so sad, so inexcusable." In this simple sentence he sums it up for us. 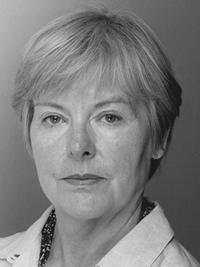 On writing Arise the Dead I + II:

"Time was running out for me, after a lifetime of studying, working, running a home, raising a family. It was now or never. I had a compulsion, an obsession to write it. It was always in my mind. I felt I owed to my parents to get it all down on paper, and thus spent many years on research. Such stories are seldom told, stories of the "ordinary" people, the salt of the earth.

I was diagnosed with cancer in 2001, an added impetus, time pressure. Subsequently, I made three trips to the former battlefield of northeastern France where my father fought, and other parts of the old western front. I felt the spirits, the ghosts of the dead.

I am seventy-nine years old now. Old age and sickness make one fear for the power of the brain and memories dying away, so the urgency compels one to move forward at as great a speed as one can."

Elizabeth Langridge was born in 1938 in the south of England. Her earliest memories are of the Second World War. Their home was bombed in November, 1940. In 1966 she married a Canadian who was in London working. That year they came to Toronto to live. They have three children.

Many thanks to Elizabeth Langridge for gamely answering these interview questions, who we're grateful to Alex at Guernica Editions for putting together. You can read  Arise the Dead I and  Arise the Dead II now. 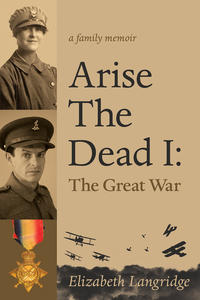 Arise The Dead I 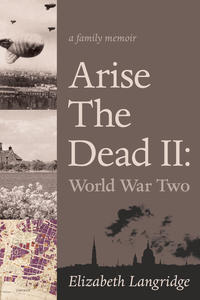 November 1, 2022 by Tan Light
A Cemetery for Bees: An Interview with Alina Dumitrescu