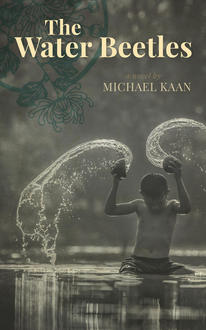 May commemorates a lot of things – Mental Health, short stories, mothers – but we'd be remiss if we didn't discuss another commemoration, Asian Heritage Month. Answering our questionnaire today is debut novelist Michael Kaan, whose novel  The Water Beetles (Goose Lane Editions), about a Hong Kong boy surviving the horrors of war and Japanese occupation, has been called "most deserving of serious attention." Now divert some of your attention to our interview with Michael, below.

May commemorates a lot of things – Mental Health, short stories, mothers – but we'd be remiss if we didn't discuss another commemoration, Asian Heritage Month. Answering our questionnaire today is debut novelist Michael Kaan, whose novel  The Water Beetles (Goose Lane Editions), about a Hong Kong boy surviving the horrors of war and Japanese occupation, has been called "most deserving of serious attention." Now divert some of your attention to our interview with Michael, below.

Michael Kaan: I try to avoid getting caught up in the frenzy about new books, and read a lot of works that are older (meaning over 100 years) or in translation. But basically I read across the board. Right now I am, very slowly, reading Goethe’s Faust in the original German. I used to read a lot of technical papers about health policy but have decided to preserve my remaining humanity. I want to read the next Rachel Cusk novel as well.

MK: Hands-down: Robert Graves’ I, Claudius. I used to read it once a year. Also, everyone should read the Mahabharata, even in digest.

MK: I wrote my first novel in secret to preserve my motivation. When my agent first called me to sign me up, the most exciting thing about that call was not getting an agent, but speaking to someone who’d actually read something I’d written.

MK: A second novel, unrelated to my first.

MK: Five hours trapped in a bad airport with no wi-fi. 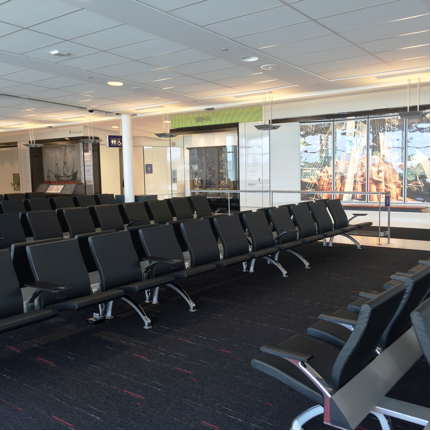 This is a generic picture (from the web) of the domestic departures area of the Montreal airport. I have written thousands and thousands of words here. It is even less comfortable than it looks, and is a stern reminder that creativity comes from within.

MK: I wouldn’t call it writer’s block, but if I am stuck or sluggish, I will write out sentences that rhythmically imitate great sentences from other books. Some of these would be, “The old nun rose at dawn, feeling pain in every joint” (DeLillo), or “A wise tabby, a blinking sphinx, sat on her warm sill” (Joyce). I also go back over things I’ve written but abandoned, to mine them for sentences I like. I don’t agonize about plot.

ALU: What’s the best question anyone ever asked you about your novel, The Water Beetles?

When I told my kids, who were then twelve and nine, that I had written a book and it would be published, all they said was, “What? You typed the whole thing?” After that they asked what was for dinner. 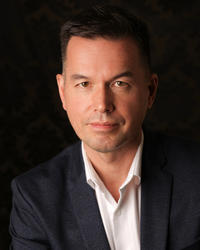 About Michael: Since I was a teenager I’ve loved the idea of writing a book, which apparently put me in company with eighty percent of humanity. I began to write when I no longer had any interest in expressing myself.

I seem to be living the Canadian dream of spending half my waking hours in a car. I have a rule to never honk at old people.

I have no interest in sports, and my idea of hell is of being old and bedridden in a nursing home, getting sponge-bathed every morning by an attendant who always asks me what I thought of last night’s game.

I live in Winnipeg.

Michael's debut novel The Water Beetles (Goose Lane Editions) is available now – many thanks to Kathleen at Goose Lane for connecting Michael to our questionnaire! For more interviews with your favourite writers (even the ones you haven't met yet), click here.