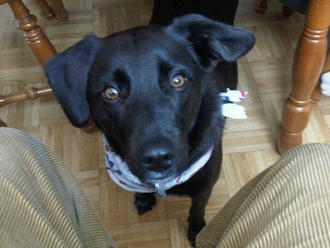 In his latest book Portraits of Canadian Writers (Porcupine's Quill), author and photographer Bruce Meyer talks about shooting famous authors – with a camera, that is. From Dorothy Livesay to Patrick Lane to the recently gone but deeply missed Leonard Cohen, he generously shares his experiences photographing some of CanLit's most storied storytellers, and a bit about his own storytelling, as well. 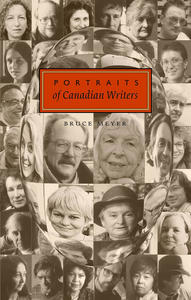 In the book you say, "I realized that portrait is, arguably, the hardest of all the visual arts to learn." Is there a particular portrait from the collection that really represents this thought?

The one that was the hardest for me was Dorothy Livesay. I was shooting in low light. I wanted the portrait to sum up who she was and what she had done as an activist, a poet, and a lover—the three major elements of her work. That was a tall order. She kept wanting to tilt her chin. She kept wanting to choose her background. Eventually, after wandering around Trinity College at the U of Toronto for several hours, she said, "I'm exhausted," and sat down on the bench. The light was just right. She had just sighed from exhaustion, and I asked her to look at me. The look, once her eyes got past exasperation, is the look you see in the portrait of her. She is earnest but focused, strong yet gentle. And the hands were just right, just as she laid them in her lap: the fist and the open palm. The picture, for me, is a portrait of the author and the author's work.

What's the one story you heard that you most identified with yourself as a writer?

I'd have to say Elizabeth Smart's story about her love of Proust. She noted that Proust (it may also have been Faulkner and probably was Faulkner) said "Those who suffer long enough and write about it have the greatest depth of understanding needed to write well." I'm paraphrasing her here. She said it after we turned off the tape recorder. I've identified with that as a writer. Why? I've done over 50 books. Portraits is my 49th book. I can't think of another country where someone could live surrounded and immersed in such silence and indifference, have experienced a tremendous breadth of connections with the nation's literature, and still feel very much on the periphery. If it is any consolation, Patrick Lane and Leonard Cohen expressed the same sentiments when O'Riordan and I spoke to them. It is a malady of Canadian culture. We don't value art. We don't see art or culture as serving the money machine—and we are caught up in that machine to our own detriment. I just returned from Mexico. School children there can't get enough art and culture. It is the building block for their lives. I find it frustrating that in Canada, poetry, art, and culture are openly denigrated as if the denigration is some sort of ennobling social device. In many ways, we are a very low-brow nation. There, I've said it, and people will be upset, but that's the truth. We are stupid to the point of not caring, and what we do pay attention to is the blather of promotion and awards and commercial machinery that, in the end, really has nothing to do with culture. If I have learned anything from looking into the eyes of our nation's authors for over thirty years it is that they are incredibly dedicated, stoic, and determined to make a culture for a nation that, as of yet, only has a partial idea of how important those creative individuals are to our collective sanity and psychological well-being. In the book I said that I have been fortunate to have been part of a golden era of Canadian culture, and I stand by that idea. 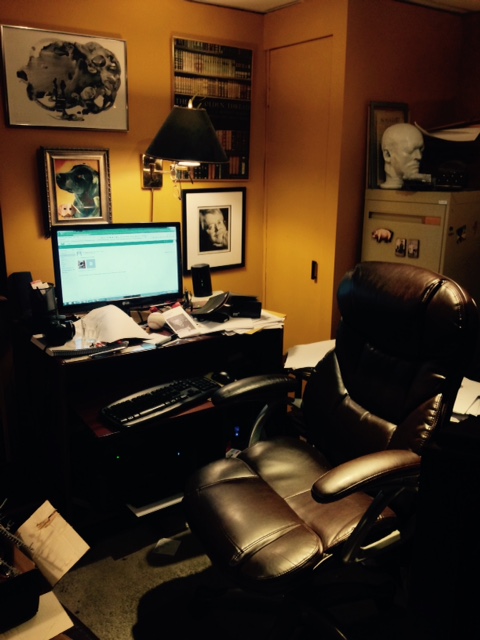 What's your favourite anecdote from the collection?

My favourite anecdote from the collection is Leonard Cohen turning to my friend, Brian O'Riordan, when O'Riordan looked at his wrist watch and motioned to me that we ought to be going and Cohen stopped, partway through the first verse of a song he was working on and testing out on us and said "You don't really care for music, do ya?" Yes, I was there when the baffled king composed "Hallelujah."

What was your most rewarding moment as a writer?

The final period on a work. The gap between one work and a new one when the new one is starting to form in my mind. Thinking of a new project is better than having sex. It is the place where the life of the next book is being made. Writers have to keep writing. I once knew a very elderly Canadian novelist. I asked him what he was working on. He screamed "Can't you leave an old man alone? Do I always have to be writing something?" I knew then he was going to die and he did. I never want to reach that point. I want to keep writing even if no one wants to publish what I write or read a word of it. Why? Because the next word is the reward. The final period on a new work is a reward. Every idea and thought is a reward. The ideas, at least, never spurn me. They never shoot me down. And the more passion and effort I bring to making them live, the more I feel that they have thanked me, and the better I feel about doing it. 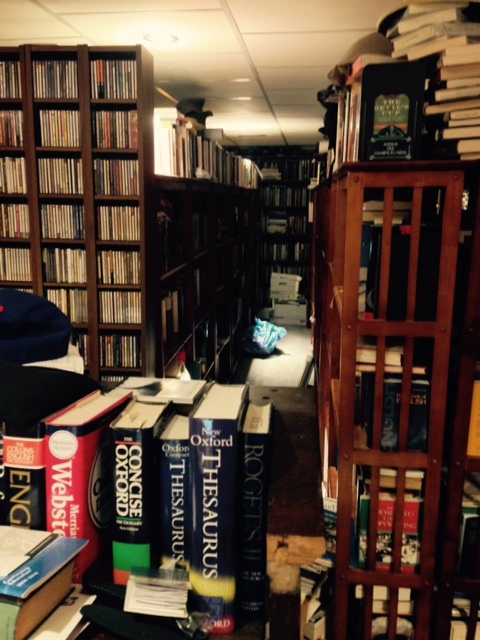 Bruce Meyer lives in Barrie, Ontario, a place of silence and indifference (the good kind) that is too cold in the winter and too mosquito-driven in the summer.  He is professor of Creative Writing and Communications at Georgian College and he teaches Comparative Literature at Victoria College in the University of Toronto. He enjoys Russian symphonic music—especially Kalinnikov and Balakirev—as well as Thai and Mexican food—not the spiced up stuff they dish out in phony restaurants, but the real cuisine. He lives with his wife Kerry, daughter Katie, and a wonderful dog, Daisy, who talks. (She really does. She says about 25 different things, has had a book dedicated to her and has been the subject of documentaries on TV Ontario and Rogers Barrie).

Thanks to Bruce for answering our questionnaire (and showing us pictures of the talented Daisy!), and to Stephanie at Porcupine's Quill for connecting us. For more writer profiles in their own words, click here. 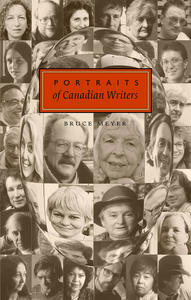 April 23, 2014
Under the Cover: Janet Merlo Shares Her Motivations for Writing 'No One To Tell'