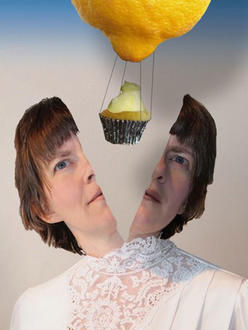 Prolific poet Pearl Pirie released her latest collection, the pet radish, shrunken, with Toronto publisher BookThug this spring. Selected by 49th Shelf as one of their most anticipated spring poetry titles, Quill & Quire called it ". . . a stimulating exercise in cognition, where reading becomes a process of unravelling language.” Keep reading to find out what Pearl's perfect day of writing looks like.

Prolific poet Pearl Pirie released her latest collection, the pet radish, shrunken, with Toronto publisher BookThug this spring. Selected by 49th Shelf as one of their most anticipated spring poetry titles, Quill & Quire called it ". . . a stimulating exercise in cognition, where reading becomes a process of unravelling language.” Keep reading to find out what Pearl's perfect day of writing looks like.

First the sacrificial knives are set out and the board, bamboo board, since that’s ecologically sound. I’m not sure how much I’m authorized to share about that or the gong rhythm for the bean dancers, or diagrams of the 7-point lighting set up so perhaps I should leave it at that.

Everyone is a writer therefore no one is. Case 1: My cousin, introduced me to another cousin's university English undergrad girlfriend by saying, "you are both writers. You should talk. C won an award for short stories and Pearl once wrote a nice poem about our old cat, didn't you.” I totally understand how quickly C ducked and made herself scarce.

Case 2: Going to a financial advisor she asked what I do. I said “writer” and watched her as she wrote down “housewife”. I was so gobsmacked that I was a haystack of speechless stutter on their tube chair. That ended that financial relationship. The next financial advisor was appropriately shocked. Or a good actor on his cues. I’ll take either.

If you wrote a memoir, what would it be called?

Which is also the title of a chapbook/book underway for a few years. I have a surreal section with a bent towards cataclysm. (No, spellcheck, not “catechism”. Let’s amend the adage, “never work with children, pets, or computers”.) I’m generally working on a couple dozen nodes in parallel. A certain strand of my poems are language-based, some strands, tanka and haiku, others form and formless poems. I make asemic texts and pwoermds. I am working on a novel in sonnet verse. There’s no need to make one thrust when all of life is unrelated parallel or crooked consecutive lives.

But why spontaneous combustion? A lot of my life has seemed defensive, resisting and persisting rather than having the luxury of embracing flourishing directions. As R. Buckminster Fuller said, ”You never change things by fighting the existing reality. To change something, build a new model that makes the existing model obsolete." The phase I’m in is about cultivating the gut-yes, instead of the nausea of no. It means having to be firm and valuing the bliss. Even with my spatial dysguomae*, I think I can get my bearings on what is good and nutritive. Even with my epigenetic bias towards stress and raising myself in imminent armageddon, I think I can retrain the plastic of the brain towards sensitivity to other defaults. But part of me still continually expects the world to implode at any minute.  (*guomae, an instrument for taking bearings to fix lines of orientation; in other words I can get lost in a wet paper sack.) 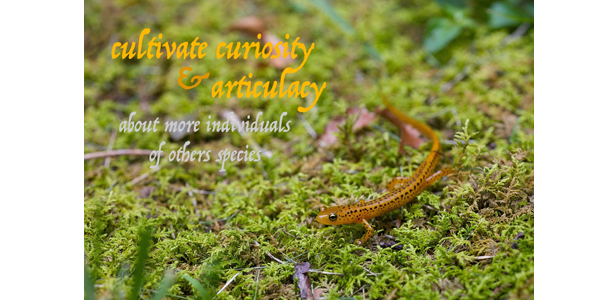 Have you ever experienced writer’s block? What did you do about it?

I suppose stage fright and going blind to language is a sort of writers block. To do a reading of one’s poems is like twitter’s non-sequitur, but with the character limit taken off. Whether reading or writing, you continue anyway. It doesn’t matter how you feel. You do, do, do. And let yourself rest unharasssed of course because one can’t be a complete tyrant to oneself.

A decade or so ago at Ottawa Writers Fest someone on a panel said that to be a writer is to be someone who was stifled from expression and silenced. Now, maybe everyone is, but some regain control by inner life narratives, others by other physical forms or visual forms of expression but that constraint from expressing forms the kneejerk response to talk, in broadcast form, in or out of season.

I’m generally hyper-verbal to the page. When I can’t write freely because of fear, anger, exhaustion or other parts of life needing primary attention, then I write obliquely and/or briefly or asemically. I recall being sexually assaulted at work and coming home, asked, “how was your day?” saying only, “I’ve had better” and then, “I’ll need to write for a while. Supper’s in the fridge. Go to bed without me”. Then writing for 6 or 8 hours on abstract geometries, nature poem, language poems. Energy is conveyed and shifted to get to where one needs to go even if the surface is unrelated.

I respond well to constraints, dialogue among poems, time limits and forms. I made a chapbook of some prompts this spring, Writing Sparks (phafours press) to share some of them. I make daily exercises to empty out the noise. I’ve thought that I could make 2 streams of poetry books based on the time of day. a.m. excitement and p.m. calm. When I write for more than 3 hours, the poems get smoother and deeper. If I can write for over 7 entirely different lyrical poems come. But the next day or after any amount of interruption I’m reset to higher noise to signal, more disjunctive play.

Physical action, mental exercise, solitude and social in balance, paying attention to beauty, buckling down and doing it. Perfect flow has happened like this: wake early and slowly in the quiet, talk for a bit, have a bit of fruit, set the slow cooker to go. I read and edit for a couple hours, go out for a paddle or cycle together, come in and eat what the electric maid finished making. Read for a couple hours, write toward poems, write letters, go out in the canoe. Stow it on some shore, hike for a while, take some photographs of birds and mushrooms. Come back, read for a bit from any of the dozen or so books currently underway, write for a bit, edit some more. Set out some dishes, mix up some leftovers to go with the bread that hubby made. Watch the stars come out, start a fire. Sit and talk until bed. (How funny, not a bit of internet in there. Isn’t that educational.) 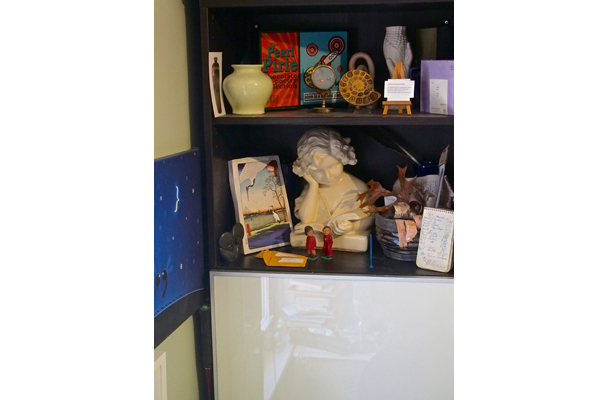 What’s one book you always recommend?

When asked to choose one thing, I always choose at least 3 options.

Most recently: Eight Million Gods by Wen Spencer (Baen), The Best Canadian Poetry of 2014, edited by Sonnet L’Abbé (Tightrope), and Ocean by Sue Goyette (Gaspereau), Polyamourous Love Song by Jacob Wren (BookThug), the uncertainty principle by rob mclennan (Chaudiere), Garden by Monty Reid (Chaudiere), Complete Surprising Fragments of Improbable Books by Stephen Brockwell (Mansfield) and this isn’t out quite yet, but sounds intriguing: The Other 23 & a Half Hours: Or Everything You Wanted to Know that Your MFA Didn’t Teach You by Catherine Owen (Wolsak & Wynn).

Further backlist: Pavilion of Women by Pearl S Buck, Flatland by Edwin Abbott, Uncle Tom’s Cabin by Harriet Elisabeth Beecher Stowe, A Life of Creation: An Autobiography by Charlotte Perriand (Monacelli Press, 2003), Etcetera and Otherwise by Sean Stanley (Tightrope), Making Handmade Books: 100+ Bindings, Structures and Forms by Alisa Golden (Lark Crafts), With Issa: 1964-1971 by Nelson Ball (ECW), Weeds of Canada and the Northern United States by France Royer and Richard Dickinson (Lone Pine Publishing), In the Orchard, the Swallows by Peter Hobbs (Anansi), Sandra Beck by John Lavery (Anansi), The Wild Braid: A Poet Reflects on a Century in the Garden by Stanley Kunitz (WW Norton), The Sound of a Wild Snail Eating by Elizabeth Tova Bailey (Algonquin Books of Chapel Hill), The ROM Field Guide to Amphibians and Reptiles of Ontario by Ross D MacCulloch (M&S), and The Bluebird Effect: Uncommon Bonds with Common Birds by Julie Zickefoose (HMH) . 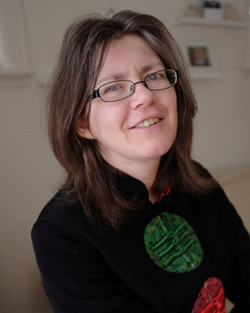 Pearl Pirie lives in Ottawa among its thousands of writers. For the last couple decades she has blogged and photographed the rich and interconnected literary scenes, when not photographing moss or her hubby, or her cat, or food. She has a 9-year-old food blog, Eaten Up, and a monthly food column at Centretown Buzz called "Planet of the Scapes". Sound poetry does for her what music probably does for you. Her most recent books include the pet radish, shrunken (BookThug, 2015), thirsts (Invisible/Snare, 2011), and been shed bore (Chaudiere, 2010). Recent chapbooks include Writing Sparks (phafours, 2015), today's woods (above/ground, 2014), polyphonic choral of civet tongues and manna (unarmed, 2014), vertigoheel for the dilly (above/ground, 2014), and Quebec Passages (Noun Trivet Press, 2014). She tweets at @pesbo and publishes mini chapbooks with her small press, phafours.

If you want to read even more about Pearl, check out the Proust Questionnaire she filled out for Open Book Toronto. 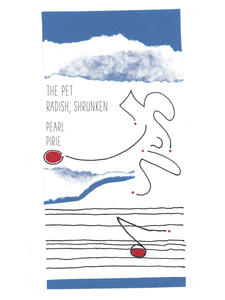 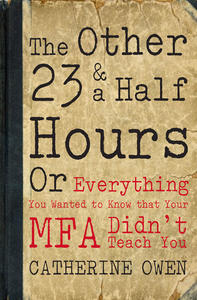 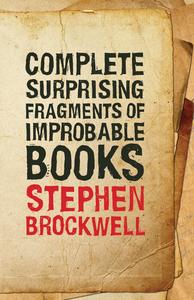 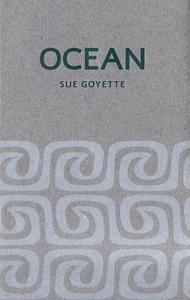