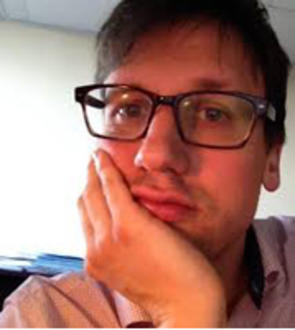 It's not easy being a poet in today's world, or a book critic, and yet Jason Guriel manages to be both. The Porcupine's Quill published The Pig Headed Soul (Fall 2013), a collection of Jason's sometimes controversial reviews and essays on poetry and culture, and Vehicule Press will be publishing his latest collection of poetry, Satisfying Clicking Sound, this spring. Jason was kind enough to sit down and answer some of our questions via email because we're nosy and he's a nice guy

It's not easy being a poet in today's world, or a book critic, and yet Jason Guriel manages to be both. The Porcupine's Quill published The Pig Headed Soul (Fall 2013), a collection of Jason's sometimes controversial reviews and essays on poetry and culture, and Vehicule Press will be publishing his latest collection of poetry, Satisfying Clicking Sound, this spring.

Jason was kind enough to sit down and answer some of our questions via email because we're nosy and he's a nice guy.

I never wanted to “become a writer.” I mean, I was never much attracted to the idea of the writer as role, social type, stance struck at a microphone. Growing up, I felt the pull of books. But I quickly realized I wasn’t reading for personality. If anything, a colourful life like Plath’s or Ginsberg’s was usually enough to turn me off what should be a black and white matter: the words on the page.

Original but precise metaphors are what moved me—to want to come up with some of my own. I remember reading Hugh Kenner describe the word “Aristotelian” as a “porcupine of tongued consonants,” and filling up with envy; I wanted my writing to stick like a needle, too.

What advice would you give to other writers? (Be creative!) 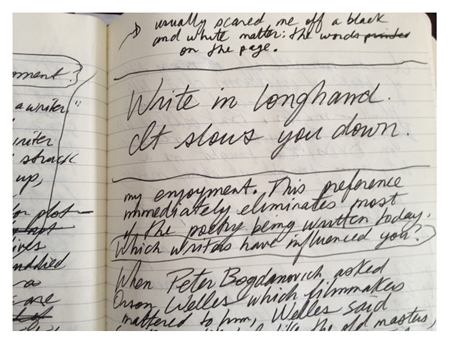 I enjoy reading work that makes an effort to care about my enjoyment, but that’s also good enough to conceal the effort. This preference immediately eliminates most of the poetry being written today. So I read other stuff. Lots of Clive James at the moment.

When Peter Bogdanovich asked Orson Welles which directors mattered to him, Welles replied, “I like the old masters, by which I mean, ‘John Ford, John Ford, and John Ford.’” So maybe in my case: Robert Frost, Robert Frost, and Robert Frost. Bruce Taylor and Kay Ryan would also seem to be influences. Marianne Moore. Thom Gunn. Their poems, that is, not the example of their lives, about which I couldn’t care less.

Still, never trust a writer on his influences. He’s just as likely to have been influenced by some stray memory as the proper big name he’d like to be associated with. I still recall the teacher who encouraged my class, on the very first day of Grade Ten, to feel free to find the door if we felt Advanced English wasn’t for us. There were plenty of respectable trades, he said, in a difficult-to-decipher deadpan. He had baggy eyes and, it turned out, a wardrobe of rumpled blazers. It was tempting to take him for world-weary. But he could take apart poems and passages of prose deftly. His teacher’s copy of A Separate Peace was cummerbunded: held together by elastic band. He once did an enthusiastic close reading of some star student’s poem—the student had by then gone on to university. The poem seemed to light my teacher from below.

Those who lament they’ve lost a taste for literature will sometimes point to some original sinning educator who, having tugged too much at the seams of Shakespeare or something, ruined books for them. But I liked that my teacher was no shill for literature. I liked that he was hard to please, and that his teacher’s copy had fallen apart. Oh, and he hadn’t meant to be sarcastic about the trades. We later discovered he was a carpenter in his spare time.

What’s the toughest part about being a writer?

But if you mean to actually reach readers, then the tough part is coming up with sentences that will seize some disinterested other’s attention, and hold it fast. No amount of networking will keep a person reading you in private, even if they have ‘favourited’ your latest Tweet about your latest poem.

What question do you wish someone would ask you about your book? Let us know, then answer it here.

Question: A critic recently suggested that your review of Alice Oswald’s Memorial constitutes “a bald way of saying, No girls allowed.” But the title essay of your new book The Pigheaded Soul: Essays and Reviews on Poetry and Culture, which first appeared in Poetry magazine and has been available online for years, suggests that the single best poet of our age is Kay Ryan, a woman. What the fuck?

When I write, it’s usually in a notebook, on the go. So here’s my bag. It’s as much a workspace as whichever desk I wind up at. 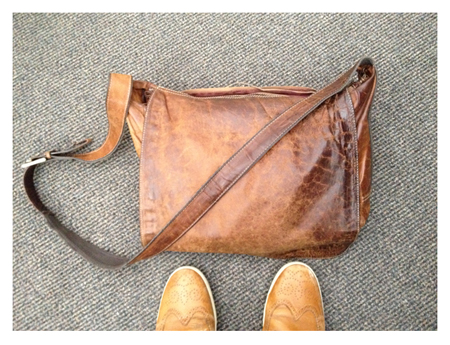 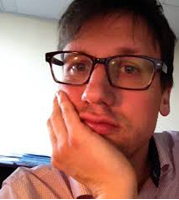 Jason Guriel is the author of The Pigheaded Soul: Essays and Reviews on Poetry and Culture (Porcupine’s Quill, 2013). His next book of poems, Satisfying Clicking Sound, is forthcoming in 2014, from Vehicule Press (be sure to check out Jason's Pure Product from Vehicule, as well!). His work has appeared in Poetry, Slate, The Walrus, and other magazines. He lives in Toronto, where he works for a hospital. He’s currently crashing at his sister’s. Pets: none. Favourite food: it varies. Favourite band: Dexys. Favourite travel destination: “home, / wherever that may be,” as Elizabeth Bishop put it.

Check out more about Pig Headed Soul in this Open Book Toronto interview with Jason and this article on the Afterword blog.

Thank you to Stephanie at The Porcupine's Quill for putting this together for us!