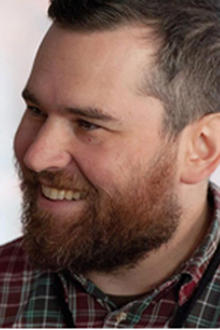 Performer and writer Jacob Wren recently released his latest novel, Polyamorous Love Song, from BookThug. With his multidisciplinary background, Wren has created a novel of intertwined narratives concerning the relationship between artists and the world that will appeal to readers with an interest in the visual arts, theatre, and performance. Given his unique background we were excited to pick Jacob's brain on all things writing for our Writer's Block column.

Performer and writer Jacob Wren recently released his latest novel, Polyamorous Love Song, from BookThug. With his multidisciplinary background, Wren has created a novel of intertwined narratives concerning the relationship between artists and the world that will appeal to readers with an interest in the visual arts, theatre, and performance. Given his unique background we were excited to pick Jacob's brain on all things writing for our Writer's Block column. Without further adieu, we turn things over to Jacob.

Do you have a book that you’ve gone back and read several times?
Reading is one pleasure and re-reading is an almost completely different, I might even say more significant, pleasure. I am always surprised when re-reading a book, even after many times, how many things feel like I’m reading them for the first time, how little I remember from previous readings or how much I remember incorrectly. Sometimes I even wonder to myself: why read at all if I actually retain so little of what I’ve read. But, like most things in life, the pleasure of reading is in the moment, as it happens. What comes later, what you retain, are only snapshots destined for some scrapbook or hard drive. However, unlike life, which can in some sense only be lived once, you can actually go back and re-read the exact same book (which will no longer be the same since in the meantime both you and the world have slightly changed.)

So, yes, there are many books I have read many times. Just to name a few (read, I believe, five times each): Artificial Respiration by Ricardo Piglia, The Adventures and Misadventures of Maqroll by Alvaro Mutis, Aliens & Anorexia by Chris Kraus, and Hopeful Monsters by Nicholas Mosley. Very soon I hope to re-read The Transformation by Juliana Spahr. I only recently read it for the first time and the moment I reached the final page I knew I wanted to soon read it again.

What’s one book you always recommend?
I continuously recommend Aliens & Anorexia by Chris Kraus. For me it embodies a sort of ideal: a perfectly imperfect literary hybrid of personal life, research, fiction and ideas.

What is your best advice to other writers? (Be creative!) 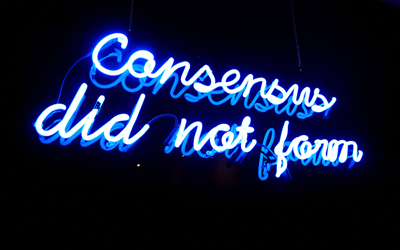 This neon sign is from the exhibition "Promiscuous Infrastructures"  (Phase 2) by the group Artivistic, which took place at the galley SKOL  from March 9 – April 14, 2012. I believe the sentiment encapsulates both  my experience of writing and, in that sense, also my best advice to  others.

What are you working on now?
I am working on a new novel tentatively entitled Rich and Poor. (I also have an alternative, much longer, title: Life is very short and should not be spent crawling at the feet of miserable scoundrels. I still have no idea which title I prefer.) It is about a dishwasher who decides to kill a billionaire as a political act.

Why do you write?
I write because I’ve always enjoyed reading more than I enjoy life, and always enjoy life more because of certain things I’ve read. I write because I can still read books that were written hundreds of years ago (my favourite: The Manuscript Found in Saragossa by Jan Potocki, written between 1805 and 1815) and hope that some day, by some miracle, people will have the same opportunity with mine. However, so many books are currently being produced that it is extremely unlikely very many of them will survive, and even more unlikely that my books will be among these few. I write because it is a way of turning my despair into something other than despair. I write in the uncanny suspicion that there are others out there in the world who love reading unknown books as much as I do. I write because I don’t know what else to do with myself. I write when I’m not dancing. I write because no one has ever suggested I have a talent or aptitude for anything else. I write because literature must find new ways to be political and new ways to be literature. I write because, at some point, when I was much younger, someone must have given me implicit permission to do so. I continue to write because, some time around 2002, I got an email from someone I didn’t know saying she had found my book Unrehearsed Beauty in a used bookstore in Brazil, and I had absolutely no idea, or way of knowing, how it got there. I write because books travel in strange, unexpected ways. I write because I still have the pure fantasy that some day I will compose a sentence that is completely and utterly joyous.

Have you ever experienced writer’s block? What did you do about it?
I would say something we may or may not want to call ‘writer’s block’ is such a normal part of my writing practice that I don’t even think of it as a block, just as a natural part of being a writer. I have months where I write every day, and then months on end where I barely write a word. I suppose the main thing I do is try not to force it, not to worry too much. Just get on with the rest of my life until the next sentence, or what might come next in the book, gradually arrives. However, I have never written a book on a deadline, and each of my books takes about four years to make. Without a deadline, I can simply let my mind wander for months on end until the next sentence magically appears. I am waiting to be surprised.

If you wrote a memoir, what would it be called?
Sometimes I think I might write a memoir, then realize there are so many things I don’t want people to know about me, and what would be left? Can a memoir be the length of a pamphlet? Or of an especially short pamphlet? One title I was considering is: Past, Present, Future, Etc. (A short section of something slightly memoir-like, with this title, was published in The Coming Envelope 8.)

But more than a title for my pamphlet-sized memoir, because of what some might deride as my morbid cast of mind, I often think of what I might like as my epitaph. Some rather good ones have come to my attention. A singer I listened to excessively when I was in my early twenties, Momus, once said he wanted to refer to his first book on his tombstone: “Lusts of a Moron, still available in hardcover and paperback.” For his own epitaph, Woody Allen once suggested: “I told you I was sick.” And then there’s Marcel Duchamp’s great conceptual: “D’ailleurs c’est toujours les autres qui meurent.” (By the way, it’s always the others who die.)

I don’t know exactly why I think of a memoir as a kind of epitaph. I suppose, after you’ve written a memoir, if you want to keep doing things, you would then have to write a second memoir to fill in the rest, then a third, etc. It would be easier to simply stop. Since people often tell me they frequently see me around, for my own epitaph I’ve always considered the following: “He was around.”

What’s the toughest part about being a writer?
Convincing strangers to read your books. 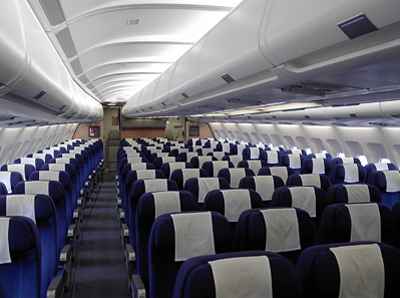 I don’t really have a regular workspace or surface. However, I travel a  great deal and therefore often write on airplanes. This is a photo  inside an airplane I found on the internet. 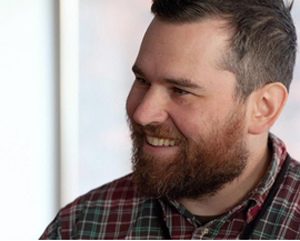 Jacob Wren makes literature, performances and exhibitions. His books include: Unrehearsed Beauty, Families Are Formed Through Copulation, Revenge Fantasies of the Politically Dispossessed, and Polyamorous Love Song, a finalist for the 2013 Fence Modern Prize in Prose. As co-artistic director of Montreal-based interdisciplinary group PME-ART he has co-created the performances: En français comme en anglais, it's easy to criticize, the HOSPITALITÉ / HOSPITALITY series including Individualism Was A Mistake and The DJ Who Gave Too Much Information and Every Song I’ve Ever Written. He travels internationally with alarming frequency and frequently writes about contemporary art.

Thank you to Jacob and the BookThugs for playing along with us!