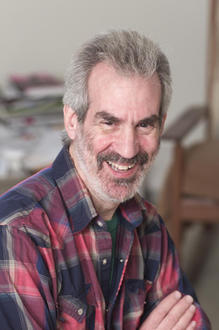 In today's edition of Writer's Block, we check in with award-winning fiction writer and poet, Dave Margoshes. Margoshes' latest novel, Wiseman's Wager, was recently relased by Coteau Books. The novel follows the lives of Zan and Abe Wiseman, two Jewish brother from Winnipeg, as they reminisce about their outrageous antics, and ruminate on aging, family ties, and the nature of truth.

In today's edition of Writer's Block, we check in with award-winning fiction writer and poet, Dave Margoshes. Margoshes' latest novel, Wiseman's Wager, was recently released by Coteau Books. The novel follows the lives of Zan and Abe Wiseman, two Jewish brother from Winnipeg, as they reminisce about their outrageous antics, and ruminate on aging, family ties, and the nature of truth.

We checked in with Dave Margoshes at his farmhouse near Saskatoon, Saskatchewan.

We had an assignment in grade 4 or 5 to write a descriptive paragraph. I wrote about a horse, probably much like the one I’d read about in Walter Farley’s Black Stallion novels. Mine was singled out for praise by the teacher -first time that had happened to me, a lacklustre student at best. Instantly, I became a writer!

Starting at around 14 or 15, I fell under the sway of both Faulkner, with his long loping sentences, and Hemingway, with his short, precise ones. My own style somehow managed to emerge from the clash of these two extremes.

Although I write novels too, short stories are my true love. And they’re what I most like to read: Faulkner, Hemingway, Updike, Cheever, O’Hara, Gallant, Munro, Carver, duMaupassant, Chekhov, O’Henry, Metcalf, Flood … oh, hell, the list is endless.

Where the story goes. It rarely goes where I think it might, and how things work out, the twists and turns along the way, the characters – all of this is usually a surprise. It’s what makes the first draft so exhilarating.

I’m in the midst of a new novel. Almost done with the first draft, which is the most fun in writing – every day is a new surprise. Soon the revisions will start – drafts 2, 3, 4, etc. That’s where the hard work comes in. Making sense of it all, making it work, making it right.

Have you ever experienced writer’s block? What did you do about it?

I don’t think so – not the classic block, anyway, where you stare at the blank page gnashing your teeth – but I’ve certainly had fallow periods. They don’t worry me, though, because the muse always comes home. But my new novel, Wiseman’s Wager, is about a novelist with the mother of all writer’s blocks. It’s based loosely on the life of Henry Roth, who fell silent after the publication in 1934 of his classic Call It Sleep, not publishing another novel for over 50 years. I’ve always been intrigued by the writer’s block, see it as a dandy metaphor for an inability to act.

What advice would you give to other writers? (Be creative!) 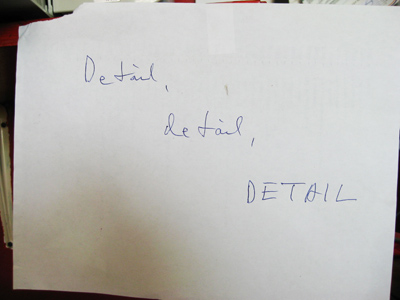 What question do you wish someone would ask you about your book?

Question: Where can I buy it? Or, better yet, can I buy a few copies from you? Christmas is coming up, better make that a dozen. Answer: You bet.

What’s the toughest part about being a writer?

Living so intimately with failure. Rejection slips, first from magazines, then book publishers. Bad reviews. Poor sales. Not winning awards. Being remaindered. Low income. The Steven Kings and Margaret Atwoods of the world aside, most writers, even “successful” ones, encounter a considerable amount of failures along the way. It takes its toll. I wrote an essay about this once, exploring the question of why, in the face of all this failure, writers keep on. My conclusion was that we’re addicts. 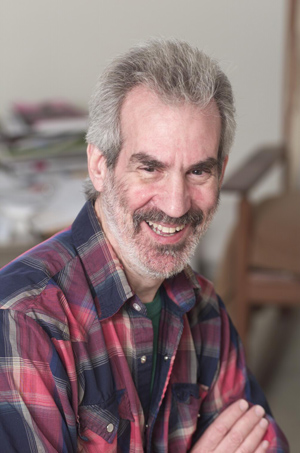 My partner dee Hobsbawn-Smith and I love in a ramshackle old farmhouse on the remnants of what had been her family farm. We had some flooding here three years ago so we now live on a virtual island. We’re both full-time writers but we do spend a lot of time watching the ducks, coots, geese, avocets and other water and shorebirds on our lake, or taking walks around it with our dogs Amigo and Barney, both Great Pyrenees crosses, or, in the winter, skating or skiing on it. It’s a good pace for writers – quiet, with few distractions – although we have a bunch of barn cats and, in the summer, we do spend a lot of time watching an undermined number of kittens at play in the yard.

Saskatoon is a half an hour’s drive away and we get there once or twice a week to do errands, see friends and occasionally have a meal. But dee is a retired chef and the absolute best cook I know, so we don’t eat out a lot. Few restaurants are as good as she is even on an off day. Her specialties are Indian, Greek and Italian. I’m the salad-maker.

Dee works in silence, upstairs; my office is in the sunroom and I usually have music playing — jazz, blues, rock, folk. I’m able to tune out the lyrics but I swear the rhythm actually propels my writing along. (The one exception is when I’m writing poetry – then I really need to hear myself think.)

I grew up in the United States, some of my childhood spent in New York City, some in rural New Jersey. My father, an uncle and my grandfather were journalists but I had no intention of following in their footsteps until, after university, I found himself working for a newspaper. What I did want to do, from an early age, was write fiction.

As a reporter, I lived a somewhat itinerant life for several years, working on nine daily newspapers (and some lesser publications) in the United States and in Canada, covering everything from politics to murder to cat shows – and once ghost-writing a column for actress Jayne Mansfield.  Eventually, I chucked it for full-time writing of my own. This shift in focus was coincidental to my move to Saskatchewan, where the fates seemed to be pulling me. Since then, I’ve been a “literary hustler,” publishing over a dozen books, and doing whatever it takes to pay the bills: some teaching, some editing, some freelance writing.

My books include eleven volumes of fiction, five of poetry and a biography. Along the way, I’ve won a few awards, including the Stephen Leacock Prize for Poetry in 1996. I was a finalist for the Journey Prize in 2009. My Bix’s Trumpet and Other Stories (NeWest) was 2007 Saskatchewan Book of the Year and Dimensions of an Orchard (Black Moss) won the Anne Szumigalski Poetry Prize at the 2010 Saskatchewan Book Awards. Other story collections include A Book of Great Worth (Coteau), named one of Amazon.Ca’s Top Hundred Books of 2012, and the recently published God Telling a Joke and Other Stories (Oolichan). My new novel, Wiseman’s Wager, just came out from Coteau.