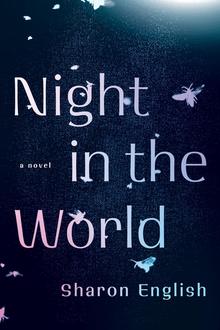 See more details below
Tagged: Sharon English, where in canada, Night in the World, Freehand Books

The other day a stranger visited our rural home and walked some hours on the land. He returned with stories. The area under the old white ash, he said, has been claimed by Bear. We’ve rarely seen a bear here, but by the tree’s thick trunk lay fresh-enough scat bumpy with choke-cherry seeds. The stranger also drew our attention to the St. John’s Wort and yarrow flanking animal trails near the house, plants that grow nowhere else on the property. They’re arriving in response to your presence, he said. Consider who in the household might require their medicines.

His stories surprised me; his way of seeing was so different from mine. But I do understand how stories emerge from the ground, how altering the way you pay attention to life changes everything, and how urgently we need to embrace that change.

Early when I started work on Night in the World, I rented retreat space on Toronto Island. Over a year or so of those visits, the novel that had been set in northern Ontario got pulled into the city and onto that peculiar and beautiful sandbar, which lies between downtown and the open lake. That Toronto has an island, one large enough to accommodate a community, is both interesting and unusual, yet many city residents have never been there. Toronto rests on the shores of a great lake, but people don’t go there much either. There are few public beaches or marinas and no fishery. 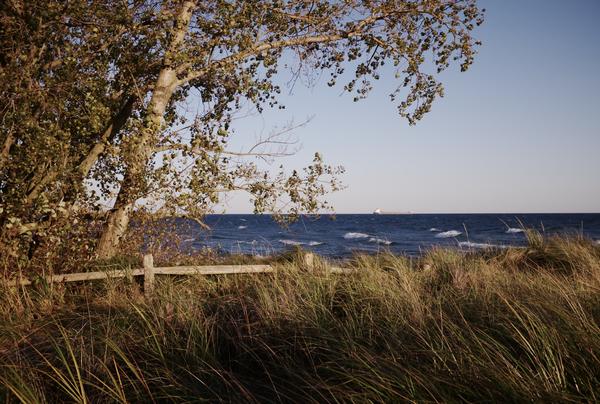 A photo of the wilder parts of the Toronto Islands. [Photo by Flickr user Nicolas Vigier, under public domain.]

The island, the lake—such places remain hidden in plain sight in cities and counties everywhere, like the animal trails and herbs outside my door, or the fields that grow the food we eat. We see them, but in so general a way that they’re backdrops, abstractions: blurs of colour, movement, sounds.

Everyone’s had the experience, though, of learning to see—or hear—what’s been muffled by their muted senses and conditioning: you learn a new word, or the name of a band or tree, then come across it several times in a week; you learn the call of a bird, then begin hearing it every day. Life becomes sweeter and larger as more world speaks to you. Background moves to fore.

Over years the island helped me sense the land, wind and water more insistently, and to move through the rest of my life with new sensitivity. I thought differently about who we mean by ‘we,’ and how there is no such thing as isolation once you realize that all of life is speaking.

Does the earth sense our illnesses, physically and mentally, and respond like an immune system responds—sending in new agents to restore balance? Or even, simply, respond as a caregiver? Researchers have begun describing in scientific terms how trees and plants communicate through chemical signals, so it’s logical to assume their awareness extends to our own chemistry. We are part of their field—embraced, whether we realize it or not. To paraphrase Geronimo, they are all listening to what we have to say.

Sharon English has published two collections of short stories, Uncomfortably Numb and Zero Gravity, as well as stories and essays in numerous journals. Zero Gravity was longlisted for the Giller Prize and ReLit Award, and included in the Globe & Mail's Top 100 titles for the year. Originally from London, Ontario, Sharon lived for many years in Toronto and now makes her home in Nova Scotia.

Thanks to Sharon for awakening our own senses to the nature around us. 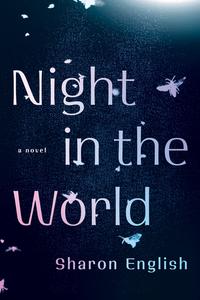 Interview with Amber McMillian, author of The Running Trees