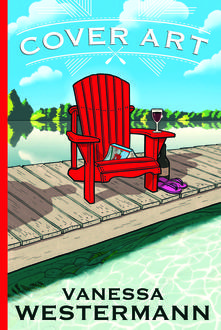 As the long weekend approaches, many of us can't wait to relax and curl up with a good book or catch up on some movies. But what if your long weekend turned into a Hallmark mystery movie? Discover Vanessa Westermann's new novel  Cover Art(Cormorant Books), where a death-by-chocolate homicide investigation begins to unravel.

In this week's edition of Where in Canada, Vanessa Westermann shares her love for the Kawarthas, a place where people "see their true selves reflected back at them in the water."

See more details below
Tagged: Cover Art, Where in Canada

I wanted to whisk readers away on a vacation to the Kawarthas, between the pages of my cozy mystery Cover Art — a paperback weekend pass to cottage country, without the rush hour drive.

A cozy mystery is a whodunit featuring an amateur sleuth, a distinctive setting and a limited number of suspects. The focus is as much on the sleuth’s world, her setting and personal life, as on the murder. In the Kawarthas, the conflict between locals and cottagers, escaping the city for the wilderness, plays out against a scenic backdrop of white pines, bare rock ridges and sundrenched lakes.

In the heart of the Kawartha countryside, my fictional village nestles on the shores of Blue Heron Lake, at a crossroads between barns and laneways, ploughed fields and sugar bush. Oakcrest has the pace of a country village, but the quaint specialty shops and vibrant arts community of a city. Only a two-hour drive from Toronto, the waterfront cottages, Adirondack chairs, and boats cruising by attract weekenders to the picturesque getaway.

That constant influx of visitors—arriving with the black flies and staying until the first red leaves fall from the trees—provide locals with fertile ground for gossip. But when a man is found dead by chocolate, Charley has to uncover the killer’s identity before murder spreads its poison through the lakeside village…

Kawartha is derived from the Ojibwe word Ka-wa-tha, meaning "land of reflections" or “land of shining waters”. The word was later Anglicized by tourism promoters and changed to Kawartha, meaning “bright waters and happy lands”. But people still come to the Kawarthas to see their true selves reflected back at them in the water. As though this place holds some magical power for revealing hidden strength or fulfilling a wish.

Cottagers know that life is better at the lake. I tried to weave this sense of yearning through the story. In Cover Art, Charley Scott is on the verge of giving up on her art, but she takes a chance and opens a summer pop-up gallery in the Kawarthas. Charley and her sister Meghan both inherited a 1950s cottage from their grandparents, with a gabled roof, red shutters and lake view. But Meghan is the one who has been able to build a life in Oakcrest, as the editor of the local newspaper. Charley desperately wants to call it home, too.

My brother and I grew up, spending summers in the Kawarthas — eating s’mores around bonfires, diving off the dock, reading thrillers in Adirondack chairs, while watching canoes drift by.

I still love escaping to the cottage. Driving down back roads, I’ve had to brake for deer, leaping from the trees, and once for a wolf. I’ve seen bears disappear into the thickets and heard coyotes yip late at night. But my favourite sound is a loon calling to its mate across the water.

I tried to infuse all of that and more into the book, with the hopes that readers will pick up Cover Art and feel like they can wring lake water from its pages. 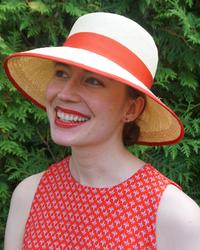 November 19, 2020
Where in Canada: The Night Drummer by Paul Nicholas Mason