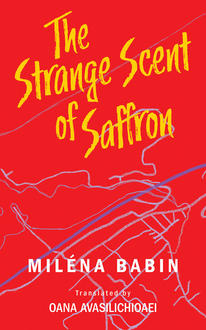 Taking place in a mostly rural region of Québec known as Bas-Saint-Laurent, The Strange Scent of Saffron by Miléna Babin, translated by Oana Avasilichioaei (Guernica Editions) juxtaposes life in a small town setting with the vibrancy of India and the world of illegal saffron trafficking

The Strange Scent of Saffron is set in Bas-Saint-Laurent, a mostly rural region of Quebec, located along the south shore of the lower Saint Lawrence river. From the first chapter, Milena Babin paints an evocative portrait of the setting: a pick-up truck with a dented door; a thrift shop and 80’s fashion trends (leather jackets, jean jackets and Michael Jackson sweatshirts); trailer life: “From the mere hundred and twenty square metres that seem to make up the site, only about half remain once inside the trailer. The ingenuity with which the bed, stove, and kitchenette are packed in to maximize space makes one almost forget the entirely charmless décor. The last meal has left behind a faint briny odour and some cuttings of white onions and potatoes on the counter.”

One of the main settings of the novel is The Gourmand, a restaurant (notably: the only restaurant in the area that serves osso bucco and oysters instead of fast-food) by the highway, surrounded by abandoned stretches of land: "Beyond the fields stretching as far as the eye can see, the sun is slowly sinking behind the mountains. Ravens soar above the deserted highway watching for worms trying to cross the road unaware of their disastrous fate."

Babin describes “the waft of fried grease, beer, and herbs … the scent of pine.” The ceiling is adorned by animal traps. Nil drinks a pint of Canadian. But Babin also addresses several major social issues, which are perhaps even more evocative of the time and place than the physical details. Poverty forces people into a tooth-and-nail fight to make it—including Nil, who steals her meals and her clothes; and who forces her way into Jacob’s life in her fight for survival and freedom.

The AIDS crisis is a major theme of the novel — Jacob, one of the protagonists and the restaurant owner who befriends Nil, is HIV positive (as was his lover Arielle). There are several references to drug and alcohol addiction. Abusive relationships tear up families (what propels Nil to go on the run in the first place). Notably, these issues, portrayed vividly and intensely, are still highly relevant today. 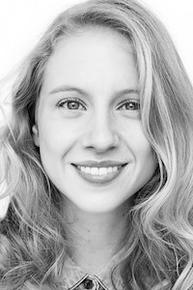 Originally from Carleton-sur-Mer in the Gaspésie, Miléna Babin has lived in Quebec City for the past ten years. In her books, she likes to give life to impulsive and imperfect characters who are often hounded by darkness and suffering, but who find the courage to move toward the light. Exploring the balance between shadow and light is what drives her writing. Her work has been featured in several anthologies, and she has published the novel Les fantômes fument en cachette (Éditions XYZ, 2014) and the children’s book Évelyne, l’enfant-placard (Québec Amérique, 2019). Her second novel, L’étrange odeur du safran (Éditions XYZ, 2018), was shortlisted for the Prix France-Québec 2019. She has also worked as a screenwriter in recent years and is currently adapting L’étrange odeur du safran into a film. 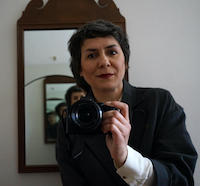 The Strange Scent of Saffron is available on All Lit Up >>

Read on for more Where in Canada >> 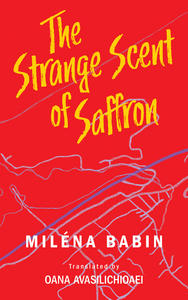 April 21, 2021
Recreational Reading for Your Kids: A Spring Preview