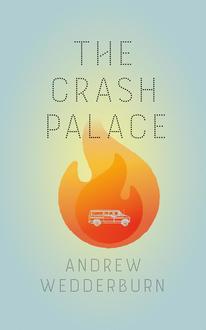 Andrew Wedderburn is a saint in these isolating times—offering holy views of a Calgary landscape, held in nostalgic memory, for all those yearning for the forgotten freedoms of the open road. Andrew joins us in this edition of Where in Canada to tell us more about the scenic western routes that inspired his newest novel The Crash Palace (Coach House Books)—a story that puts its main character Audrey Cole firmly in the driver's seat as she leaves the Alberta oilfields behind in order to confront her past.

I grew up between a couple of towns outside of Calgary: Okotoks, which is right on the border between the prairie and the foothills of the Rockies near Kananaskis Country, and Canmore, just inside the mountains in the Bow Valley. We were back and forth between both places a lot when I was a kid, in our Chrysler station wagon. It’s a transitionary landscape: a belt of changing hills, valleys, fields and ranches, aspen and pine forests, mountain creeks and meltwater lakes. It’s all physically beautiful in a profound way: the shape of a Chinook arch forming in the sky above the western horizon; the way the profiles of the mountains change day to day depending on the light and atmosphere. You can get into a car looking east across an endless flat expanse of flat farmland, and in ninety minutes be on roads that are right at the treeline of the mountainsides. You’re only a few hours away from the interior of B.C. and a whole other set of magical landscapes: the Crowsnest Pass, the Columbia Valley, the Kootenays, the Shuswap and Arrow lakes.

I’ve experienced these landscapes in a lot of different ways, but so often, it’s been driving. As a kid, heading out into B.C. for vacations; as a teenager driving on my own for the first time through the roads around Kananaskis; as a young man in a rock and roll band driving all day between small bars all over Western Canada: I know these places through pick-up truck windshields and van windows.

All of that was the genesis of this novel. I sat down and wrote a scene about a teenager named Audrey who bought and sold old $50 cars to ramble around the Bow Valley in. I wanted to capture that delight in driving freely through a magical landscape with no particular destination in mind.

There’s another landscape of the novel, and that’s the city of Calgary itself, where Audrey, older now, is a pedestrian. A lot of people associate Calgary with sprawl and suburbs and long commutes on Deerfoot trail. I wanted to portray a different view of the city: the street-level view of the Beltline neighbourhood downtown, where Audrey lives with her young daughter.

These landscapes are emotional spaces that Audrey experiences and navigates in different ways through the narrative. All that alpine beauty going by out the windshield is deeply tied to Audrey’s sense of self. When she’s separated from that – when the world shrinks to a few blocks of downtown Calgary—it has a deep impact on her. The action of the novel moves back and forth between the past and present, and Audrey herself moves back and forth from that limitless experience where the only thing holding her back is the amount of gas in her tank, to being physically cut off from that—stranded, trapped, moored. The way she negotiates that is the core of the novel, and I hope people enjoy it. 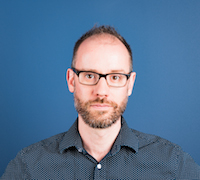 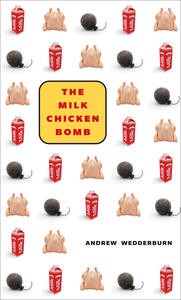 February 19, 2019
Where in Canada: A Glacial River Runs Through Lac/Athabasca

March 27, 2018 by Len Falkenstein
Surveying the Great Divide: Our Environmental Impact in Photographs