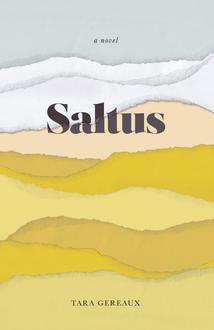 Tara Gereaux is the author of Saltus, a compassionate new novel from Nightwood Editions. Set in the early nineties in the prairie town of the same name, two waitresses spend their evening shifts serving food to the regulars of Harvest Gold Inn and Restaurant while confiding in each other about personal struggles with motherhood and identity. The lives of these characters are thrown into turmoil when they become inadvertently involved in a tragic event.

In this edition of Where in Canada, we talk with Tara in further detail about the novel's rural Saskatchewan setting and how Tara's return to the province—her home—also helped her find the inspiration to return to a discarded draft of the novel.

Tara Gereaux: The Qu’Appelle Valley almost has an otherworldly feel to it—its hills, lakes and river are surrounded by flat, wide open prairie. It’s stunningly beautiful, and for me, it’s a restorative place. Driving down that hill into town always feels like coming home, no matter how far or how long I’ve been away. The way the character Al feels about the summer of 1944, is how I feel about the valley—it’s etched in my bones.

But as bracing and energizing as the landscape is, it can also change depending on where you are in life. Living in a small town can heighten feelings of isolation and loneliness, and of being disconnected. These feelings can be further exacerbated when the town is down in a valley and hemmed in by hills. You can feel trapped. Stuck.

It’s these feelings that I was exploring in Saltus—the external setting mirroring the characters’ internal struggles.

While the story is inspired by a real place and a real event, it is fictional. So in order to free myself from some of the “real,” I changed names—the name of the town, streets, bodies of water. Doing so allowed me to explore the fictional world and its characters. In the end, while the characters and place names are all fictional, I hope I captured part of the mood, or essence of what it’s like to live in that place, that valley.

ALU: You lived away from Saskatchewan for many years. Why did you return, and what was that like?

TG: Throughout 2009, writing and story editing work in film and tv on the west coast was hard to find—productions were drying up due to the recession. It was a challenging time, which was further compounded by the end of a long-term relationship. All of that made me want to be closer to family again. The plan was to return to Saskatchewan for a short, six-month stint to recover and regroup, and to decide how to move forward again in Vancouver. I’d been living in B.C. for nearly two decades so I had no reason to doubt I wouldn’t return.

But when I arrived back in Saskatchewan at the beginning of fall 2009, over the first few days and weeks that I settled in, I was overcome with a feeling I hadn’t expected—the feeling of being home. It hit me hard. It was more than being close to family again—it was the light, the smell, the land. This is where I’m from—it’s a part of me and me of it.  Six-months has now stretched into almost twelve years, and I’m not sure if I’ll leave again.

ALU: Do you find it easier to write about setting while you are in a place, or while you are away from it? Were you in Saskatchewan while you were writing this book?

TG: I wrote a draft of the story when I was living on the west coast, but it was a completely different story and was told entirely from the perspective of only one of the characters from Saltus. But it didn’t work, and for many reasons. For one, it my first attempt at a novel and I was figuring out how to write fiction, which is very different from writing for film and television. I ended up by tossing that draft but couldn’t shake the idea of the story—it stayed with me.

When I came back to Saskatchewan and had been living back here for a few years, I was finally able to return it when I approached it from a “town” and multiple character perspective. I think being back home helped me to figure that out.

ALU: How are the characters influenced by where they live?

TG: The geography of the landscape impacts the characters’ inner lives. Their feelings of being stuck in their lives are fuelled and heightened by where they live. That the physical landscape around them is down—and separate—from the rest of the land around them, makes them feel separate too. 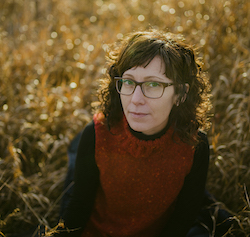 Tara Gereaux’s first book,  Size of a Fist  (Thistledown Press, 2015), was nominated for two Saskatchewan Book Awards. Her writing has been published in several literary magazines and has won awards, including the City of Regina Writing Award in 2016 and 2019. After graduating with an MFA in creative writing from the University of British Columbia, Tara worked as a story editor and writer in film and television for ten years. From the Qu’Appelle Valley in Saskatchewan and of Métis and European heritage, Tara lived in Vancouver for nearly two decades before returning to her home on the prairie. She lives in Regina, SK.