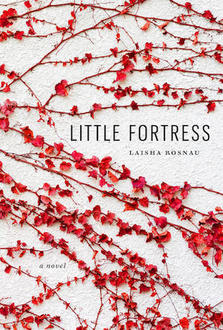 Where in Canada: Little Fortress

In Laisha Rosnau's Little Fortress (Wolsak and Wynn), the widow of an Italian Duke, her daughter and the family secretary take refuge from the grips of Mussolini's reign in Vernon, B.C.– locking themselves away for 25 years. What follows is a story of friendship, class, betrayal and love. Laisha takes us deeper into the book's setting to explain the contradiction of the Okanagan, as a place that offers both freedom and a feeling of confinement.

Little Fortress traces the lives three women – the widow of an Italian duke, her daughter, and their family secretary – who shut themselves into a house in a small town in interior BC for twenty-five years. The novel is told through Miss Juul, who unravels not only her own past, but that of her employer, Ofelia, and her daughter, Sveva.

Duke Leone Caetani de Sermonetta was heir apparent of a noble Roman family, and a minister in Italian government. In part because of his opposition to Mussolini’s dictatorial sway over parliament, the duke left behind his titles and wealth and moved his family – Ofelia and their young daughter, Sveva – into exile, taking Miss Juul with them.

What attracted Duke Caetani to the Okanagan is what attracts people now – jewel-toned lakes, rolling grassland, blossoming orchards, mountains thick with trees. A valley bathed in sunshine in the summer, cloaked in clouds in the winter. A land of opportunity – for some.

When the family arrived in Vernon in 1921, it would have been to dirt roads and wooden sidewalks, a WWI internment camp closed a year before, the fences still barricading the site. The local Okanagan indigenous peoples, the Syilx, were segregated to a reserve, requiring written permission to leave its borders.

The family travelled back and forth between Europe and Canada, until the 1929 stock market crash wiped out most of their wealth. When the duke passed away in 1935, Ofelia, her seventeen-year-old daughter, Sveva, and Miss Juul pulled closed the doors of their home, and would not emerge again until Ofelia’s death, twenty-five years later.

The New World, the Western frontier, the wilds of British Columbia were a romanticized ideal open for the taking to some – whether European nobility in 1921 or those with extravagant vacation homes and family-owned wineries now. In 2020, housing is increasingly unaffordable and drug-use and homelessness eats away the heart of downtown, while resorts, spas and golf courses are built on the unceded traditional territories of the Syilx people.

The Okanagan in Little Fortress, as it is today, is a place of contradiction. A place of boundless natural beauty where valleys and highways converge, as do the people panhandling on main street and those sipping wine and eating local-sourced food on sun-dappled patios.

Vernon is the place I ran through my back field up the road from the house on Pleasant Valley Road where the characters in Little Fortress had secluded themselves. I walked by their house countless times, daydreaming of the day I’d leave this small valley. I left at the same age as Sveva was when she withdrew into the house with her mother and Miss Juul.

The Okanagan is a valley so small it’s enveloping, the mountains and changing skies suggesting a bigger, wider world. Vernon is the kind of place one longs to escape, and longs to return to – and so I did. I then wrote about people who saw it as a new world, then became trapped here, before we – Sveva Caetani, Miss Juul, and I – made it our home on our own terms, contradictions and all, praying for a break in the clouds or shielding our eyes from the brightness of the sun.

Laisha Rosnau is an award-winning poet and novelist, author of four collections of poetry and two novels. She lives in Coldstream, BC, where she is the cultural program coordinator at Vernon Museum and Archives, and she and her family are resident caretakers of Bishop Wild Bird Sanctuary.

Thank you to Laisha Rosnau for joining us on the ALU blog and to Wolsak & Wynn for connecting us!

Grab your copy of Little Fortress on ALU and read more

from our  Where in Canada column>> 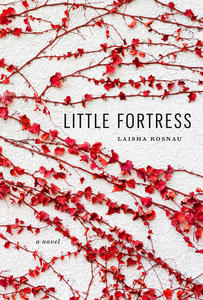