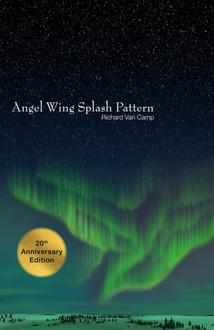 Celebrated as one of Canada's well-known and award-winning Indigenous authors, Richard Van Camp began his career with a collection of short stories— Angel Wing Splash Pattern (Kegedonce Press)—a playful, profound collection of stories that are very much grounded in the territory of Canada's North, and especially that of the Tłįchϙ Dene people, that honestly and poignantly depicts contemporary Indigenous life. And this month, Kegedonce Press is set to publish a 20th anniversary special edition of Angel Wing Splash Pattern complete with new materials, including two illustrated stories, to honour Richard's prolific career. We were lucky enough to have Richard share the significance of location in his stories, and how Fort Smith, Northwest Territories is the third best place to peek the northern lights.

I want the whole world to know about Fort Smith, NWT. Where I was born and where I’m from, you drive with one hand on the wheel and one hand in the air waving to your cousins, aunties, uncles, friends and Elders. Yup, we are the hickey and nickname capital of Canada. Also, the third best place to see the northern lights. Also, gateway to Wood Buffalo National Park. Also, one of the most wheelchair accessible communities in all of Canada. Also, where my mom went to Residential School for 12 years. (Her number was 12).

We’re on the 60th parallel straddling the Alberta and NWT border and we are officially quadralingual, so that means French, English, Bush Cree and Dene are spoken at any given time. We have buffalo 40 miles this way and bison 40 miles that way. Angel Wing Splash Pattern and all of my writing is inspired by the laughter, the stories, the healing, the braiding of pop culture and old-time medicine power that I saw and heard about growing up. There’s tough guys here like Torchy and Sfen in my short story “Mermaids” and there’s Ambassadors of Love like Larry Sole in “How I Saved Christmas.” He has his own novel, The Lesser Blessed, which is now a feature film with First Generation Films. It’s a CBC Gem. You can watch it online for free (I think). There’s buddies threatened by change but willing to try like Grant, Brutus, and Clarence in “Let’s Beat The Shit Out Of Herman Rosko” and there’s a cop living his last day on earth in “Snow White Nothing for Miles” (yes, inspired by the Sisters of Mercy song).

I am so proud that my first short story collection turns 20 this year with new additions that include two comics based on the stories and characters from the first edition. They are “Hickey Gone Wrong” illustrated by Christopher Auchter, and Scott Henderson’s adaptation of “Mermaids” as a comic.

It was such a great time to grow up in the '70s and '80s in Fort Smith. Growing up in the KISS Army, watching Tommy Hunter, Degrassi Junior High, Fraggle Rock, Good Rockin’ Tonight, Night Tracks: man, we had it made. At the same time, knowing that I was the grandson of both Pierre and Melanie Washie who were revered as healers with power filled me with pride and wonder.

Fort Smith, NWT: my heartland, my cathedral, my favourite soul inhale. I love how we can two-step to anything and the coffee and tea is always on for friends. Mahsi cho and happy reading.

Oh! Before I forget, you can listen to four of the short stories for free (“Mermaids,” “Sky Burial,” “The Night Charles Bukowski Died” and "the uranium leaking from port radium and rayrock mines is killing us”) here: https://soundcloud.com/richardvancamp/ 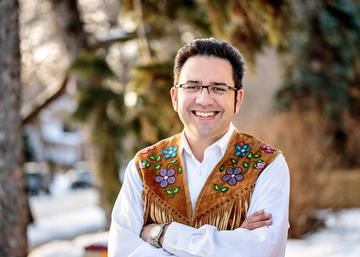 Richard Van Camp is a proud Tłįchϙ Dene from Fort Smith, NWT. He is an internationally renowned storyteller and best-selling author of 24 books in just about every genre. His novel, The Lesser Blessed, is now a feature film with First Generation Films and his graphic novel A Blanket of Butterflies with Scott Henderson was nominated for an Eisner Award. You can visit Richard on Facebook, Twitter, Instagram and at www.richardvancamp.com.

Find more  Where in Canada on the All Lit Up blog >> 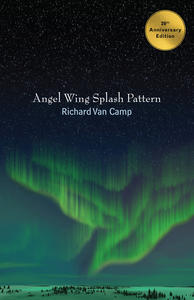